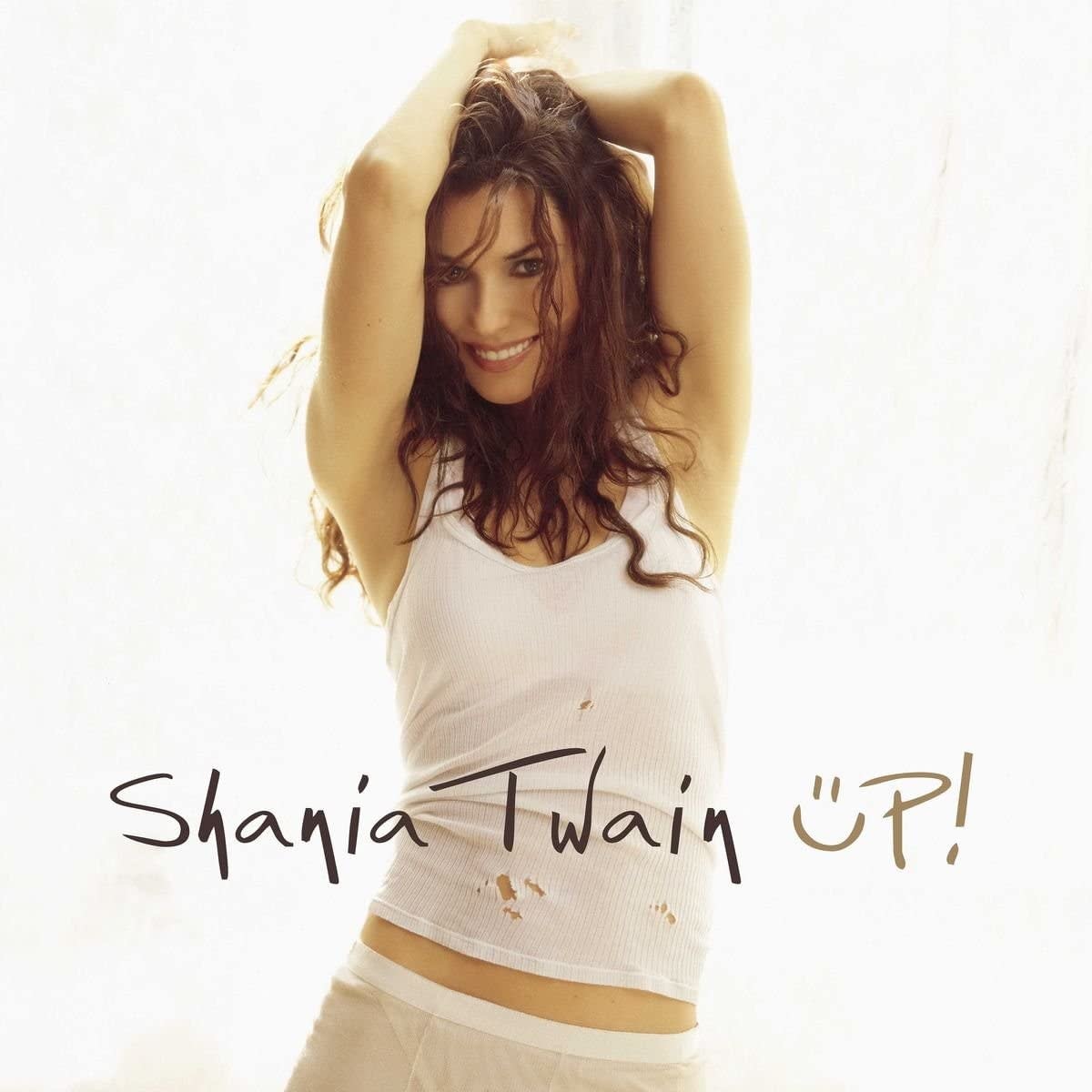 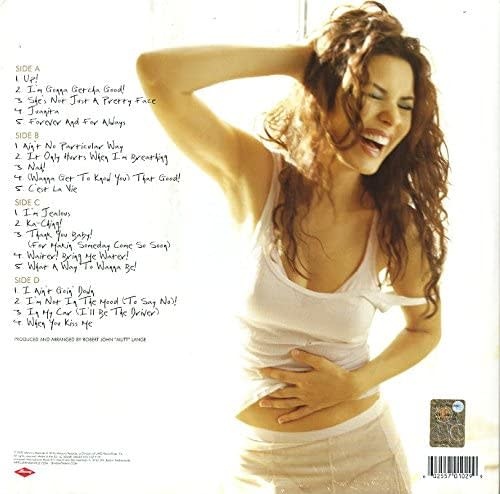 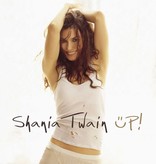 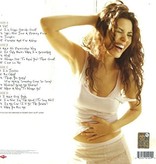 Give Shania Twain points for honesty. Up!, her first new release in five years, offers both pop and country versions of the same 19 songs, the red disc boasting pop renditions while the green proffers country. It's a smart idea, since it allows Twain the freedom to dress a song in whatever arrangements and instrumentation she pleases--without setting herself up for criticism as to whether Canada's Queen of the Bare Midriff spat on the Holy Grail of Nashville.

Often, the only difference is the substitution of pedal steel, fiddle, and banjo for strings, guitars, and keyboards. In these situations, where she employs the same riffs and melodic strains, the country version usually pales in comparison; however, the green disc wins on those songs where the subject matter hits closer to home, especially the unwed mother tune "I Ain't Goin' Down." Twain was never truly a country singer--she was merely marketed that way--and her red disc particularly pleases, while making no excuses. She is what she is: a perky lounge singer with a calculatedly honeyed voice, a penchant for inane lyrics--often about absolutely nothing--and, in tandem with her husband, Mutt Lange, a masterful command of rhythm, production, and mood. ("I'm Gonna Getcha Good!" is confection perfection.)

There's something oddly hypnotic about much of this project, and it may be simply hearing what Shania can do when she abandons the pretense of being a country singer and concentrates on music. Call this a guilty pleasure--pop, country, or somewhere in between. --Alanna Nash