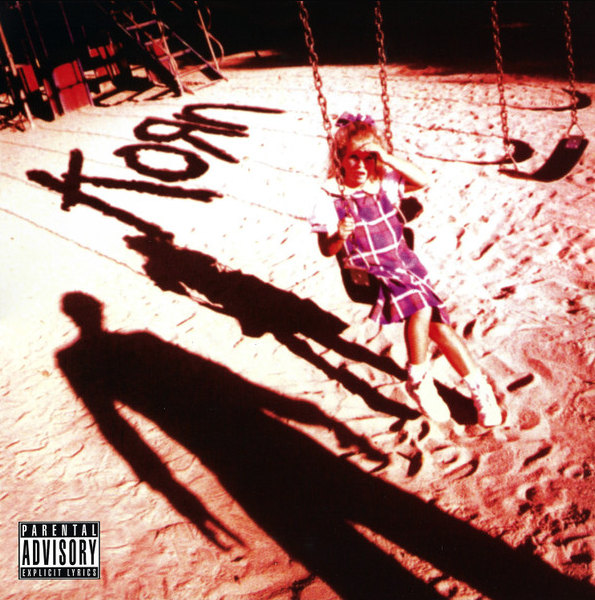 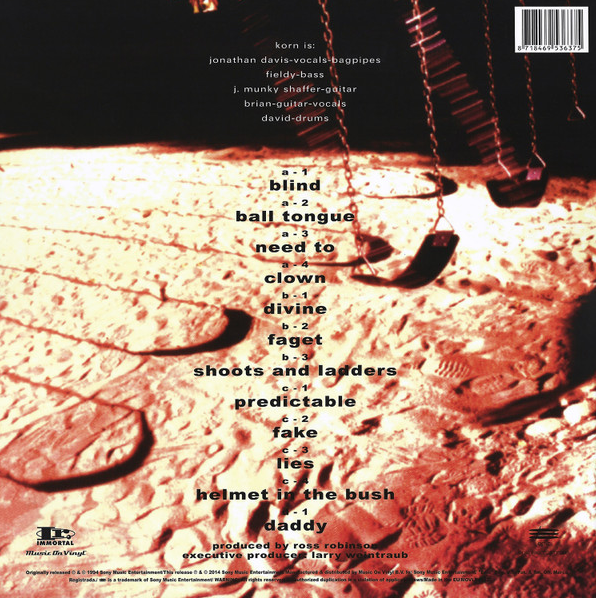 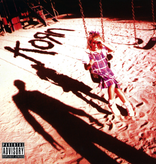 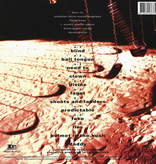 Korn is the eponymous debut studio album by the American Nu-Metal band Korn. It was released in 1994, right after the band toured with Biohazard and House of Pain. The album's themes mainly consisted of both drug and child abuse. Korn was well received by music critics. The band stormed the alternative scene virtually overnight, and is said to have established Nu-Metal.

Bands like Coal Chamber and Limp Bizkit were inspired by the album's rage, emphasizing similar grooves and song structures, including some Hip Hop elements. Slipknot, Machine Head, and Sepultura were also inspired by the album. The album launched the career of record producer Ross Robinson, who later produced albums such as Three Dollar Bill, Yall by Limp Bizkit and Slipknot's first two albums.

A little more than a year after release, the album went Gold in the United States. The album spawned 4 singles; "Blind", followed by "Need To", "Shoots and Ladders" and "Clown". The album has now sold over 10 million copies worldwide and was never before issued on vinyl.