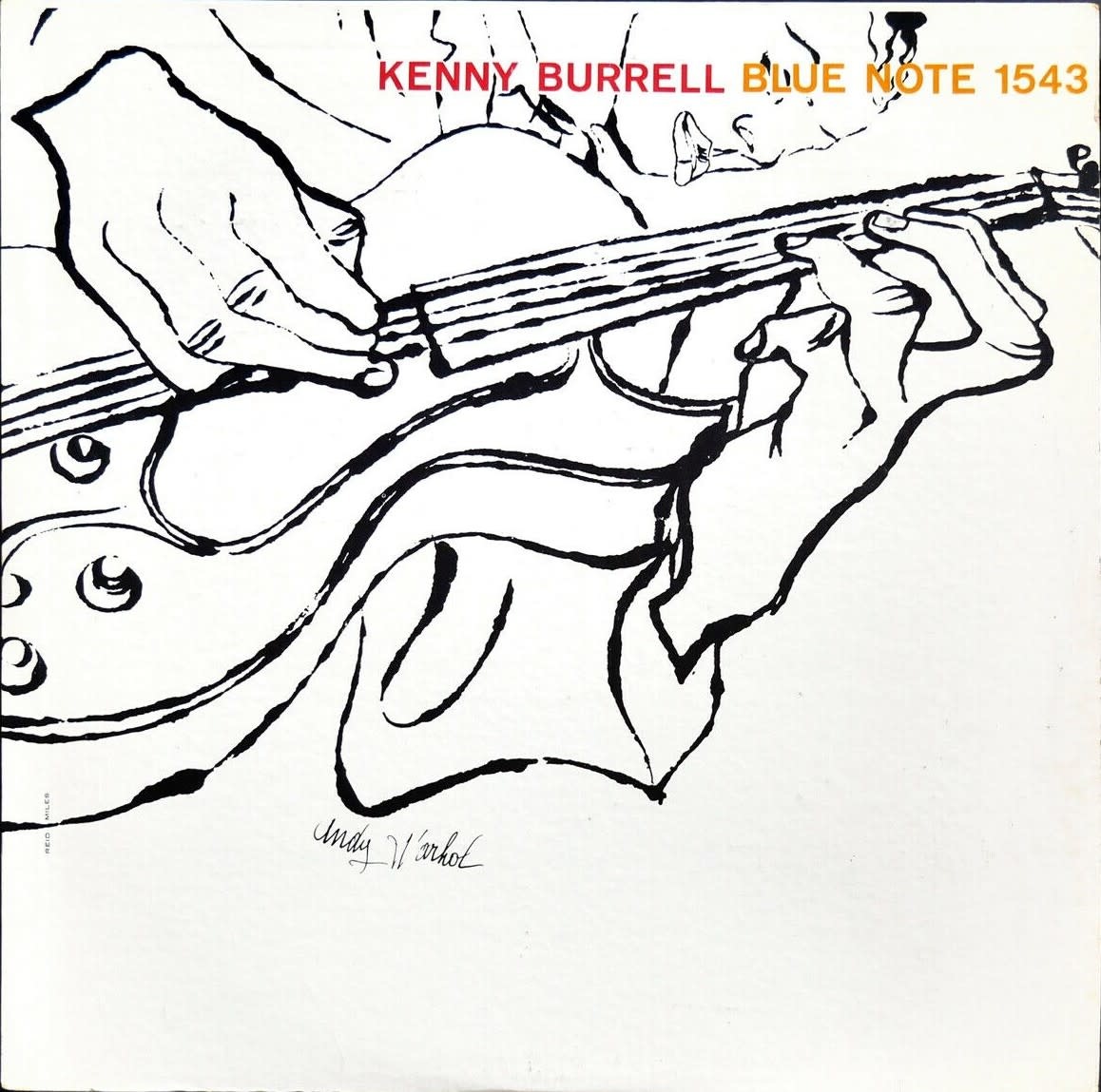 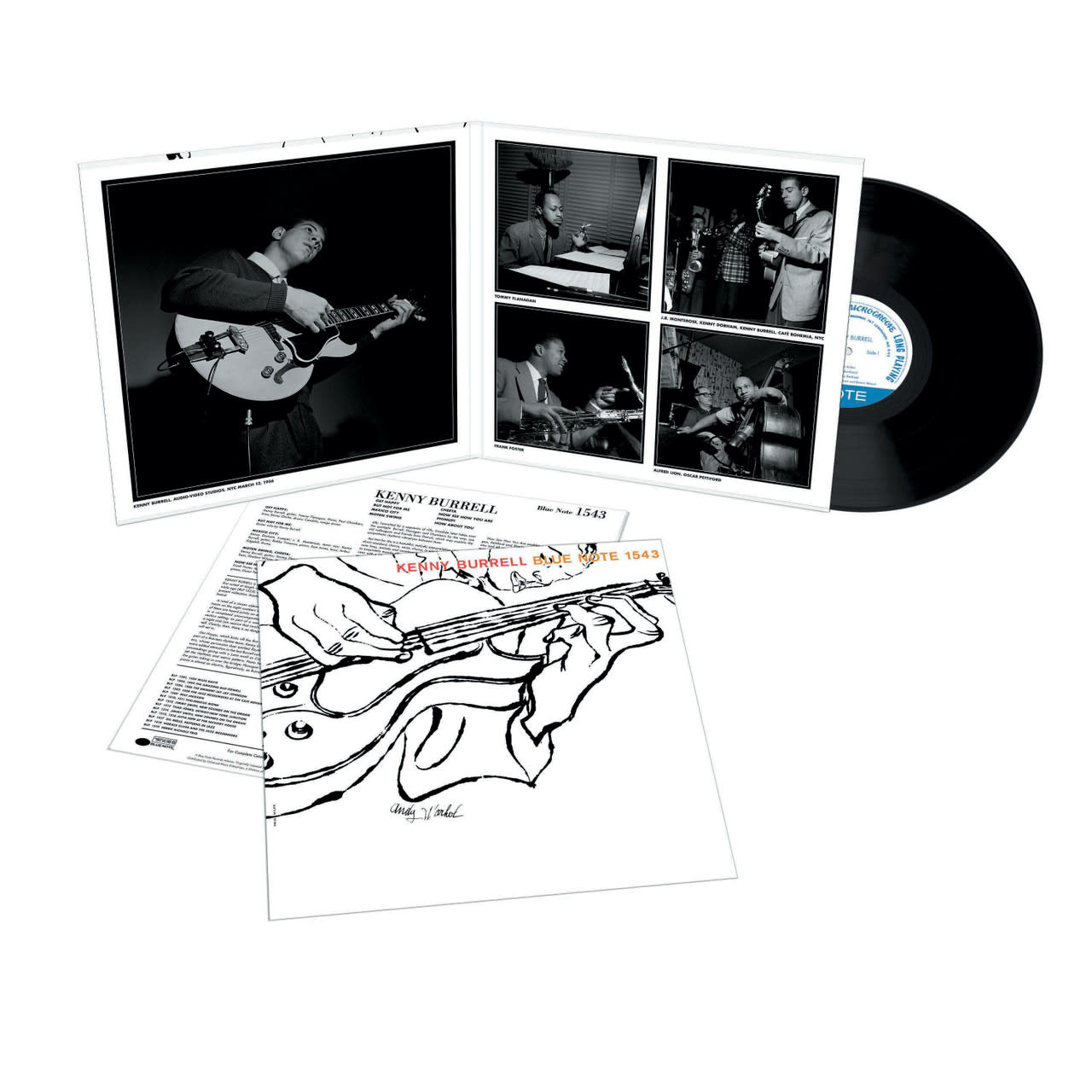 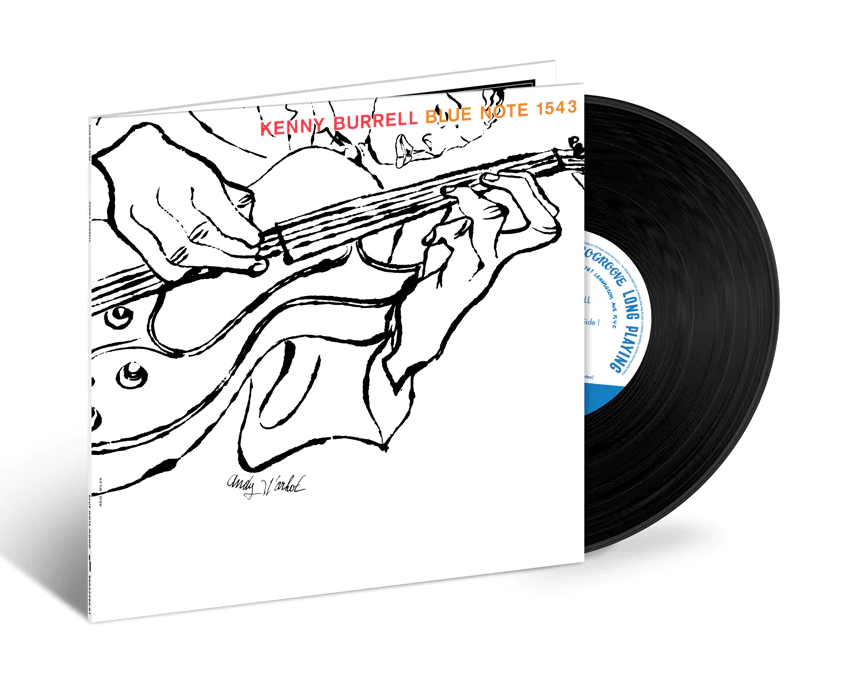 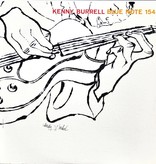 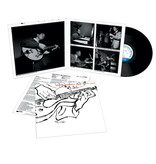 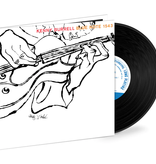 The first thing that strikes you about Kenny Burrell’s second Blue Note album, simply titled Kenny Burrell (BLP 1543) and released as part of Blue Note’s fabled 1500 series, is the cover, which features an illustration by Andy Warhol, the first of three Blue Note covers the soon-to-be famed artist collaborated on with designer Reid Miles. The second is the striking music, which is drawn from four different sessions recorded in 1956 with the great guitarist featured in a variety of different configurations.

The opener, a brisk romp through Harold Arlen’s “Get Happy,” features Tommy Flanagan on piano, Paul Chambers on bass, Kenny Clarke on drums, and Candido on congas. That leads into a stunning solo guitar rendition of the Gershwin tune “But Not For Me,” which is followed by the live track “Mexico City,” a piece by Kenny Dorham and recorded with the trumpeter’s sextet at the Café Bohemia.

Burrell and Flanagan are joined by bassist Oscar Pettiford and drummer Shadow Wilson on the Basie band number “Moten Swing” and Burrell’s “Cheeta,” and tenor saxophonist Frank Foster makes it a quintet for remainder of Side 2 on Pettiford’s “Now See How You Are,” Burrell’s “Phinupi,” and the Burton Lane standard “How About You.”