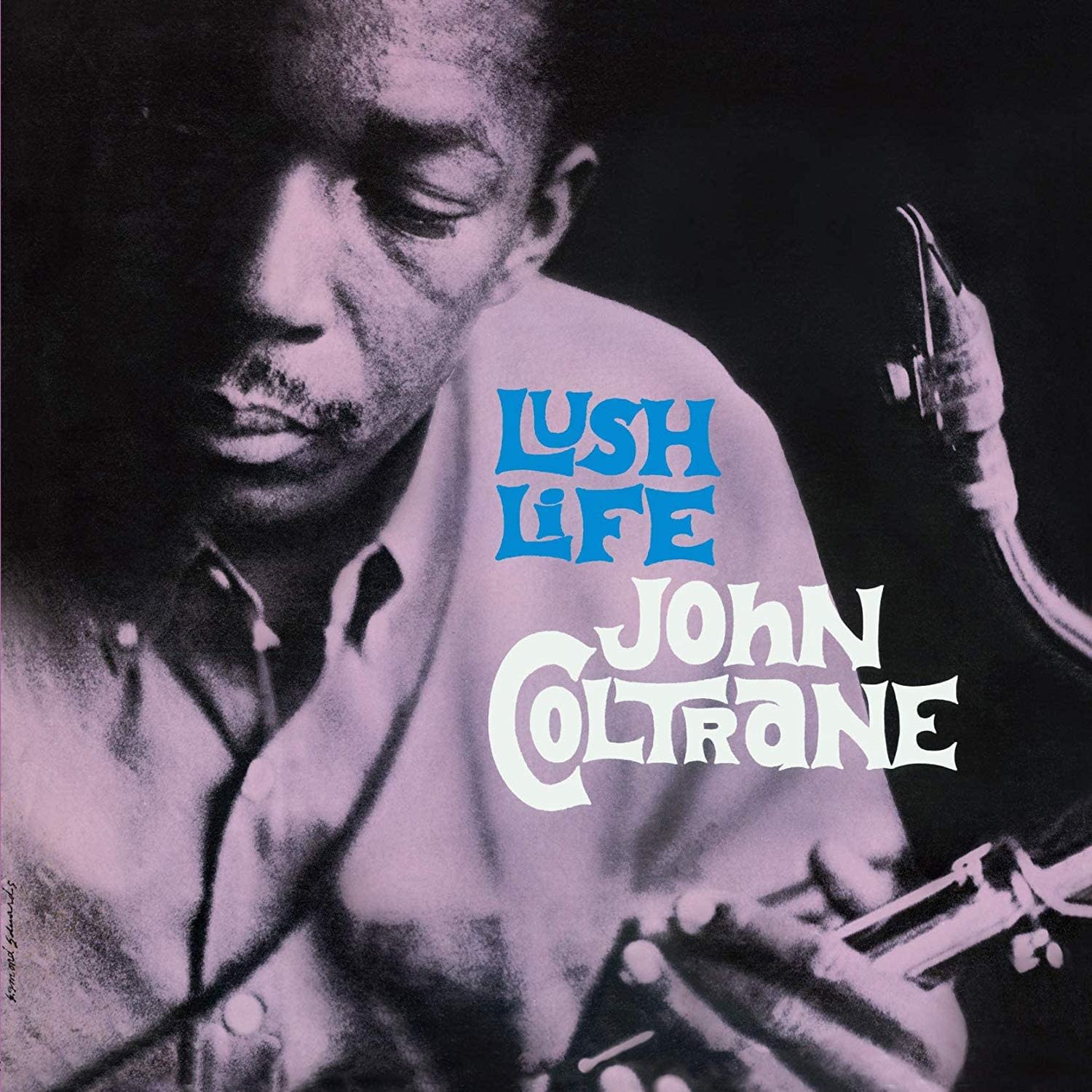 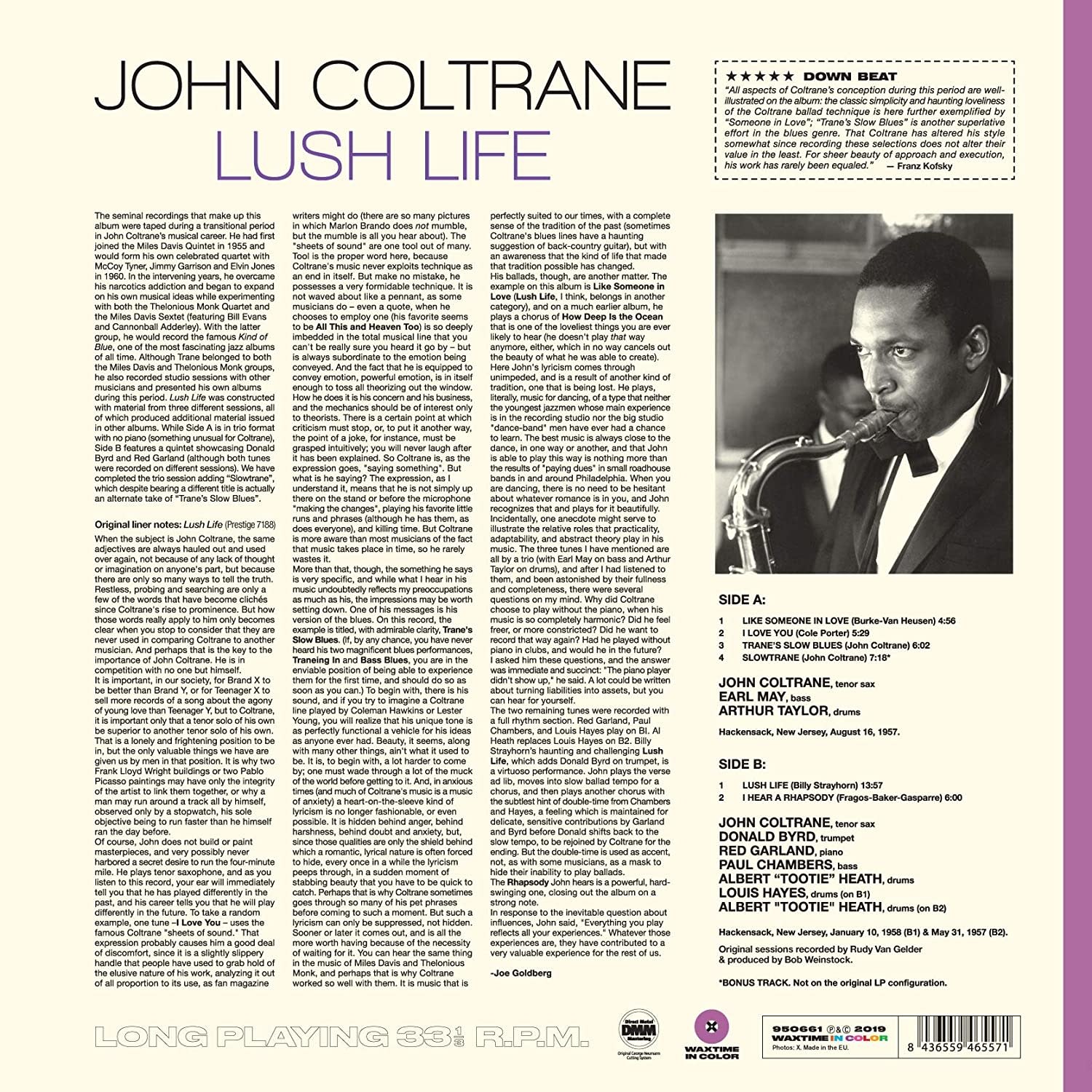 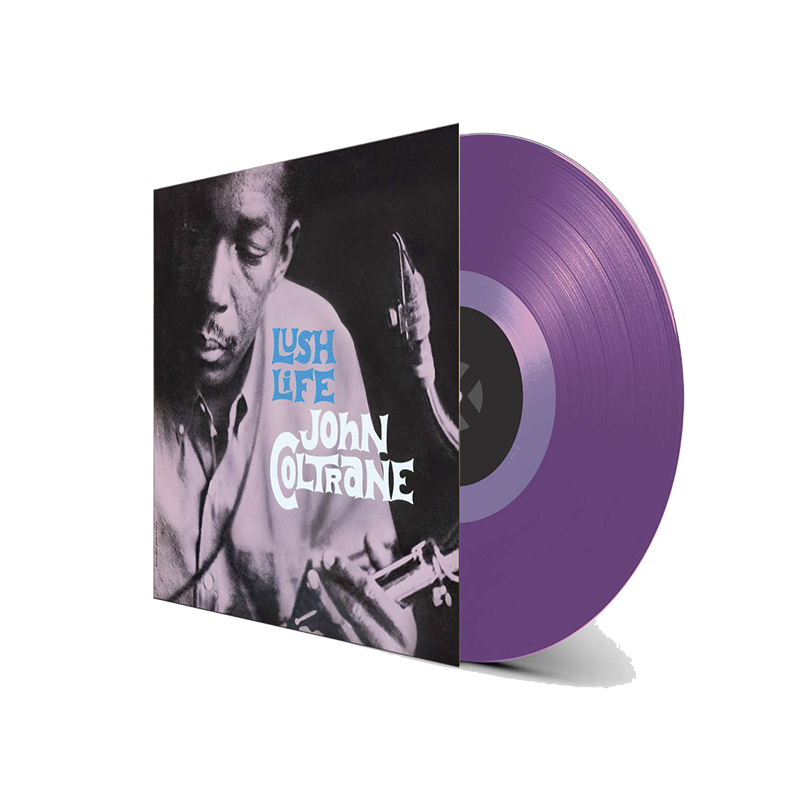 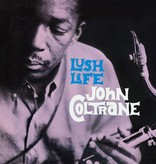 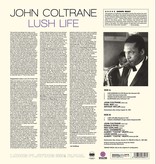 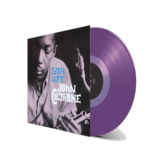 Recorded in three sessions over 1957 and 1958, Lush Life finds Coltrane on the verge of a career breakout. Though he was still a few years away from emerging as an influential and boundary-pushing bandleader, the saxophonist’s mature and complex sound was beginning to grab ears and sell records. Here, he’s accompanied by an all-star lineup of talent, including Red Garland on piano, Paul Chambers on bass, Donald Byrd on trumpet, and Art Taylor on drums. The tracklist, comprised of standards and popular tunes of the day, offers a wide range of moods.

Highlights include Cole Porter’s “I Love You,” the Jimmy Van Heusen/Johnny Burke hit “Like Someone in Love,” and one original—“Trane’s Slo Blues.” In the package’s new liner notes, Grammy Award-winning writer Ashley Kahn points out that the Billy Strayhorn-penned title track—now a jazz standard—was an unusual choice at the time. In the late ‘50s, “Lush Life” was “more of a specialty tune…known primarily by a coterie of jazz players and dedicated fans.” Kahn adds, “One could not with any confidence call it a jam session, hoping that all the players would know the changes and the singer would have a handle on the lyric. Its harmony was complex and unusual, and it did not fit the 32-bar structure most songs followed…How bold it must have been for a John Coltrane album to not only bear the title of Strayhorn’s off-center song, but feature a fourteen-minute interpretation as its centerpiece. This is truly a band version of “Lush Life”—arguably the first—that builds steadily in intensity and offers a variety of textures through its free-wheeling duration.”

Upon its release, Lush Life was a critical and commercial success, garnering a rare five-star review from Downbeat. The album continues to be counted as a standout recording in Coltrane’s all-too-short career. In recent years, AllMusic listed Lush Life “among John Coltrane’s best endeavors on the Prestige label,” while All About Jazz praised that “the record documents Coltrane’s rapid growth over a short period of time while also showcasing how great a talent Coltrane was, even at this early stage.” In his notes, Kahn affirms that the recording “serves to capture the already expansive nature of Coltrane’s approach in late ’57 and early ’58: the love of melody and that melancholy, searching spirit. The restless embellishing, and those sheets of sound just as they began to unfurl.”