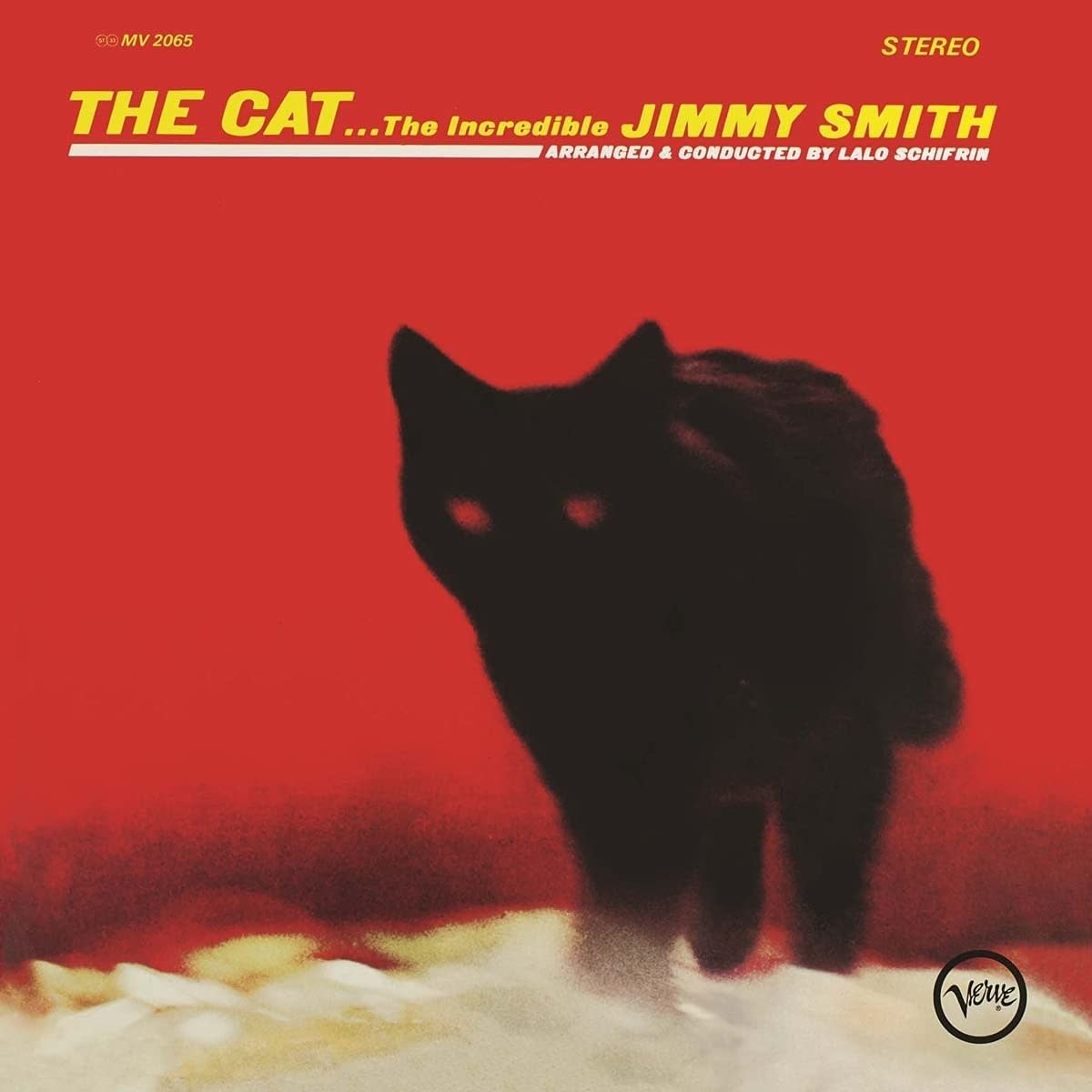 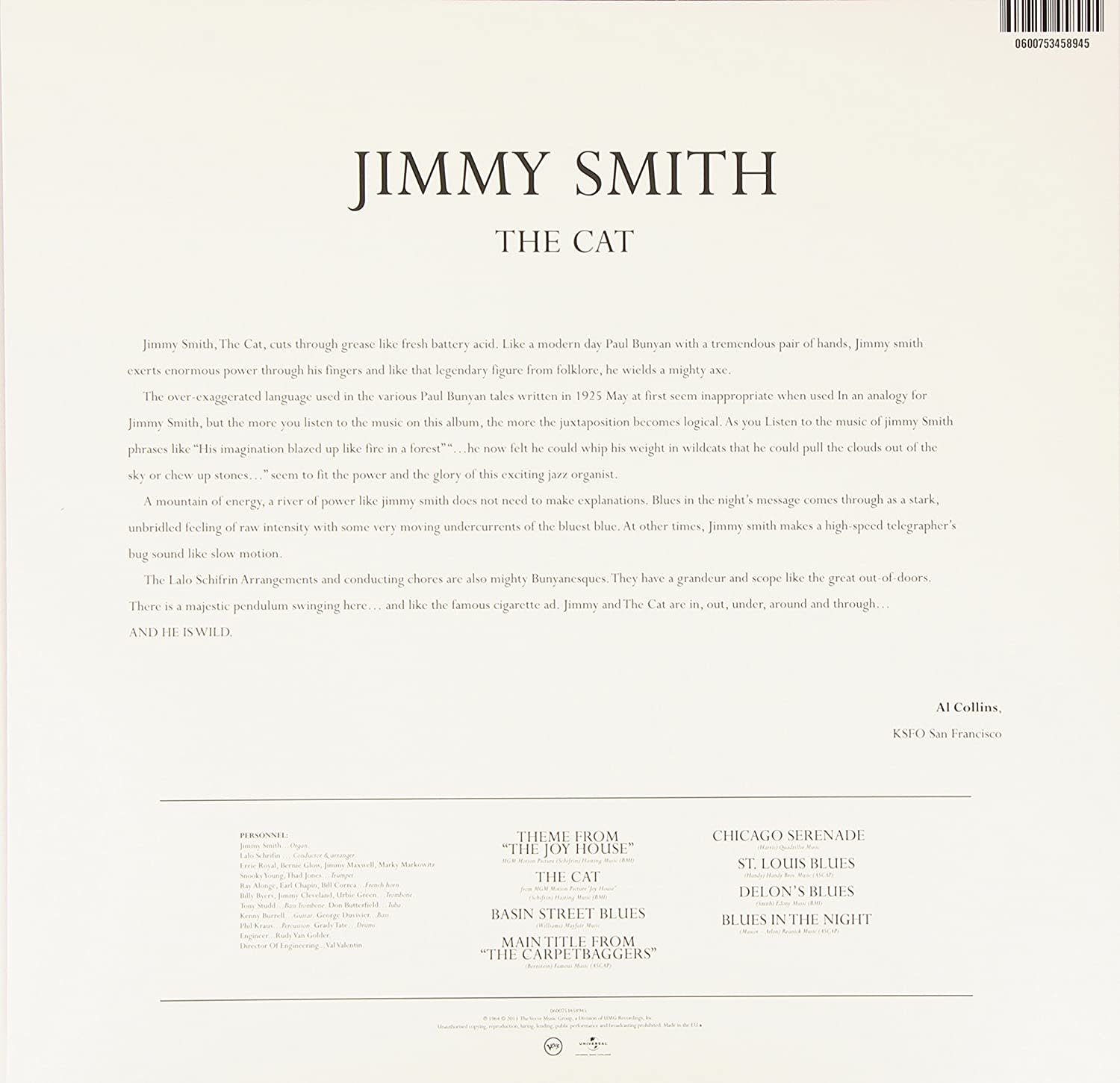 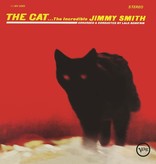 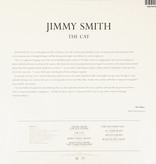 If you know someone who says they don't get Jimmy Smith, just play them this album. It is consummate Hammond B3 playing with the added vibrancy of Lalo Schifrin's arrangements for big band. 'Basin Street Blues' eschews 1960s' sophistication, while the appropriately super cool 'Delon's Blues' is dedicated to the French actor Alain Delon, who Smith had befriended while on tour in Europe in 1963.

Reviewers upon both the album's release and since have been somewhat patronizing in accusing Smith of being 'too commercial,' as though this is some kind of crime and if he were a real jazz artist he would avoid such a thing. This is a joyful, fabulous album that probably got more people listening to jazz than many of its contemporaries.