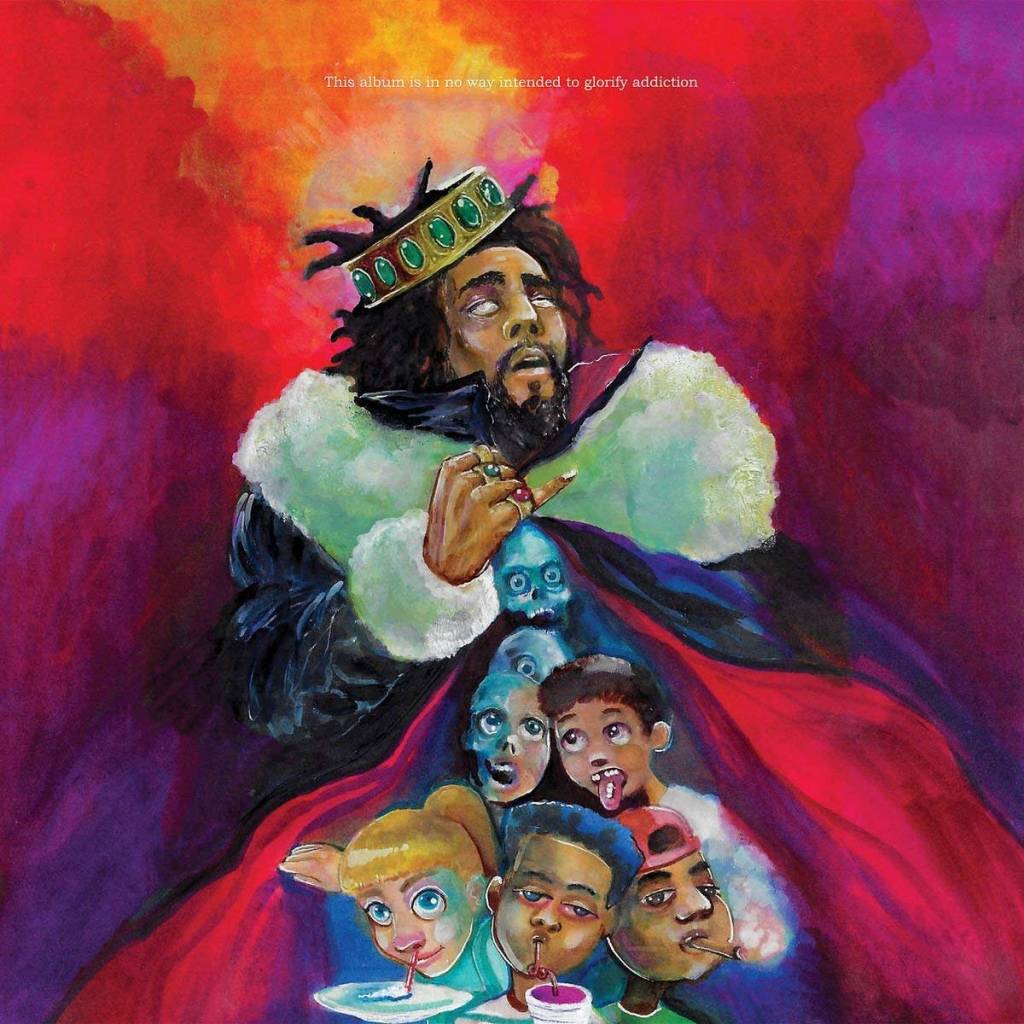 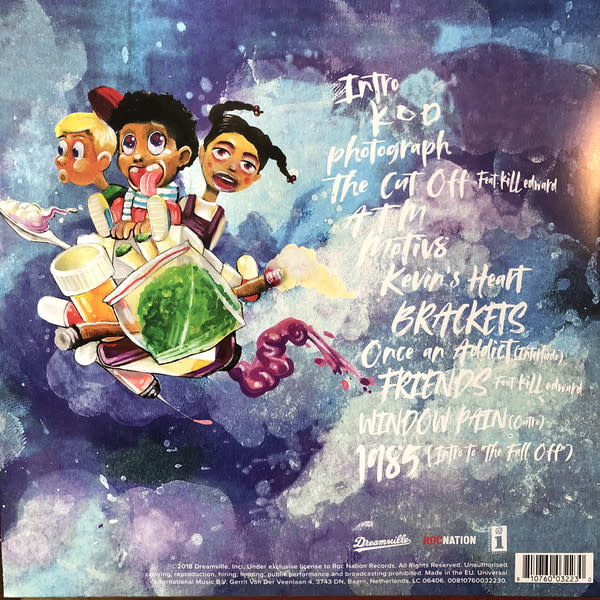 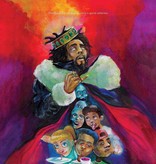 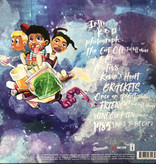 J. Coles surprise release new album KOD. The title has three meanings, "Kids On Drugs," "King Overdosed," and "Killing Our Demons," and Cole's artwork seems to reflect that with themes around royalty, children, substance abuse, and death. An illustrated J. Cole sports a crown on the vibrant cover. It also features several skulls and children doing drugs inside of his robe. "This album is no way intended to glorify addiction," reads the fine print above Cole's head. The back cover also includes drawings of children and drugs. The 12 tracks only feature one artist named kiLL edward on two songs ("The Cut Off" and "Friends"). Some speculate kiLL edward could simply be J. Cole's alter-ego. A song by kiLL edward was uploaded to Spotify this year, and it features a voice that is strikingly similar to Cole's.