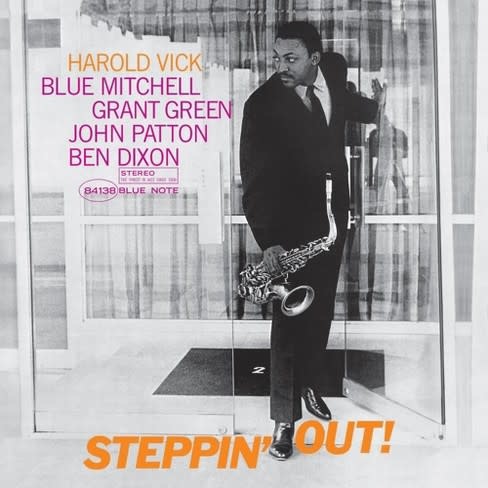 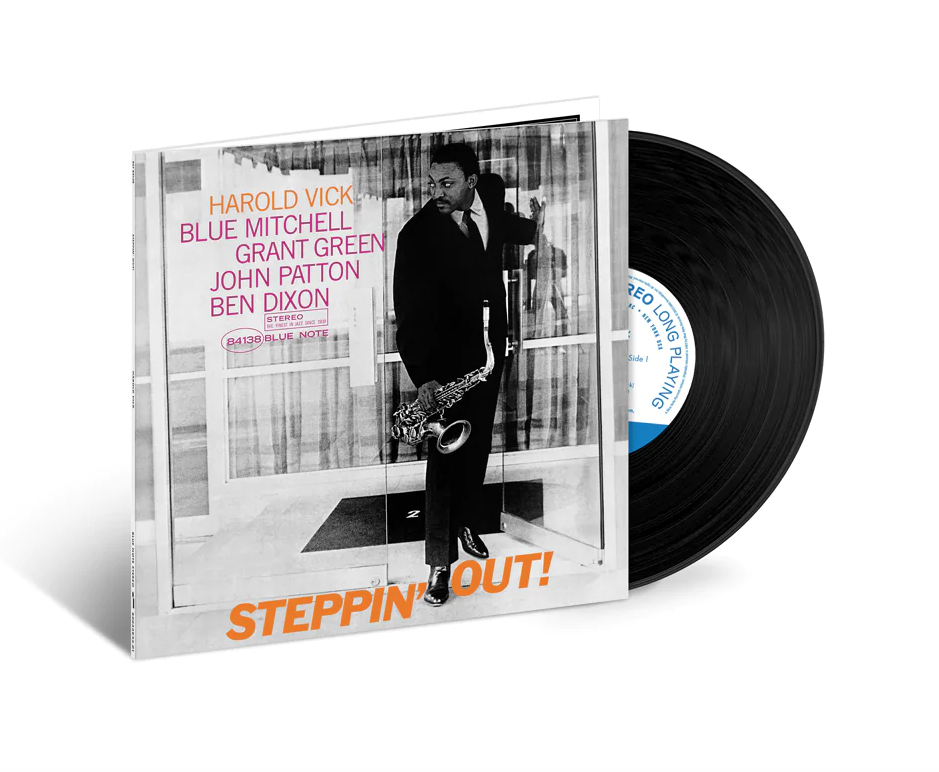 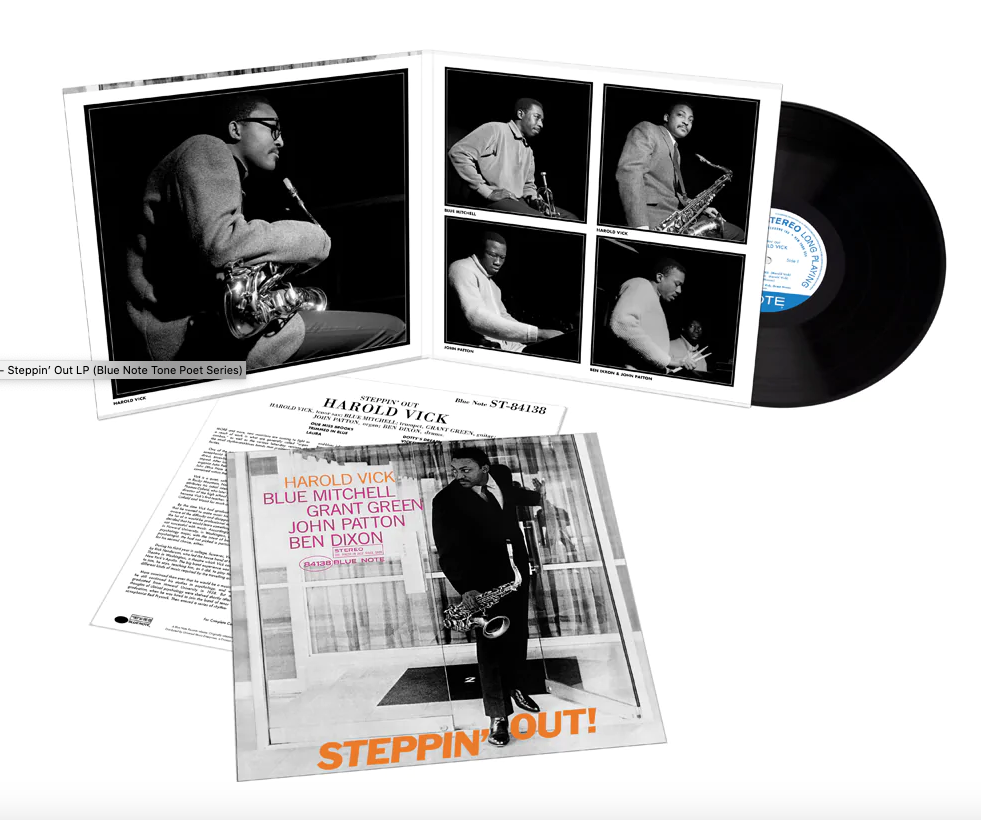 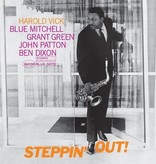 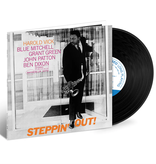 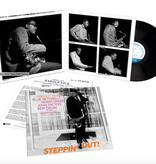 Tenor saxophonist Harold Vick was born in Rocky Mount, North Carolina and played with R&B bands coming up before working as a sideman with soul jazz organ greats including Jack McDuff and Big John Patton. Vick made his first Blue Note appearance in April 1963 on Patton’s Along Came John, and a month later Alfred Lion brought the saxophonist back into the studio to record his own debut as a leader, the underrated soul jazz gem Steppin’ Out.

For the session Vick assembled the same band with Patton on organ, Grant Green on guitar, Ben Dixon on drums, and added Blue Mitchell on trumpet. The record finds its groove from the very first soul drenched notes of the opener “Our Miss Brooks” and stays firmly in the pocket throughout this 6-song set including the hard-charging “Trimmed In Blue,” a deeply felt rendition of the ballad “Laura,” the swaggering minor blues “Vicksville,” and the buoyant title track which closes the album.