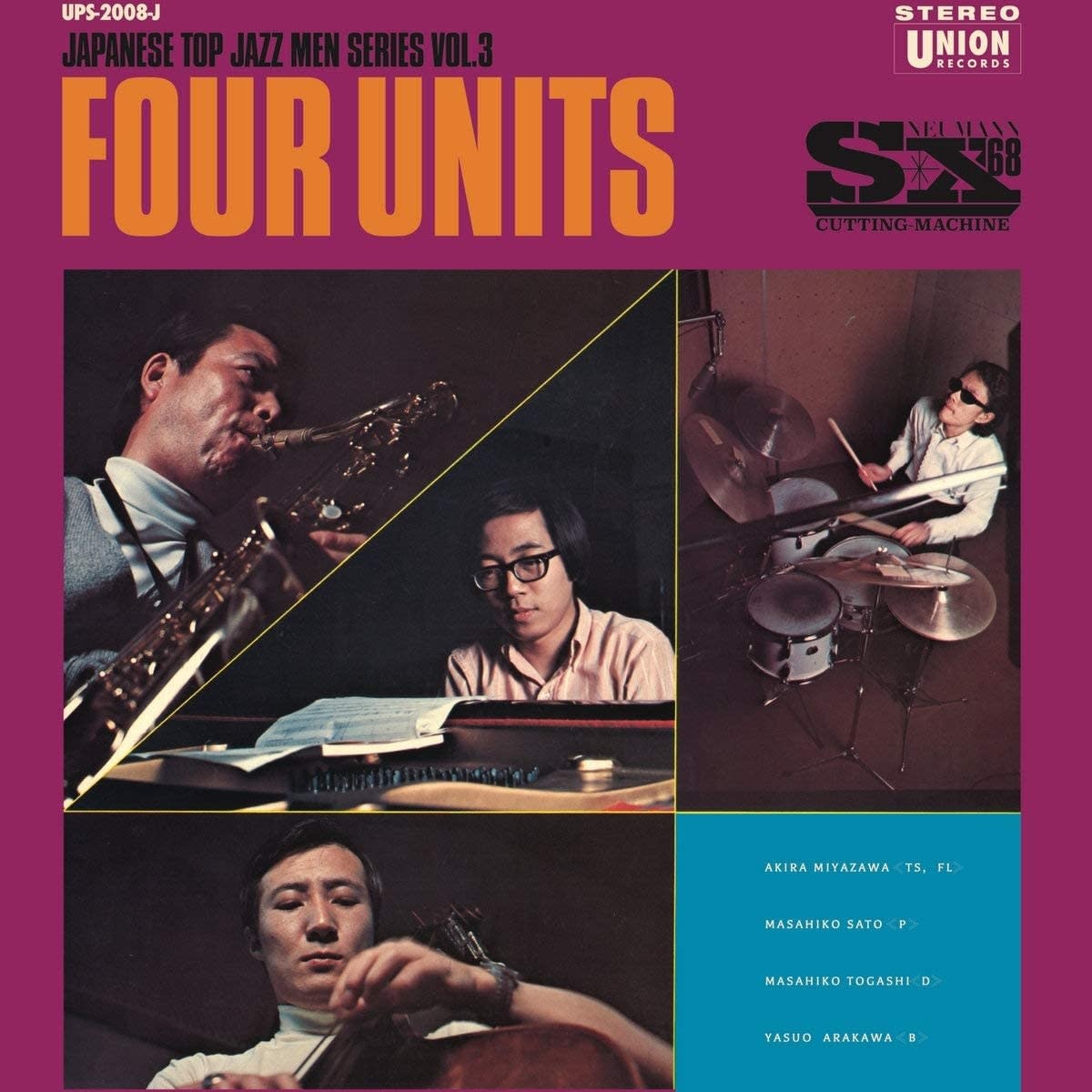 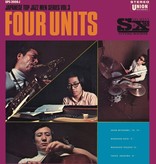 Four Units is a kind of Japanese jazz "all star". Recorded in Tokyo on April 1969, it was released the same year on Union records. On the first two long songs that open this album, "Four Units" and "Dull Slumber", we can feel the influence of the "avant-garde" scene of US jazz (and in particular ESP Disk), without however the music sounding too "free".

A whole new vibe on the astonishing cover of "Scarborough Fair", in a modal style, where the shadow of McCoy Tyner seems to hang over the piano. The next two tracks, "Rainbow Trout" and "Black Bass", are still pretty much along the same line, sometimes oscillating towards "hard bop", the album ending in a blaze of glory with a solo by Masahiko Togashi.

While this album had a second pressing in Japan in the 70s, this is the first time it has been reissued with its gatefold cover. Musicians : Tenor Sax, Flute Akira Miyazawa Piano Masahiko Sato Drums Masahiko Togashi Bass Yasuo Arakawa Recorded in Tokyo, April 2 and 25th 1969