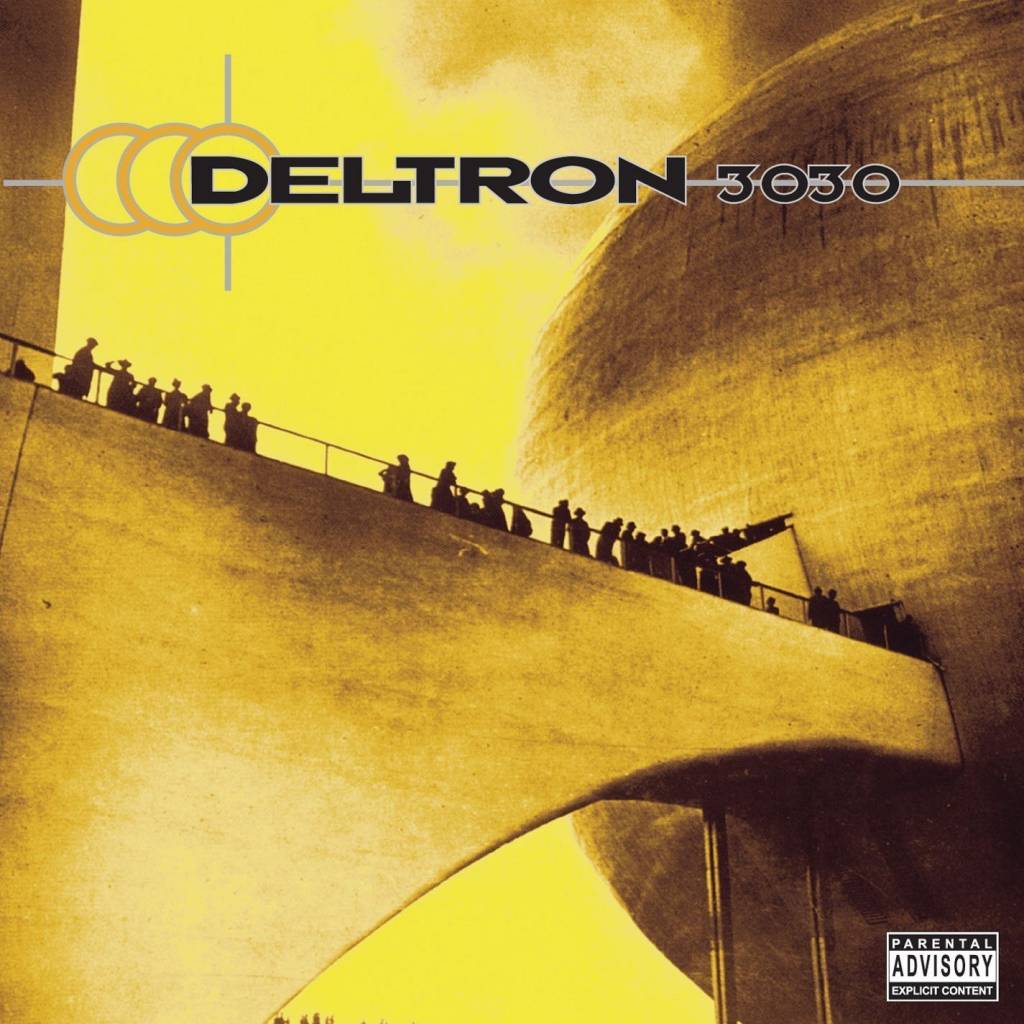 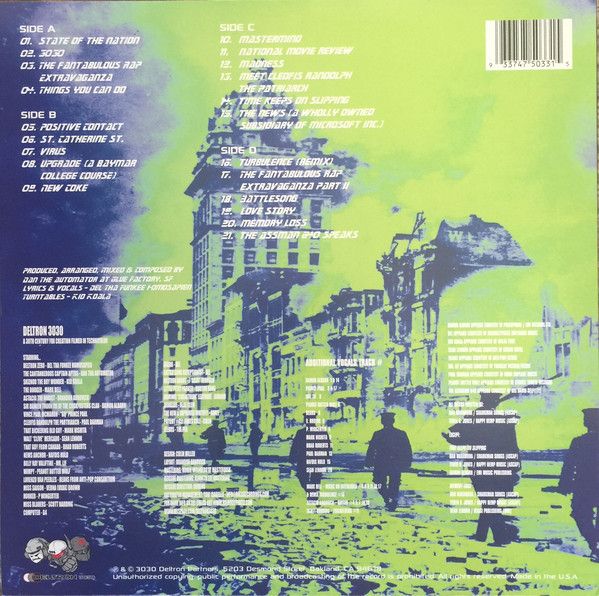 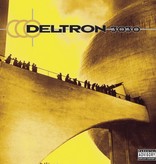 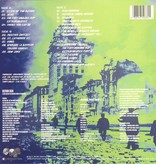 The super group DELTRON 3030 is composed of producer Dan the Automator, rapper Del tha Funkee Homosapien and DJ Kid Koala, and sometimes features guest artists who also take on varying futuristic pseudonyms. Originally released in 2000 on the now-defunct 75ARK record label, this Hip Hop concept album was released the same year as the Gorillaz' first 12" and is on a similar plane.

Following the release of Deltron 3030, all three members participated in the Gorillaz' self-titled debut album. This album takes the listener on a paranoid journey set in a dystopian year 3030 dealing with viruses, the apocalypse, an oppressive government, and a war waged against a huge company called the Corporate Bank of Time that rules the universe, all to the well-crafted and consistent musical backing of the Automator.