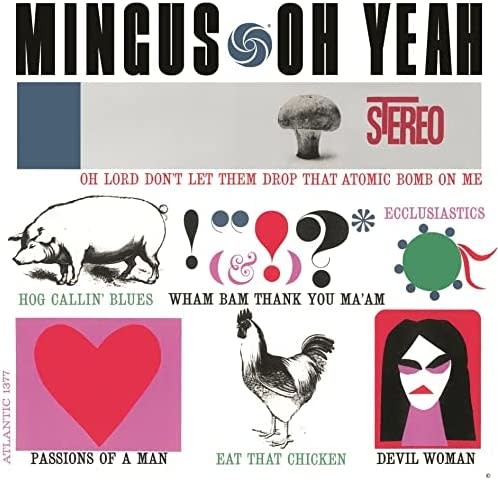 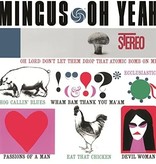 Commenting on this album in 1962, Billboard magazine wrote: »He seems to be everywhere, everywhere that is but on his usual instrument«. Charles Mingus, one of the most impressive musicians in the history of jazz, doesn’t play a single note on the bass for a change, but leads the band from his (blues-)piano – the instrument that he always used for composing. He hits the keys, he sings the blues, he shouts and he encourages – apparently Mingus really found the need to express himself loudly in this album.

(Doug Watkins stood in for him on the contrabass.) "Oh Yeah" is definitely Mingus’s most powerful and passionate album. He calls on two hot, intensive saxophonists – Roland Kirk and Booker Ervin – as well as Jimmy Knepper on the trombone. Kirk is the main soloist, but all three wind-players deliver expressive improvisations, carrying out a non-stop dialogue with one another, and pushing one other to achieve maximum energy. The music is wild and ecstatic, but it’s not free jazz, remaining – as it does – grounded in blues and gospel. "Hog Callin’ Blues" is an enthralling shuffle with a wealth of riffs, "Devil Woman" a clever slow blues with inventive wind figures.

"Ecclusiastics", with its constant change of rhythm and expression alternating between gospel and blues has the most complex form. Blues has always been a part of a black church service, said Mingus. "Eat That Chicken" (a homage to Fats Waller and his favourite food) even plays around with an old-time, Dixie feeling. Humour is never far away. Even in the atomic bomb song (this too, a sort of churchy blues) one hears the words: »Don’t let ’em drop it! Stop it! Be-bop it!«