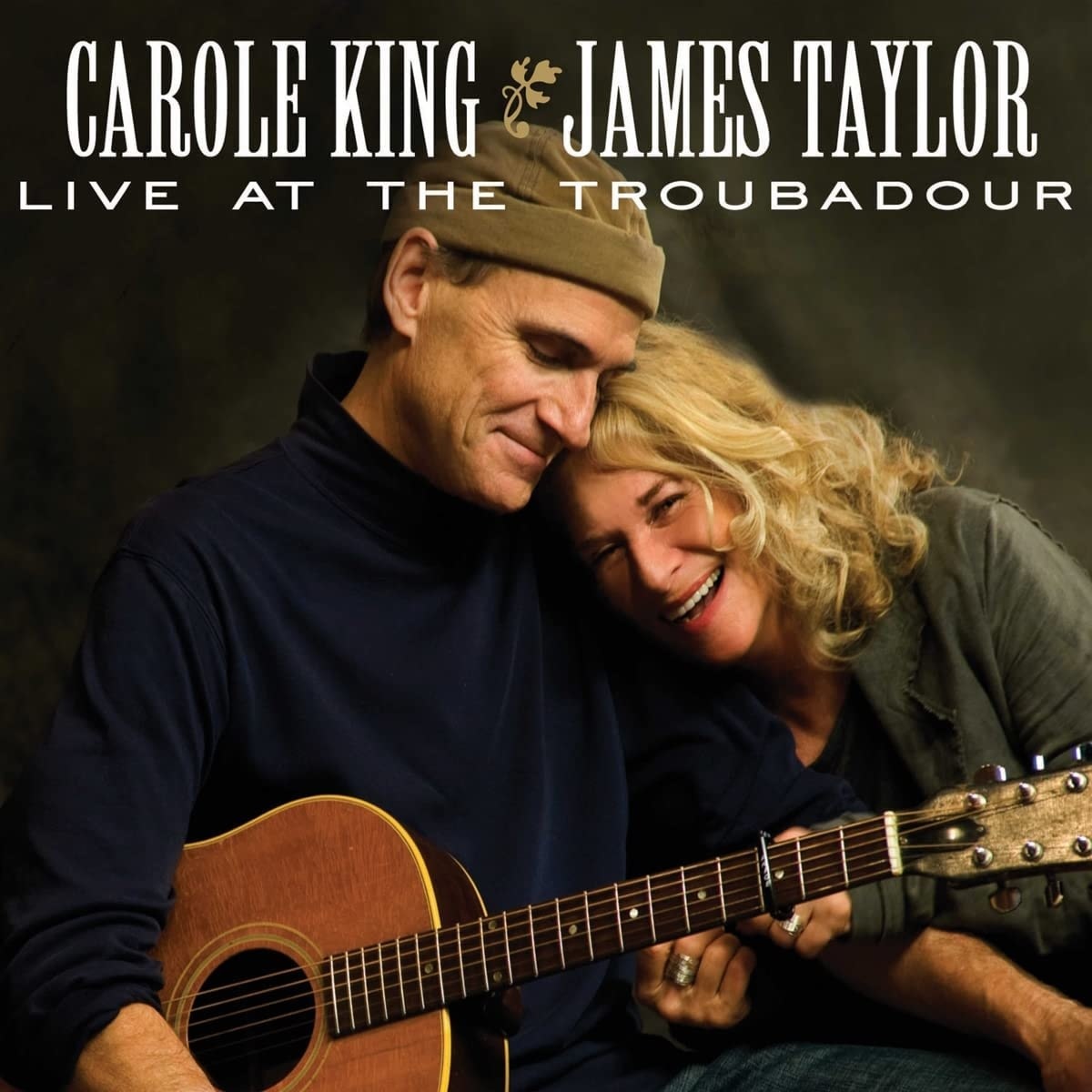 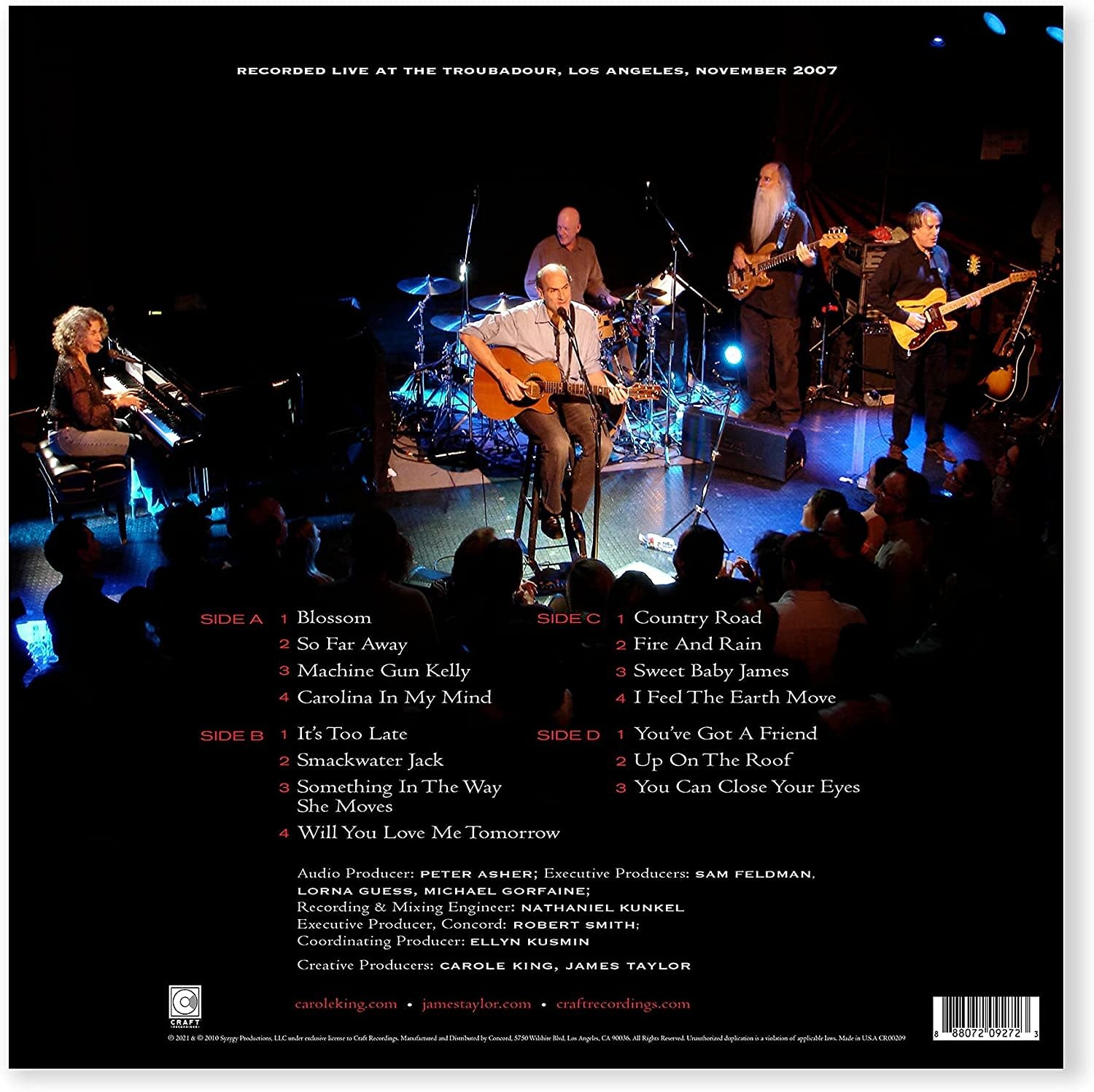 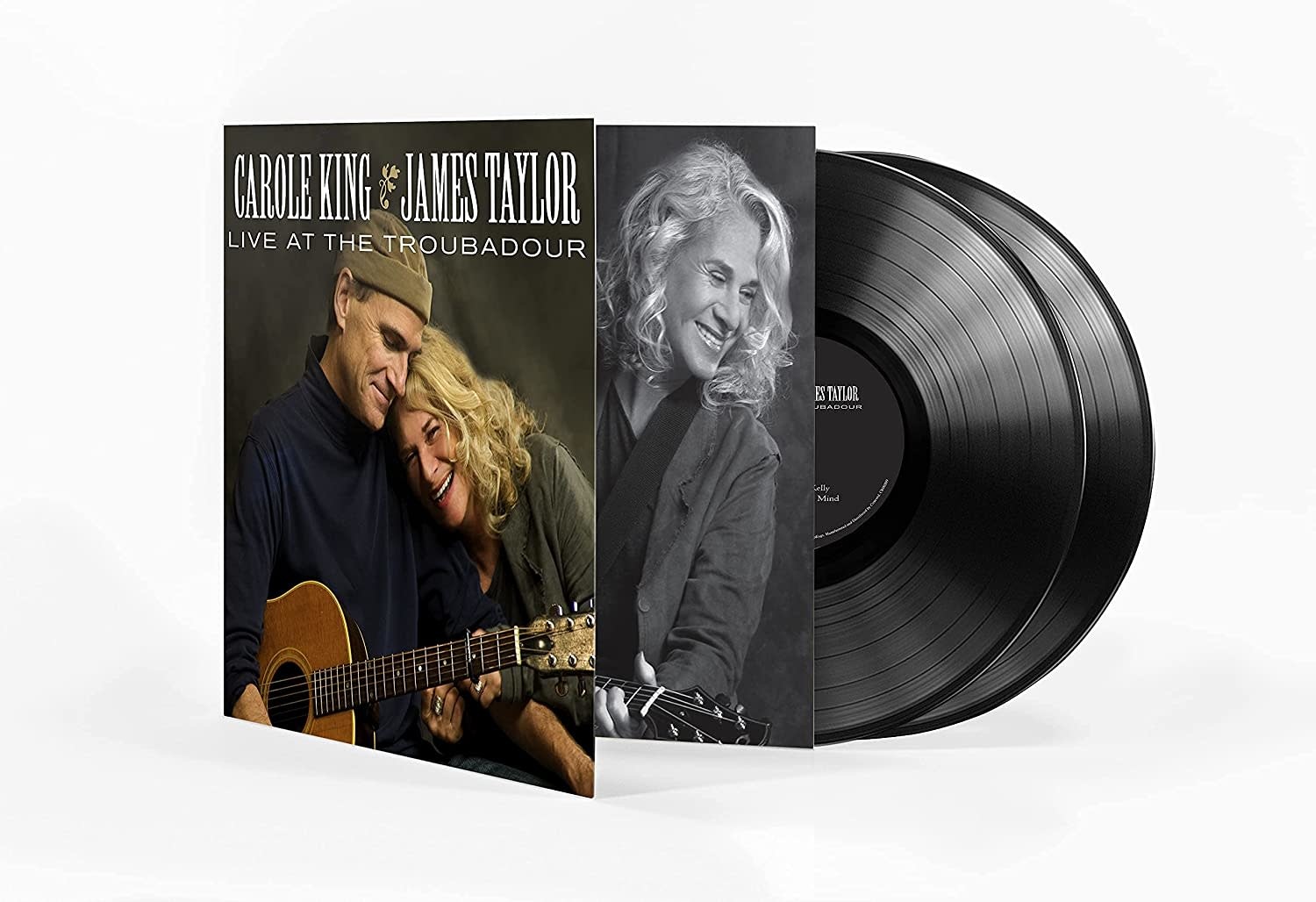 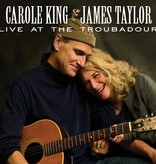 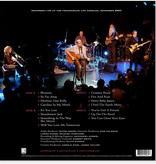 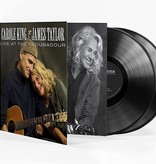 In November of 1970, James Taylor and Carole King first performed together at The Troubadour in West Hollywood, California. Thirty-six years later, they returned for a three-night, six-show run to celebrate the venue's 50th anniversary.

Live at The Troubadour features 15 songs and 75 minutes of stunning performances of their collective biggest hits including "You've Got A Friend", "Fire And Rain", "I Feel The Earth Move" and more. This the first time it’s been available for on vinyl.