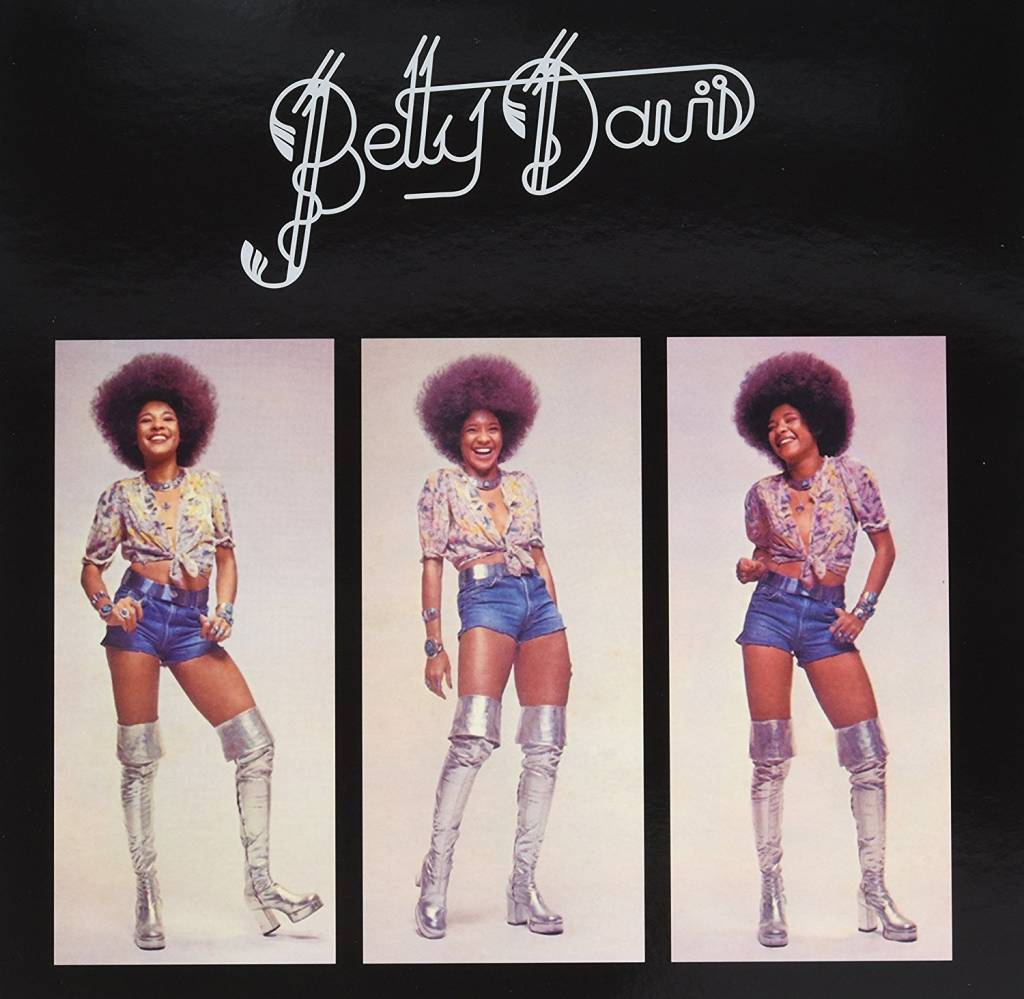 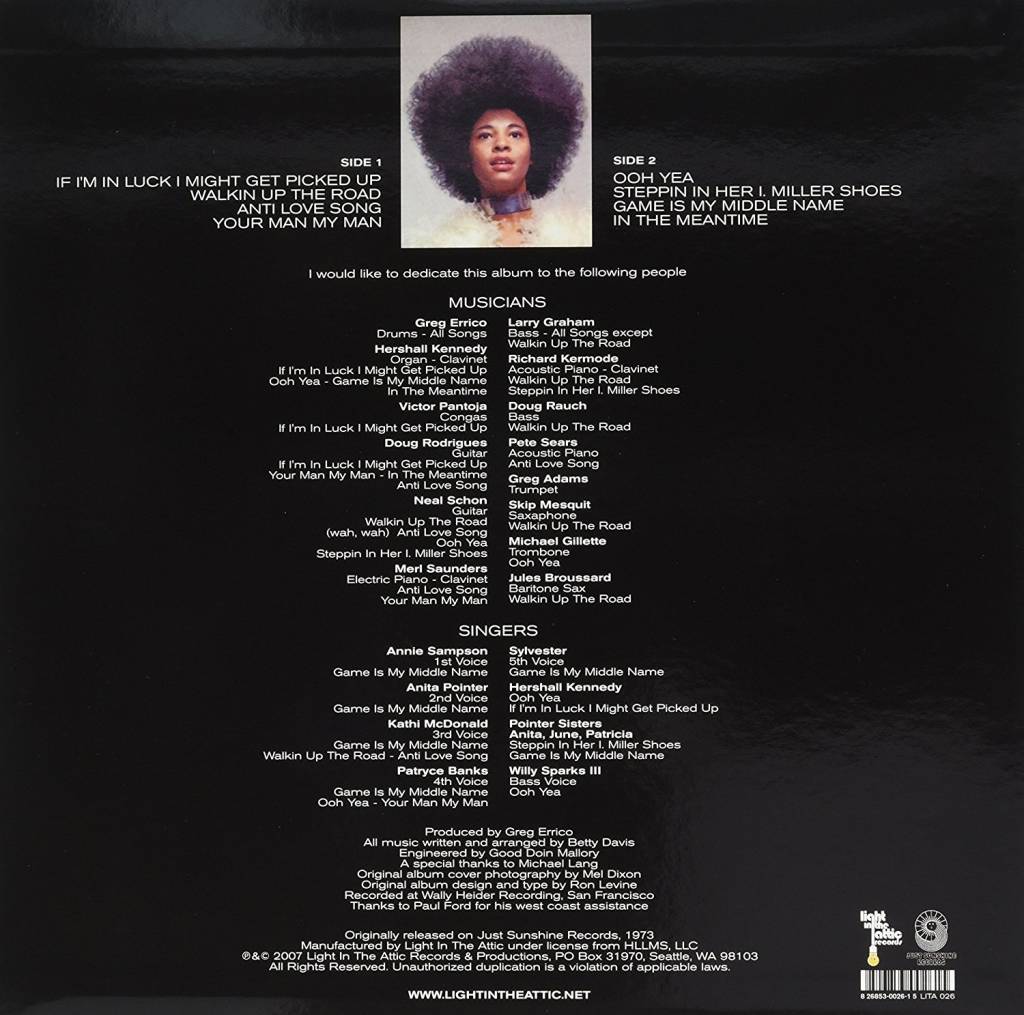 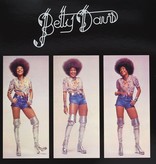 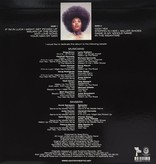 Digitally remastered reissue of the 1973 debut album from Funk diva Betty Davis (not to be confused with the actress Bette Davis). In recent years, rappers from Ice Cube to Talib Kweli to Ludacris have rhymed over the intensely strong but sensual funk of Betty Davis. One can hardly imagine the genre-busting, culture-crossing musical magic of Outkast, Prince, Erykah Badu, Rick James, the Roots, or even the early Red Hot Chili Peppers without the influence of this R&B pioneer. In 1973, Davis would finally kick off her cosmic career with an amazingly progressive hard Funk and sweet Soul self-titled debut. The album was recorded with Sly & the Family Stone's rhythm section, sharply produced by Sly Stone drummer Greg Errico, and featured backing vocals from Sylvester and the Pointer Sisters.