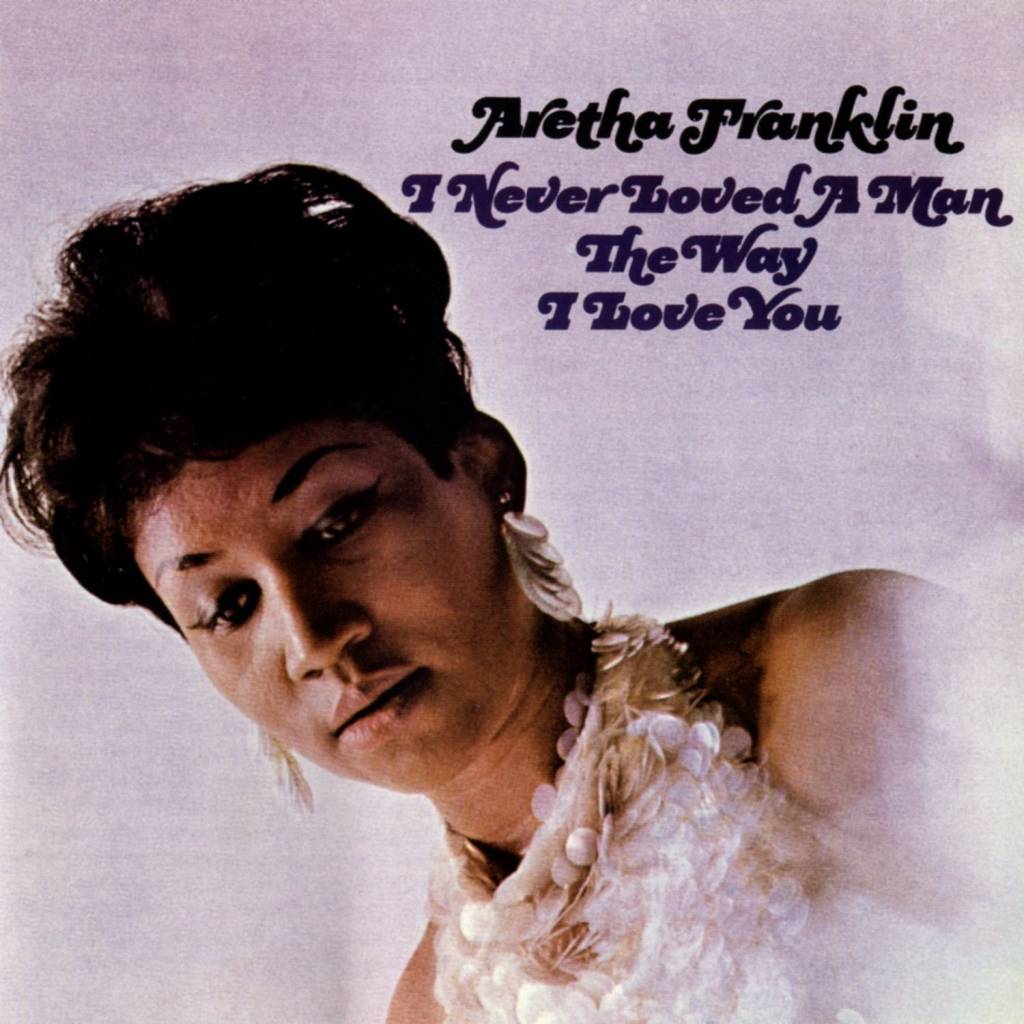 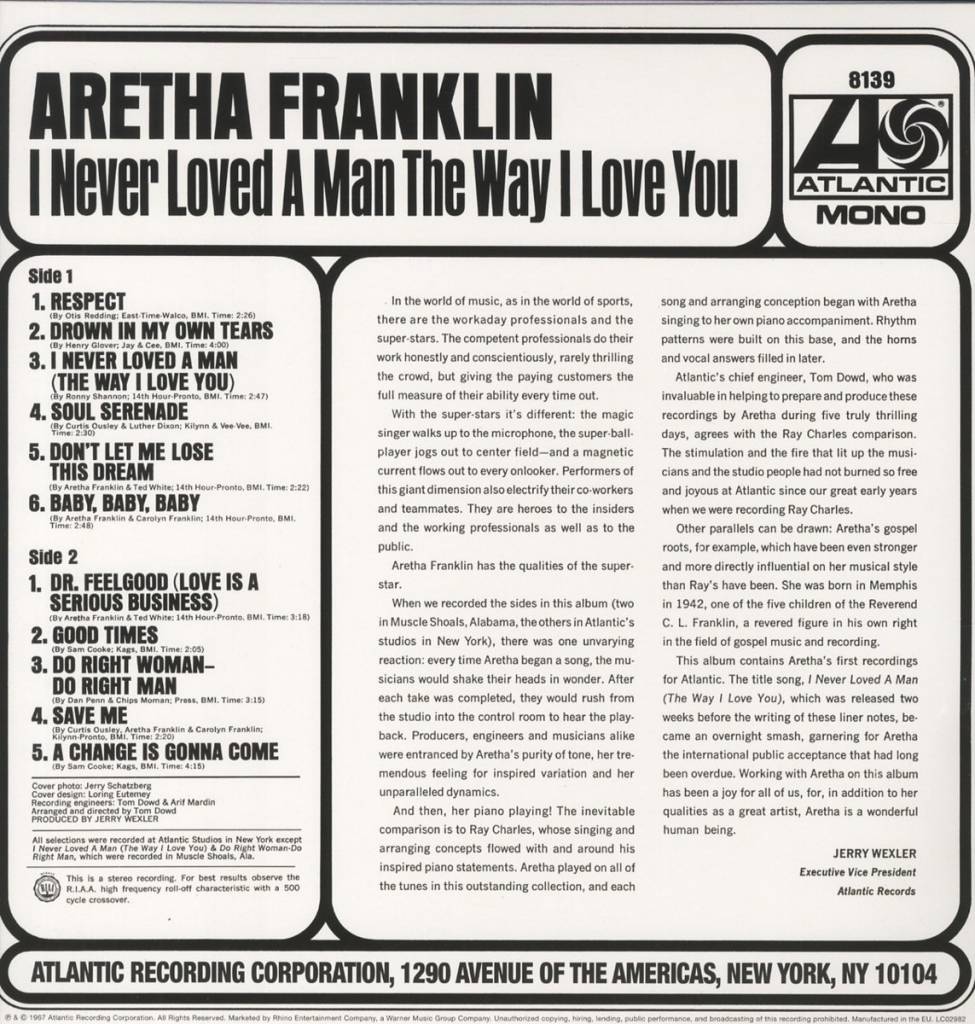 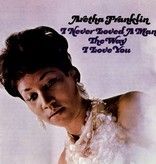 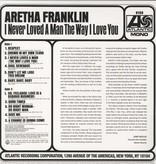 Franklin's husband/manager Ted White asked songwriter Ronnie Shannon to write a song for his wife. Shannon let his imagination run wild, settling on an idea for a bluesy number that had a woman expressing the way she felt about her man. Recorded at Rick Hall's Fame Recording Studios with members of the Muscle Shoals rhythm section, "I Never Loved a Man (The Way I Love You)" began to slowly pick up radio play in several markets including selling thousands of records during a Chicago snowstorm (an identifying mark of a hit record if there ever was one). By the following spring of 1967, the million-selling single had parked at number one R&B for seven weeks, while going to number nine pop. Its flipside, "Do Right Woman Do Right Man," charted number 37 R&B. The gold I Never Loved a Man the Way I Love You LP also yielded the gold single "Respect" and "Dr. Feelgood.