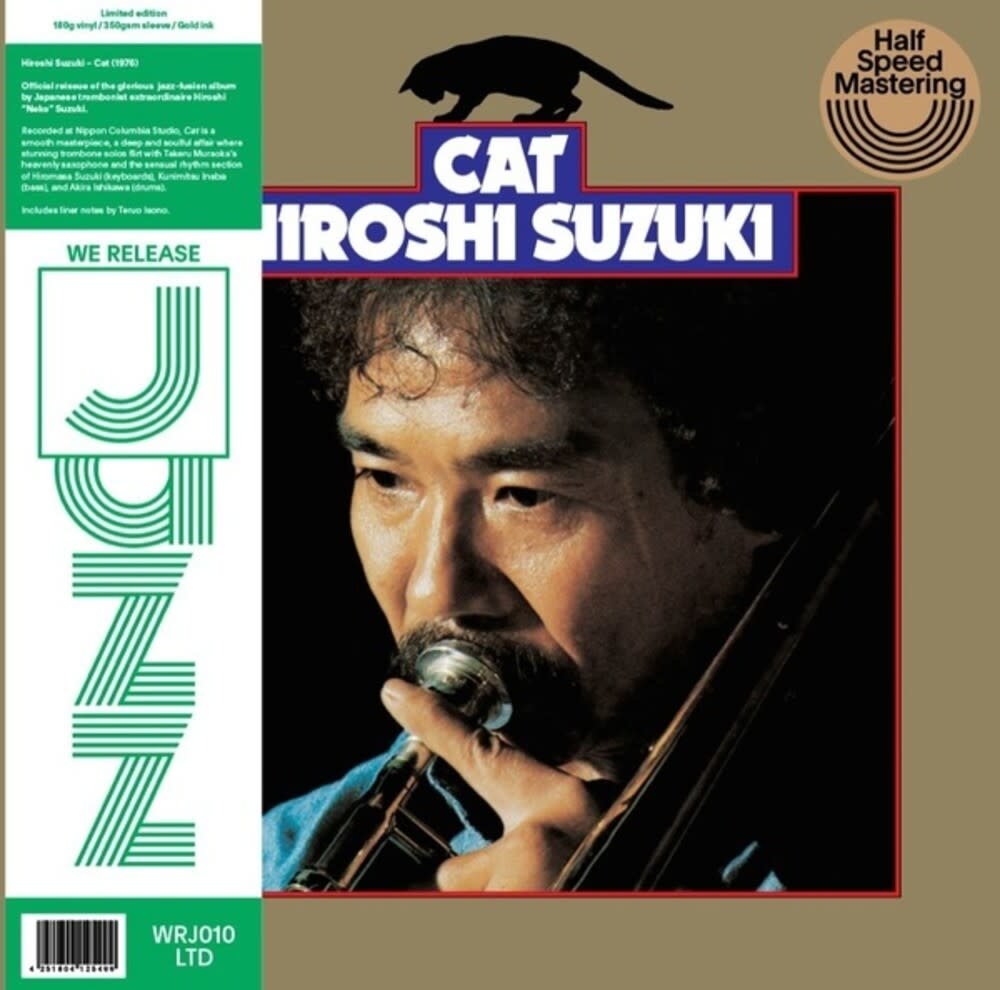 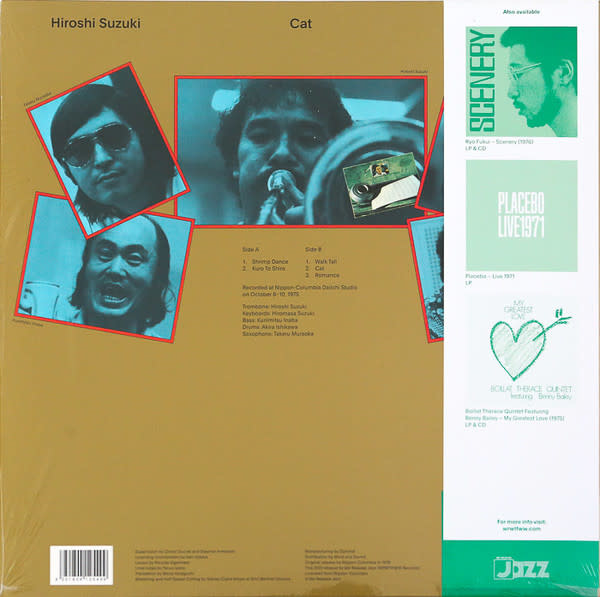 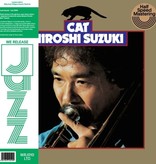 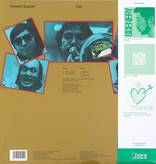 The official reissue of Hiroshi Suzuki's Cat, a glorious jazz-fusion-funk holy grail originally released in 1976. Cat was recorded in October 1975 at Nippon Columbia Studio, while Hiroshi Suzuki was visiting his home country of Japan after moving to Las Vegas in 1971 to play with Buddy Rich and perfect his craft. Back on his old stomping grounds, the man known as Neko (Cat) immediately reunited with his dear friends for an epic two-day session of groove magic.

The chemistry was still intact. The skills and style had grown. The result, Cat, is a smooth masterpiece, a deep and soulful affair where stunning trombone solos by Hiroshi Suzuki flirt with Takeru Muraoka's heavenly saxophone and the sensual rhythm section of Hiromasa Suzuki (keyboards), Kunimitsu Inaba (bass), and Akira Ishikawa (drums).