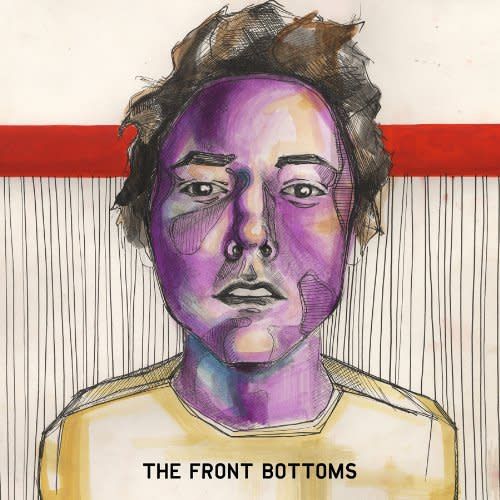 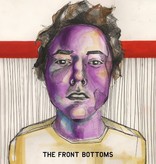 Their music is lively, off-kilter pop you can dance to, and their lead singer talks and rants in an eccentric fashion much more than he sings, so on first listen it's not hard to imagine the Front Bottoms are some sort of junior league version of Cake. Except that while Cake's music sounds carefully calculated and willfully odd, the Front Bottoms seem as if this stuff spontaneously exploded out of them, as guitarist and vocalist Brian Sella valiantly tries to get his wildly complicated train of thought to travel from his brain to his mouth before it derails, and drummer Mathew Uychich swats madly at his kit as he urges his buddy along.

While the 12 songs on the Front Bottoms' first album for Bar/None often sound like they happened in a burst of frantic emotion more than they were composed, that doesn't change the fact this duo has a real way with a tune, urgent and confident at the same time, with a dash of punk immediacy coexisting with a grand pop vision that finds room for everything from stripped-back Brill Building classicism to cool proto-disco dance grooves.

The Front Bottoms write fine melodies, and the simple but sturdy production (with the band filling out their two-man arrangements with keyboard overdubs, added guitars, and again like Cake, the occasional trumpet) suits them well, but what makes this album stand out is Sella's gifts as a vocalist and a lyricist. Sella has a knack for a superior rant about the minutia of twenty-something life, but let it sink in and the details give these songs a richness that's truly satisfying, as noting the glassware at a keg party gives way to one kid's desperate love for an unattainable girl, or stray thoughts about the gal he loves ties in to contemplation of homelessness and dashed hopes among his peers. At his best, Sella is one of the most interesting and satisfying new songwriters to emerge in some time, and with Uychich at his side, he's part of a band that brings his tunes to glorious life, and The Front Bottoms is an out-of-left-field candidate for the best debut album of 2011.