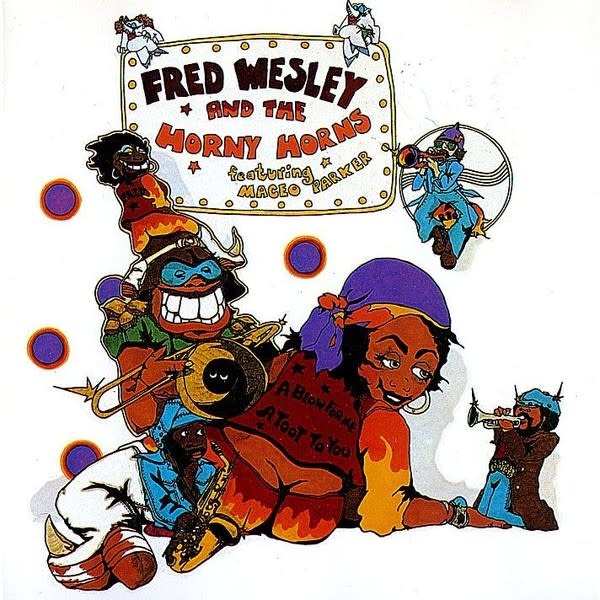 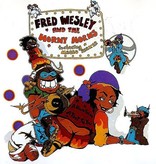 Thanks to their first-class training in funk and soul while playing in James Brown’s Band, Fred Wesley and Maceo Parker were the obvious choice when it came to participating in George Clinton’s P-Funk empire – the Godfather of Soul had had an enormous influence on Clinton anyway.

In 1977, Clinton and Bootsy Collins produced "A Blow For Me, A Toot For You", the début album by Fred Wesley & the Horny Horns – an ensemble with Wesley on the trombone, Parker on the tenor and alto saxophone, as well as Rick Gardner and Richard 'Kush' Griffith on the trumpet. The majority of the numbers are by Clinton and Collins, so it is not really surprising that much of the LP is pure P-Funk.
The album begins rather gloomily with a remake of Parliament’s "Up For The Down Stroke", and the influence of Parliament is also unmistakable in the other numbers.

With regard to the instrumental numbers, "Four Play" fuses funk and jazz, while Wesley’s atmospheric "Peace Fugue" reflects the CTI sound of the 1970s. Actually "Peace Fugue" is the work which least sounds like Clinton on this LP. "A Blow For Me, A Toot For You" scarcely ranks behind Parliament’s "Mothership Connection" or Funkadelic’s "One Nation Under A Groove" and is certainly more than just a recommendable LP, which every funk lover should get to know.