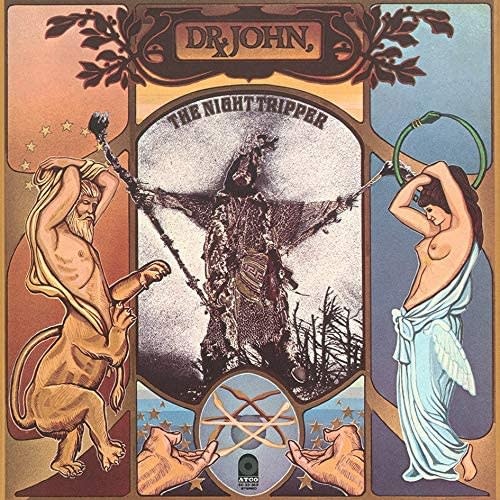 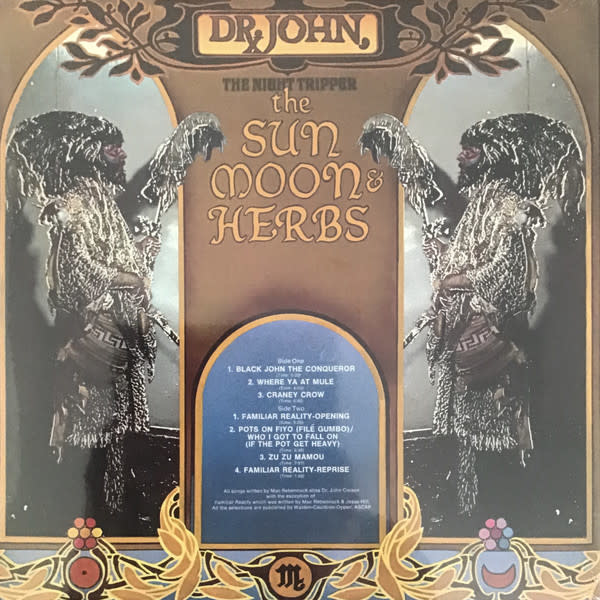 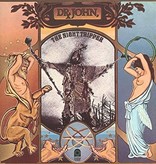 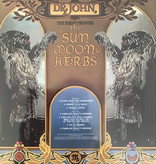 "The Sun, Moon & Herbs" was originally conceived as a triple album, but it was fragmented, stripped down and put together again to form the present single-disc LP. And although Dr. John never liked this version much, it is proof of the theory 'less is more'. None of the seven tracks are suitable for broadcasting on the radio and the spells that Dr. John and his companions weave are dark and swampy.

"Black John The Conqueror" has its origins in ancient Cajun folklore, which the good Dr. modernized and gave a beat. The swampy "Craney Crow" is the younger sibling of his earlier "Walk On Guilded Splinters" and has a similar effect on the listener. "Pots On Fiyo (Filé Gumbo)" combines Latin-American rhythms with a wealth of Cajun chants and spells. The vocals are almost unfathomable and serve rather more as an additional musical instrument in the mix. "Zu Zu Zu Mamou" is so tightly knitted that one can almost cut through the music with a knife; the mood here takes on a quite different meaning. "The Sun, Moon & Herbs" is best heard on a hot sultry night where thunder rolls in the distance like jungle drums. Dr. John certainly had something specific in mind, but it is up to the listener to find out just what it was.