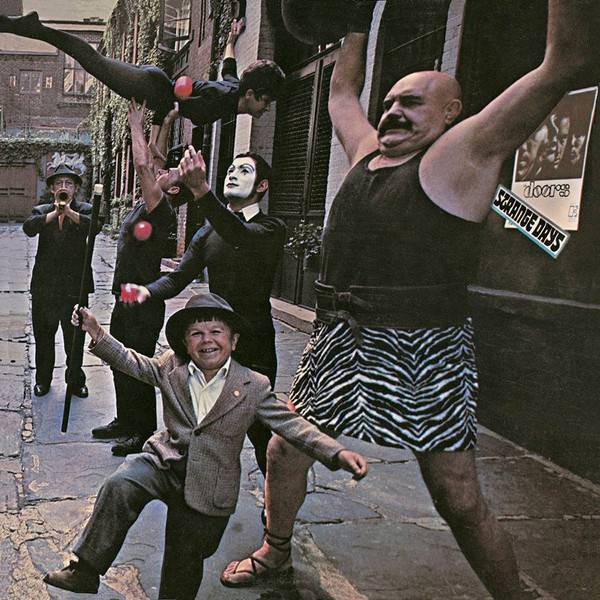 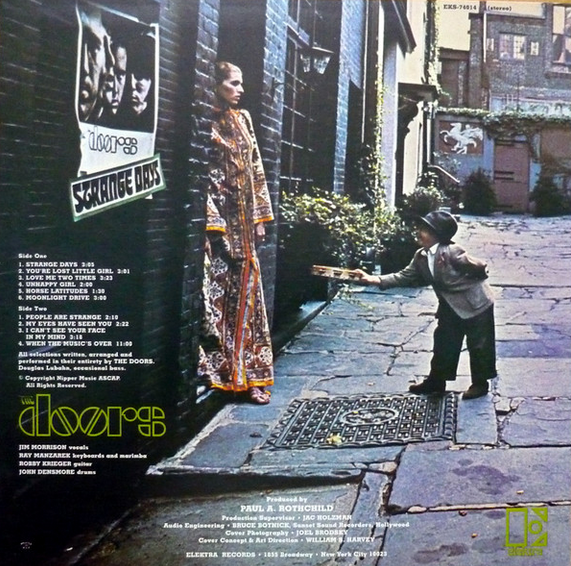 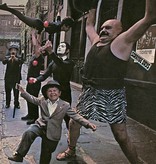 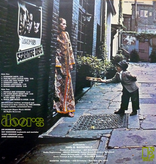 The Doors' sophomore album Strange Days. The often difficult second album proved no issue for The Doors' 1967s Strange Days reached gold status and hit number 3 on the Billboard album chart. With an eerie backdrop provided by Ray Manzarek on organ duties, the quartet continued to explore the acid-rock frivolity of 1960's California. Jim Morrison's ever obscure poetical lyricism lead to the creation of an album which has been hailed as one of the bands finest. The quirky "People Are Strange" rubs shoulders with epic tracks such as "When The Music's Over" and "Moonlight Drive" (which was in fact penned for their debut). A masterpiece which should be in every fans collection.