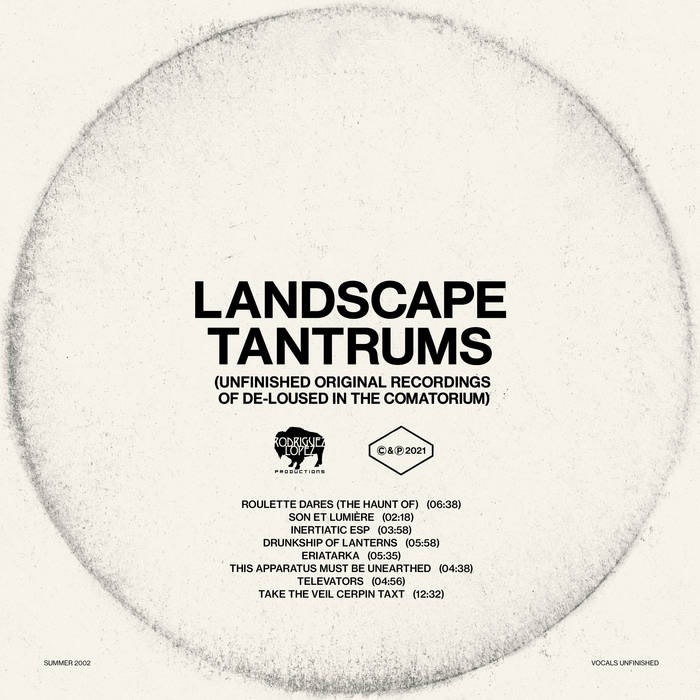 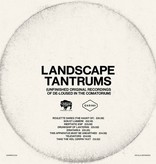 Landscape Tantrums Lost for two decades, the recent rediscovery of Landscape Tantrums the first attempt at recording the music that would become The Mars Volta's De-Loused In The Comatorium revealed an important and hitherto missing chapter in the group's evolution.

Self recorded by Omar (assisted by Jon DeBaun) at Burbank's Mad Dog Studios within a head spinning four days, Landscape Tantrums captures De-Loused in somewhat embryonic form, though much of what would make The Mars Volta's debut album such an electrifying, sublime experience was already in place: the fearless invention, the fusion of futurist rock elements and traditions from outside of the rock orthodoxy, the sense of virtuosity working in service of emotional effect.

From a distance, The Mars Volta must have seemed as if they were on a high when they walked into the studio to record what they expected to be their debut album ("I didn't think of it as demos or a dry run," Omar says). The group had recently played the Coachella festival to rave reviews, a vindication of the quixotic risk Omar and Cedric had taken, quitting At The Drive In to lead such an uncompromising musical proposition.

Their debut EP, Tremulant, had similarly signaled their singular vision, and been rewarded with similarly positive feedback. But the truth was that The Mars Volta entered Mad Dog in tatters, scarcely believing anything other than failure lay within their reach. They'd recently lost their bassist, Eva Gardner, and parted ways with keyboard play Ikey Owens. Tensions were brewing with drummer Jon Theodore, too himself a replacement for founding drummer Blake Fleming Omar questioning Theodore's commitment to the group. And sound manipulator Jeremy Michael Ward's drug problem had gotten so far out of hand that he'd been sent to rehab, and wouldn't return until two days into the Landscape Tantrums.

The pressure upon Omar was intense, and it began to manifest in the form of physical and emotional breakdowns. His art was his life, but now he began to wonder if it was actually going to kill him. Under such heavy manners, miracles occurred at Mad Dog. Surely that's the only way to describe the music contained on Landscape Tantrums, as Omar fashioned early versions of Inertiatic ESP, Drunkship Of Lanterns and Eriatarka that rivaled the Rick Rubin produced versions that ended up on De- Loused for intensity, precision and immediacy, as Cedric delivered a powerfully intimate reading of Televators, and as a bare bones version of the group sketched out the peaks of what would become their debut masterpiece in barely half a week, on a shoestring, and believing they wouldn't last long enough to see it hit the shelves.

Listening to Landscape Tantrums now, with the benefit of hindsight and the knowledge of what these songs will become, one notices Cedric has yet to fully find the voice that will lend The Mars Volta their devastating authority, that Eriatarka will evolve even further under Rick Rubin's watch, and that the lyrics to De-Loused's climactic chapter, Take The Veil Cerpin Taxt, have yet to be penned. But one also notices how lithe the group sound here, how hungry, and one appreciates the raw edge that Rubin would later Polish to a venomous sharpness. More than mere historical curiosity, Landscape Tantrums is an essential text for the dedicated Mars Volta aficionado, and a breathtaking album in it's own right.