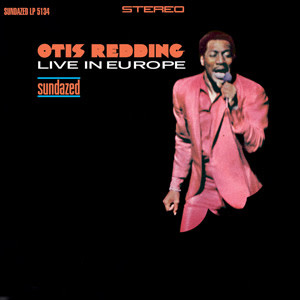 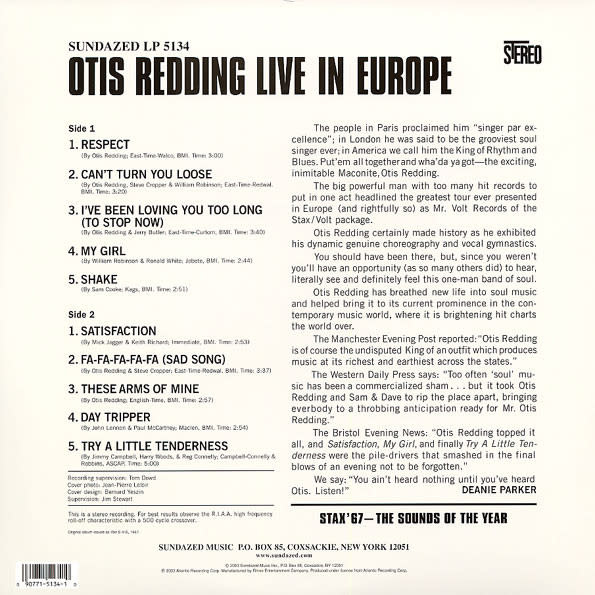 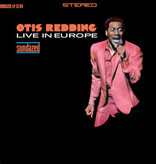 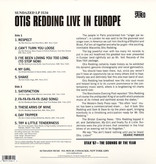 Otis Redding's first live release was recorded in March 1967, on the now-legendary Stax/Volt tour of Europe, on which Otis and company demonstrated that soul is a universal language. Backed by the erstwhile Stax studio combo Booker T. and the MGs and the Memphis Horns, the Big O rises to the historic occasion, delivering incendiary, emotion-charged readings of such iconic tunes as "Respect," "I Can't Turn You Loose," "I've Been Loving You Too Long (To Stop Now)," "Fa-Fa-Fa-Fa-Fa (Sad Song)" and "These Arms of Mine," as well as scorching readings of songs by Sam Cooke, the Temptations, the Beatles and the Rolling Stones. The set climaxes with an impassioned "Try a Little Tenderness" that ranks as one of Redding's finest moments. This exact reproduction of this original Stax label LP is mastered from the original stereo tapes and pressed on pristine High-Definition vinyl.