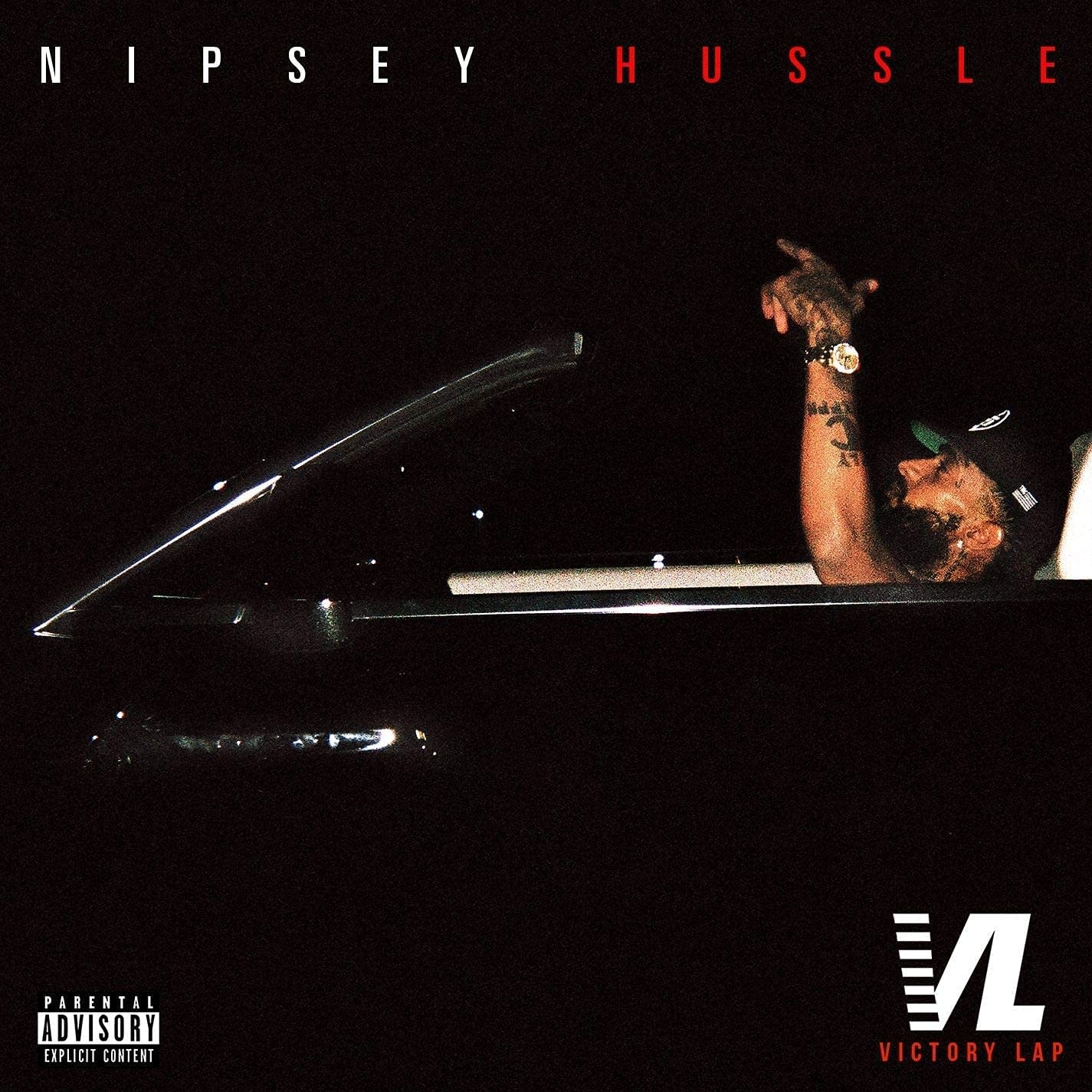 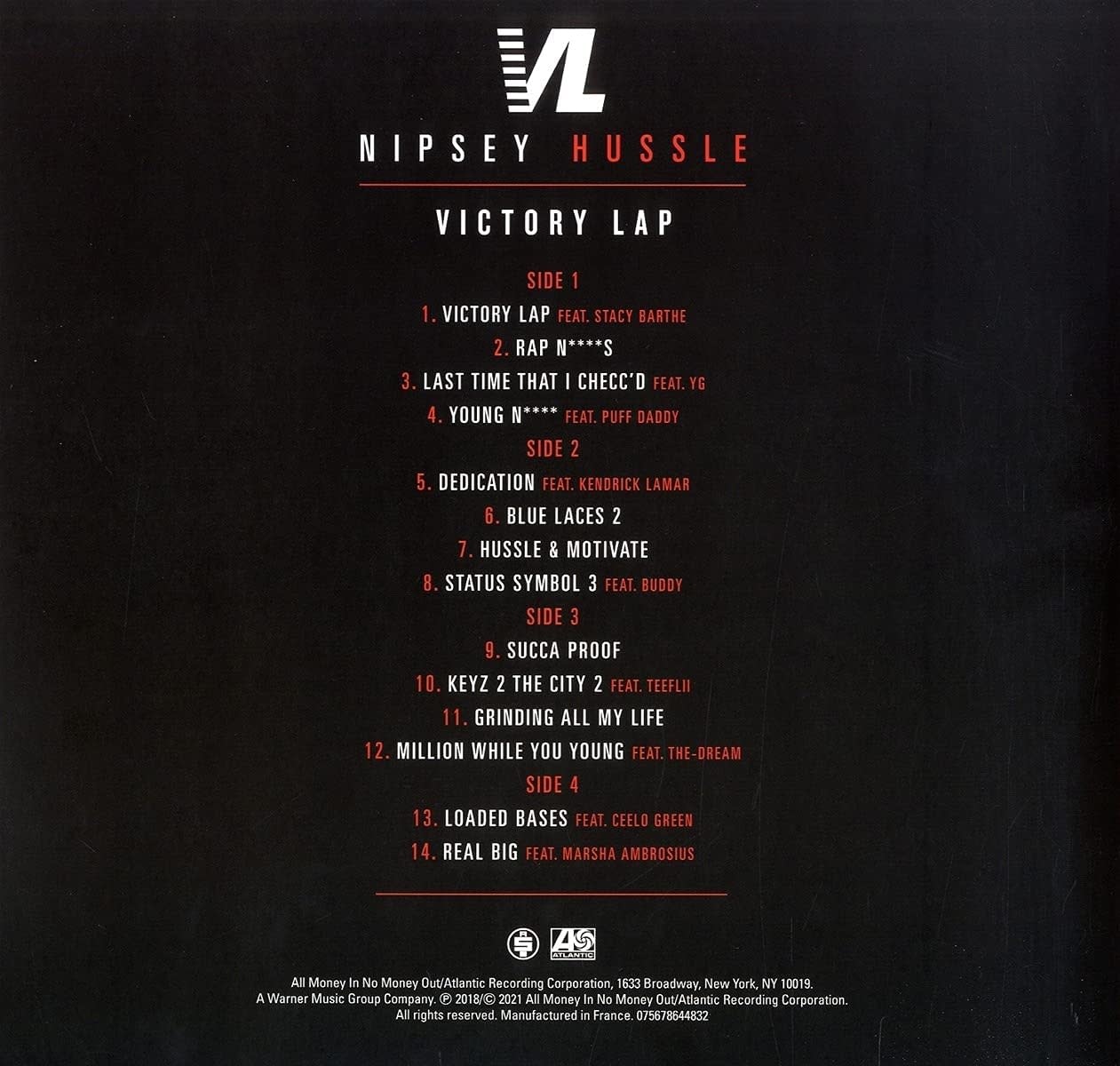 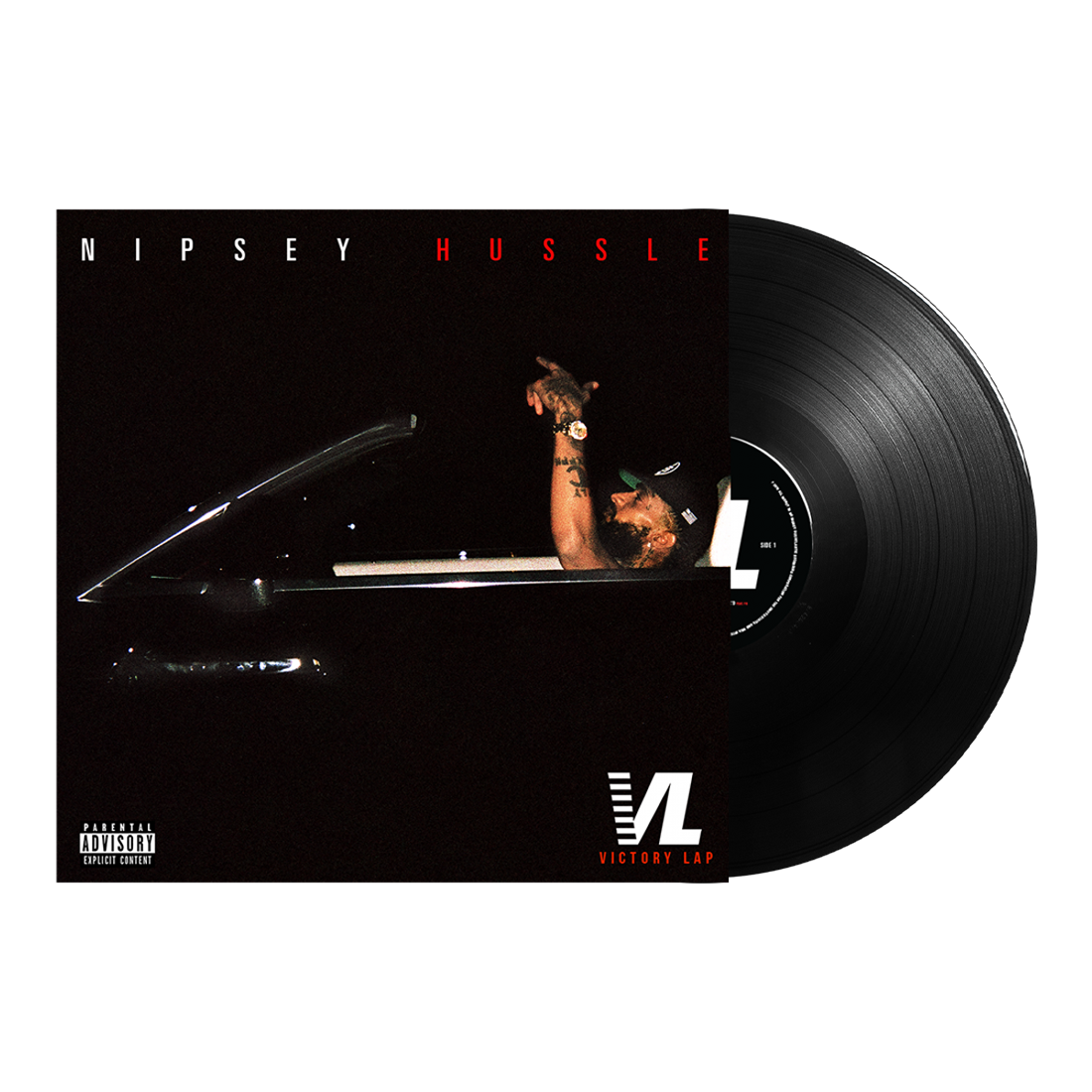 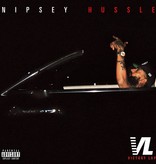 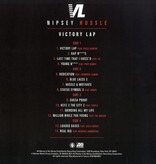 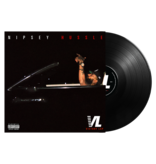 Victory Lap is the debut and only studio album by rapper Nipsey Hussle. It was originally released on February 16, 2018 and was Nipsey Hussle's first major commercial release after releasing a string of mixtapes for thirteen years and his only full-length album released during his lifetime. The album debuted at number four on the Billboard 200, selling 53, 000 album-equivalent units; it reached a new peak of number two in April 2019, following Hussle's death. It received a nomination for Best Rap Album at the 61st Grammy Awards.