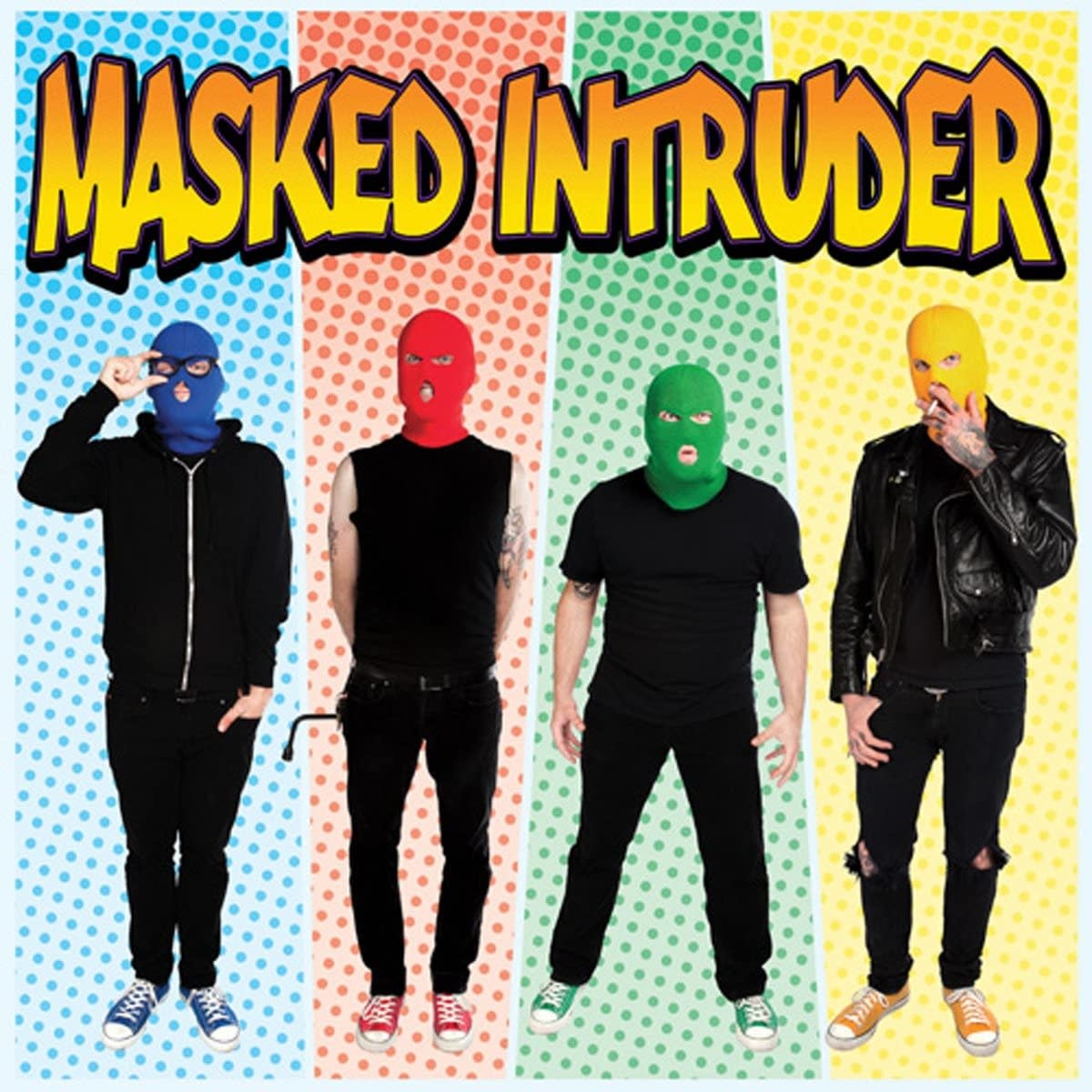 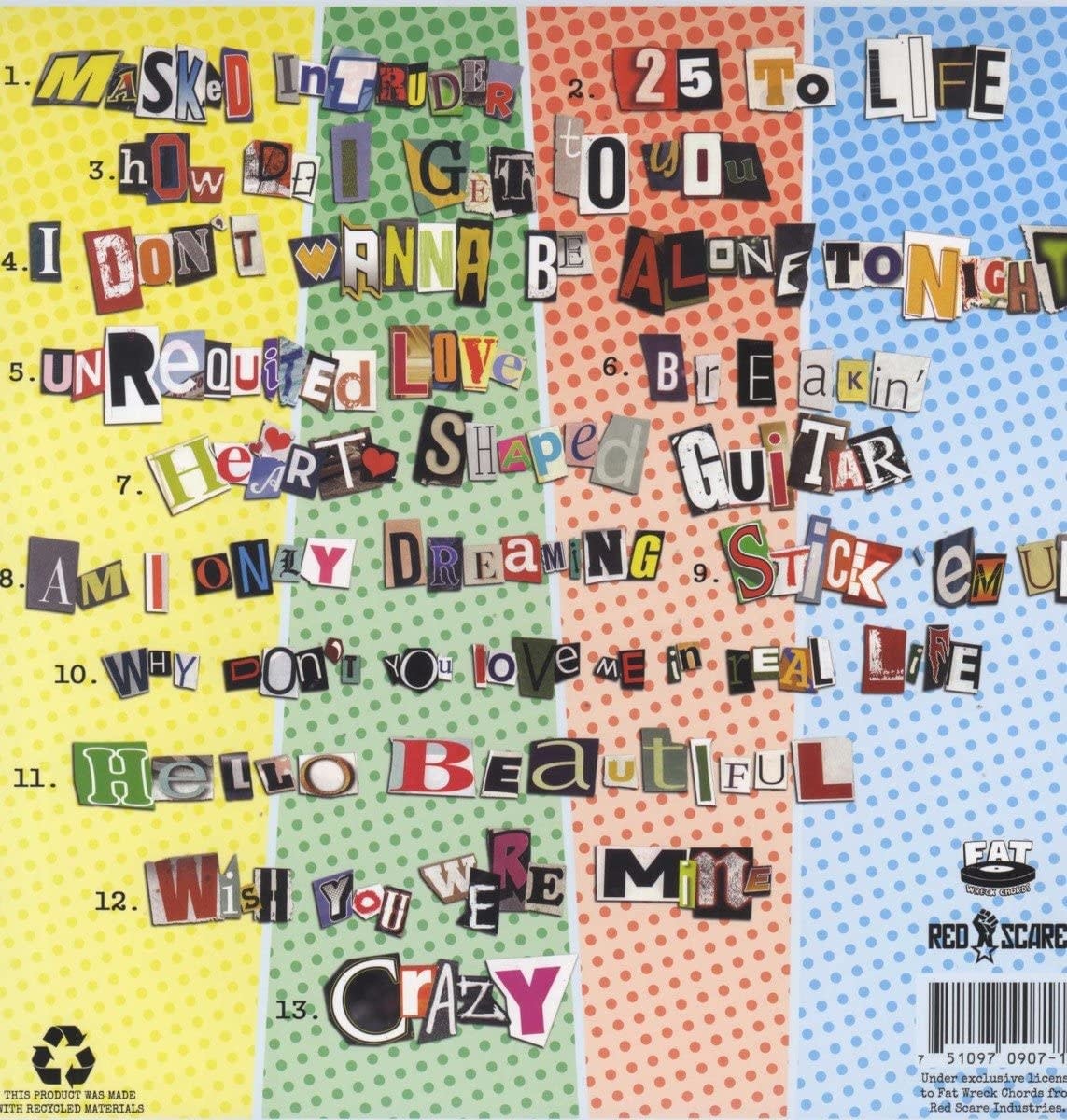 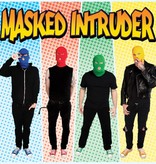 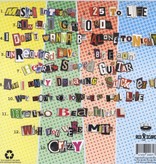 Up until now, the only thing these four crooks were good at making was toilet wine in the joint, but we sent them into Atlas Studios to record with Matt Allison (Alkaline Trio, Less Than Jake, Smoking Popes, etc) and out came a pop-punk/power-pop masterpiece. They looted a vault of hooks, melodies, and many-layered harmonies for this debut full-length. Think Descendents meets Weezer in a dark alley! There's already plenty of squealers and snitches talking about Masked Intruder, and these thugs have been invited to play all the cool festivals and will be touring with Teenage Bottlerocket in support of this release. It's fun stuff and you're gonna like it...or else.