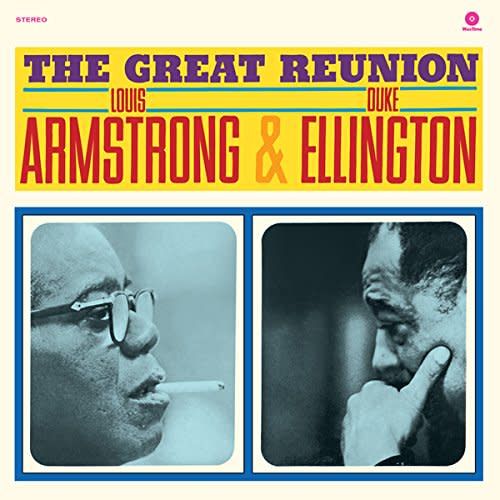 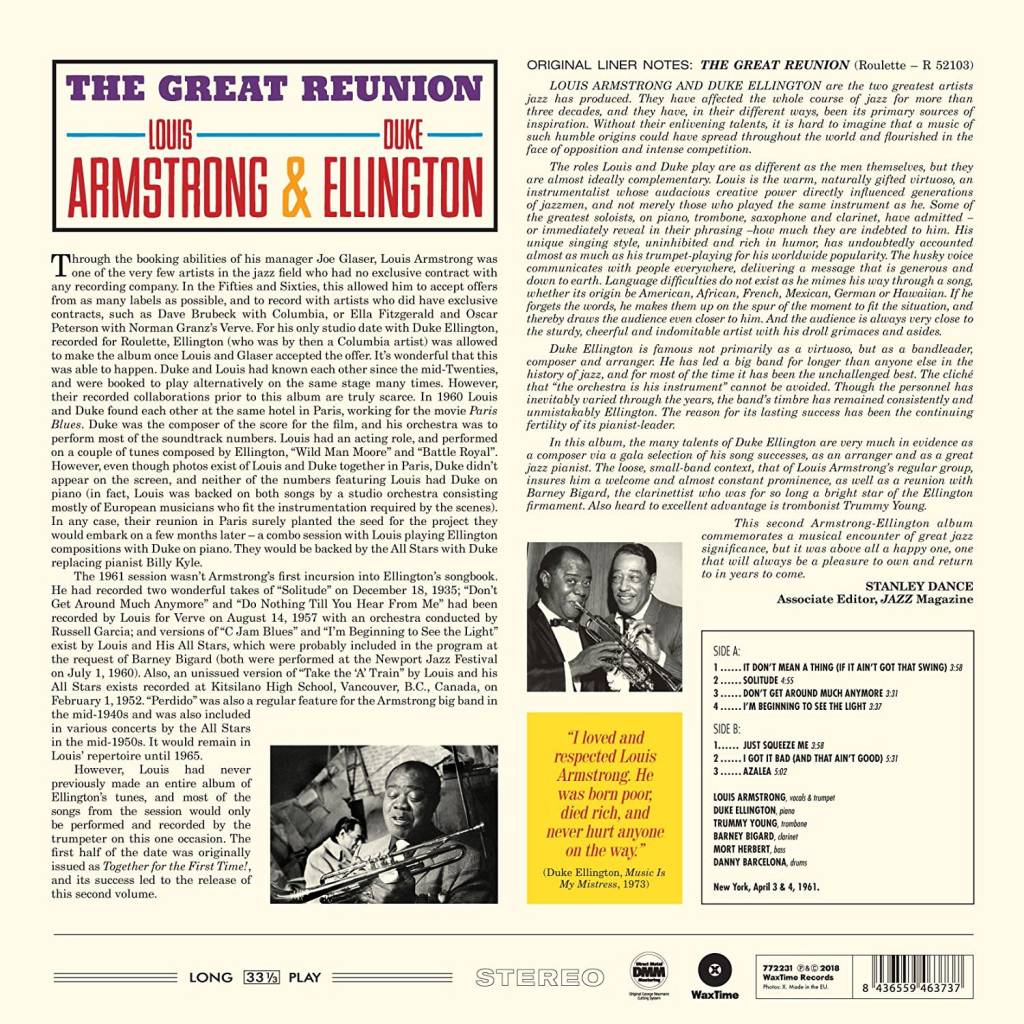 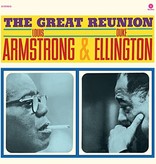 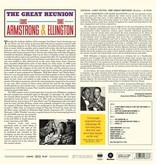 Louis Armstrong was the first jazz superstar, a trumpeter, singer, and occasional actor who became a global American icon. Duke Ellington didn’t lead the most popular orchestra of the swing era, but he led one of the most creative, and his popularity -- and creativity -- far outlasted the days of the big bands. In 1961, the Duke sat in with Armstrong’s band, and the two got down to some serious good-time nostalgia. The session is a relaxed yet spirited one, with the leaders alternating between each other’s best-known songs. One of the best things about this configuration is the sound of the Duke’s piano -- an underrated pianist, he seldom recorded in such an intimate context.