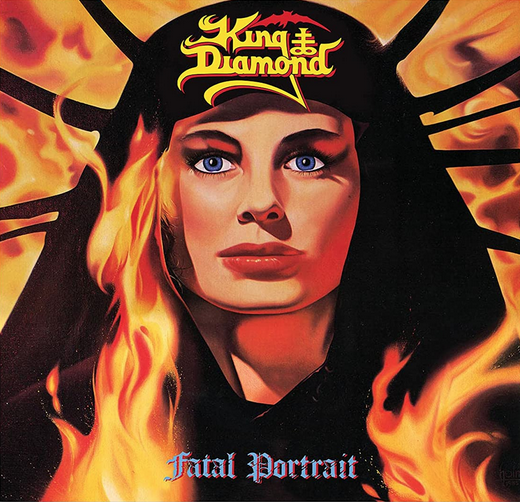 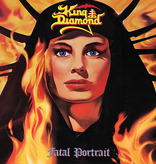 Released in 1986, Fatal Portrait is the debut King Diamond album, unusually not a concept album, although five of the songs link to form a short ghost story, a theme that would be returned to again and again over subsequent releases. Whereas King’s previous band Mercyful Fate was overtly satanic and occult, the King Diamond material was more fantastical and conceptual, though still with dark themes throughout.

When King’s original band Mercyful Fate split up, having released two genre defining masterpieces ‘Melissa’ and ‘Don’t Break the Oath’, he formed King Diamond along with guitarist Michael Denner and and bassist Timi Hansen The line up on Fatal Portrait was completed by guitar virtuoso Andy La Roque, and drummer Mikkey Dee who later joined Motorhead.