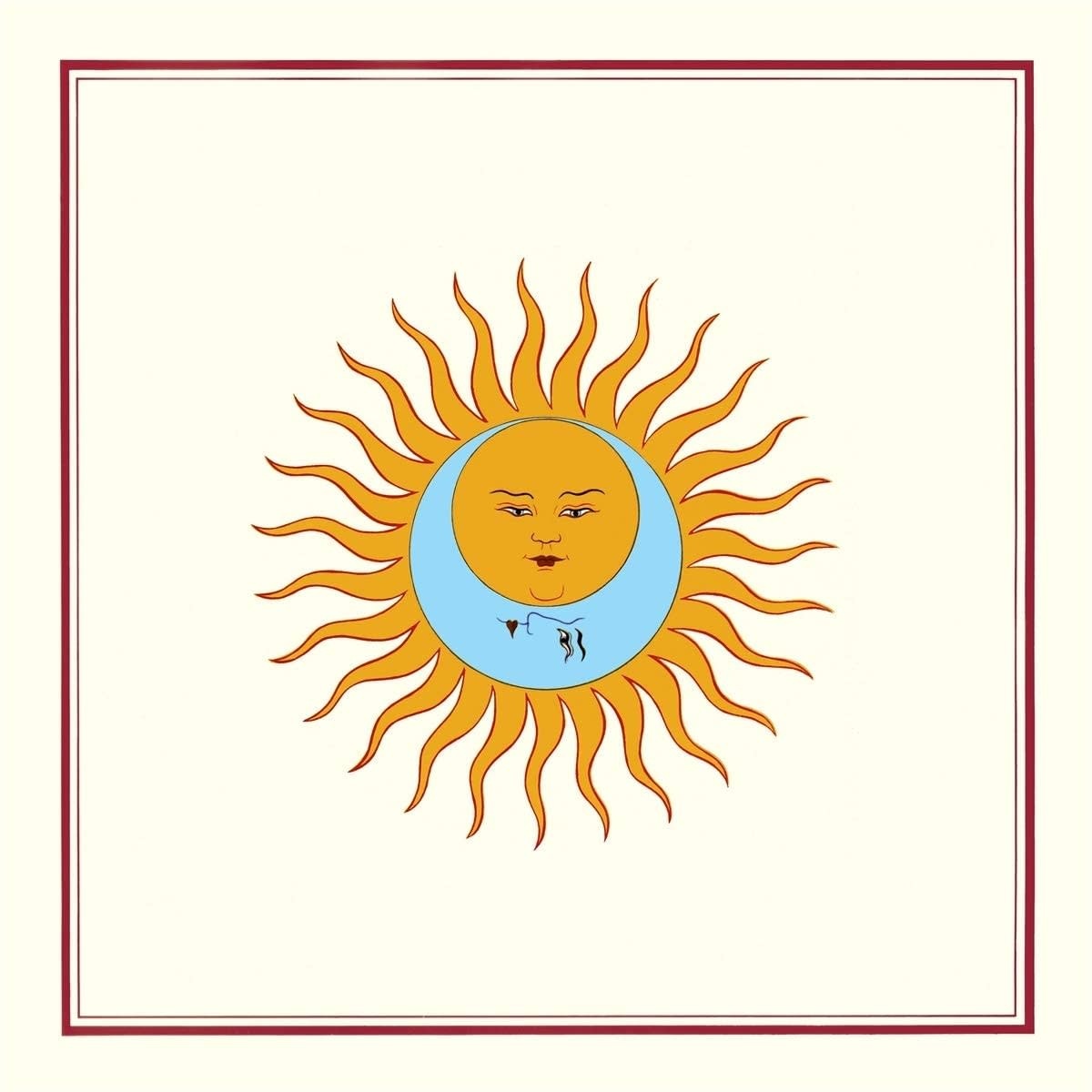 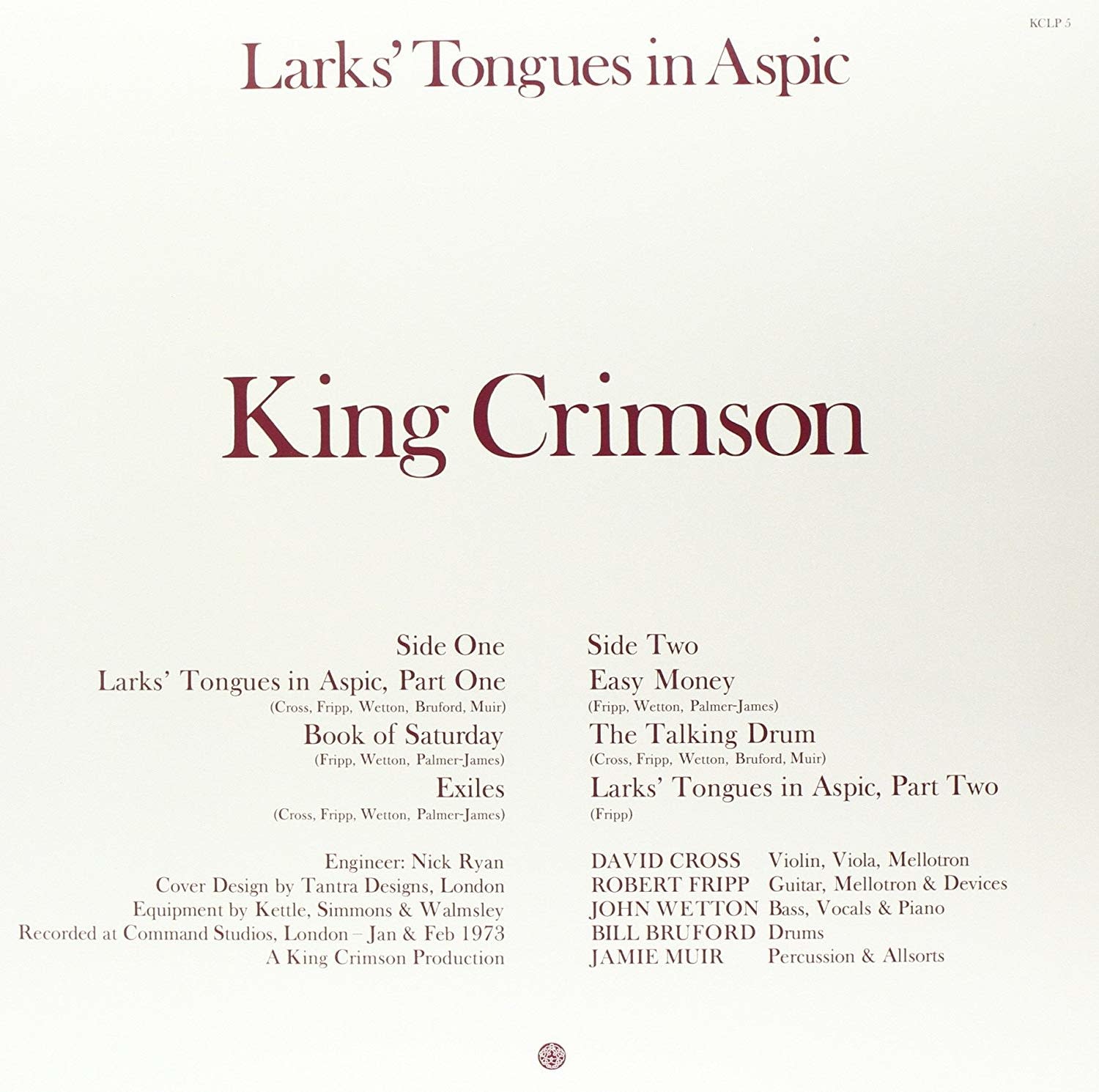 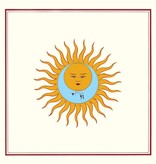 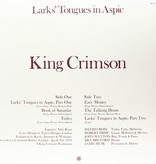 DGM and Panegyric are proud to present the fifth in a series of King Crimson high quality vinyl reissues with the release of 'Larks' Tongues in Aspic'. The album's return to the 12" vinyl format is newly cut from masters approved by Robert Fripp. Manufactured on 200 gram super-heavyweight vinyl and housed in a reprint of the original sleeve, this edition also contains bonus MP3 codes giving access to a download of a transfer of an original 1973 pressing.

Recorded at the start of 1973, 'Larks' Tongues In Aspic' marked the studio debut of King Crimson's third live line-up. The band had been together since the summer of the previous year, with founder member Robert Fripp joined by Bill Bruford (from Yes), John Wetton (from Family), Jamie Muir and David Cross.