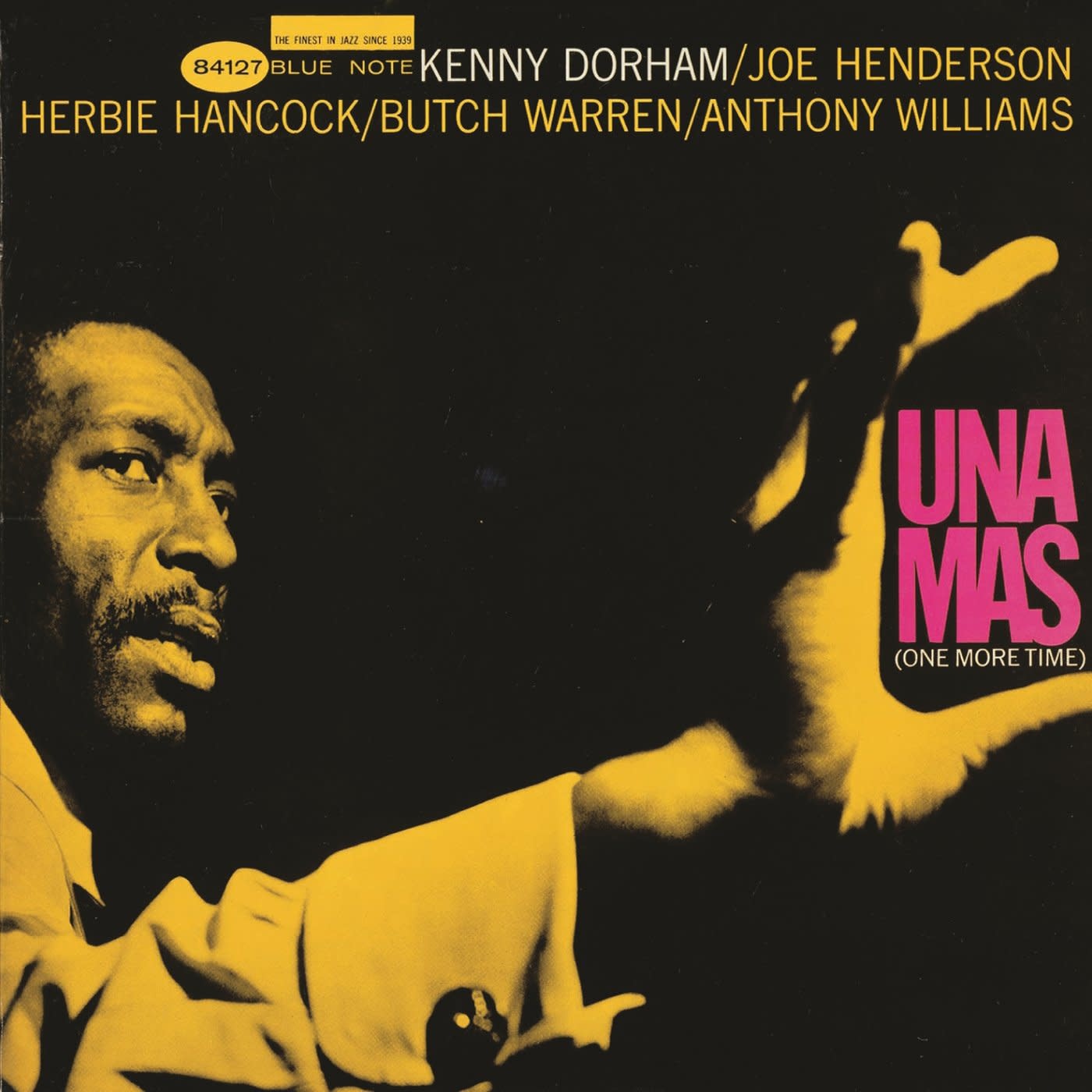 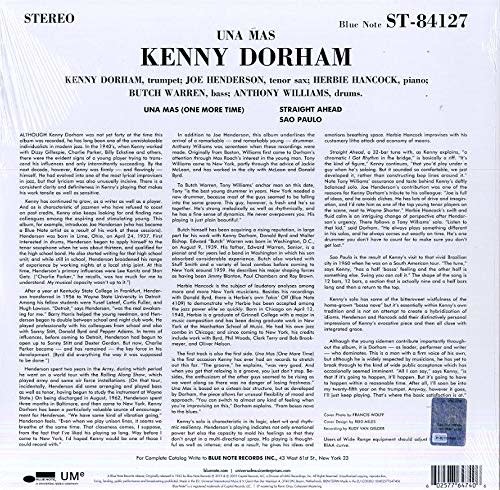 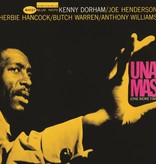 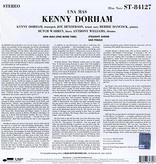 Recorded in 1963, Una Mas was the first album to feature the dynamic frontline of trumpeter Kenny Dorham and tenor saxophonist Joe Henderson, a potent team that would go on to collaborate on numerous classic albums under each musician's name including Henderson's debut album Page One which was recorded just 2 months later. Along with a tremendous rhythm section of Herbie Hancock on piano, Butch Warren on bass, and Tony Williams on drums, the quintet delivers joyous performances of 3 Dorham originals including the irrepressible title track, "Straight Ahead," and "Sao Paolo." The striking album cover design by Reid Miles is a brilliant example of the designer's creative use of Francis Wolff's session photos