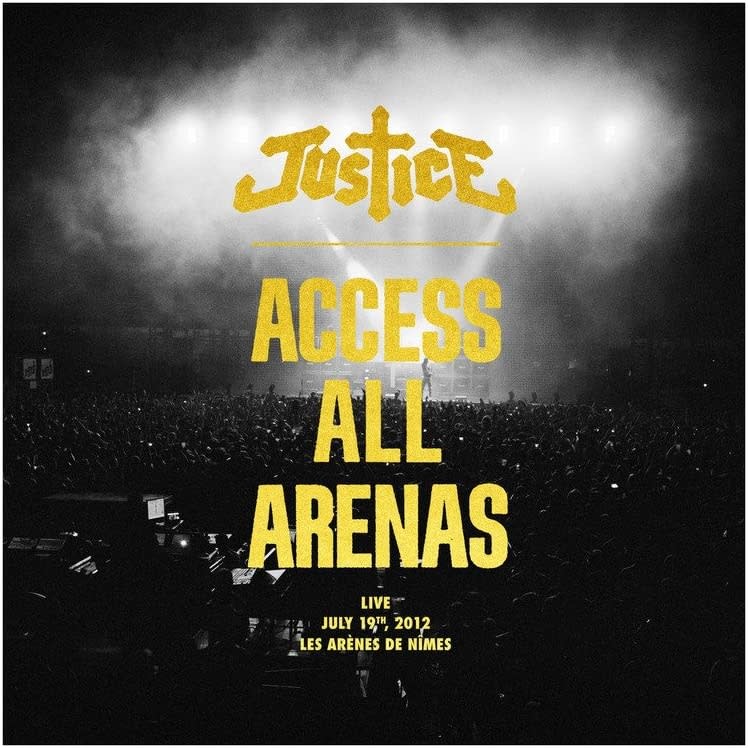 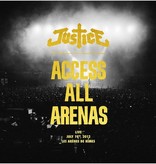 Limited 2017 release of Justice's Access All Arenas, originally released in 2013. Ten years ago, "We Are Your Friends" pushed Justice to the front of the scene, a young French duo signed by Pedro Winter on the label he had just created: Ed Banger Records. The record that followed in 2007, Cross, was an album of condensed jerky electro, disco reminiscences, and heavy metal energy, with unstoppable tunes like "D.A.N.C.E.", "Stress", and "Phantom", and its videos, allowed Justice to follow the '90s French touch and its filtered disco loop.

Since the release of their debut album in 2007, Justice has been tirelessly touring the world by bus, road festival to festival and concerts all over the planet. Since their first tour, the band developed a powerful stage design that they polished and magnified throughout the years and the gigs. The wall of vintage Marshall amps front of the stage, an imposing cross, impressive light shows, and the sound of Justice totally revisited for the live shows.