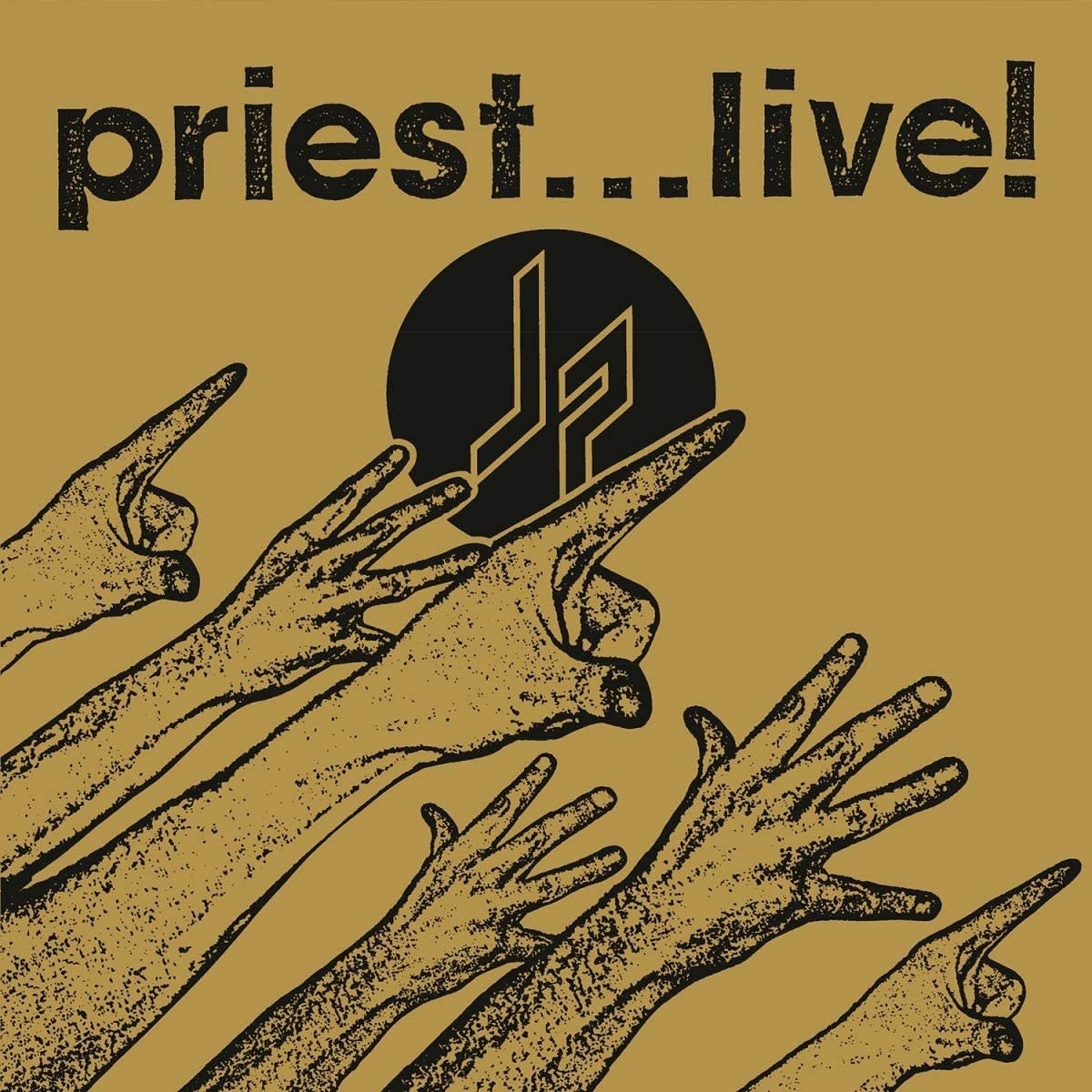 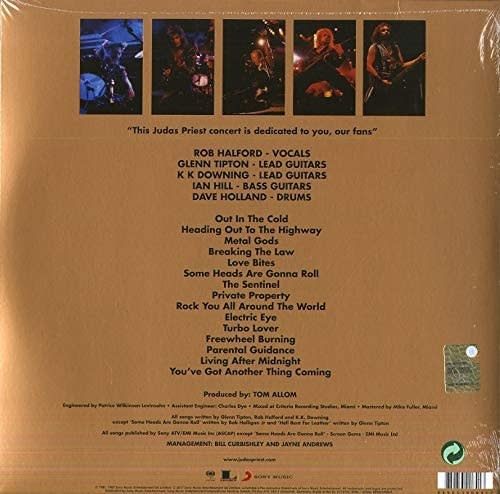 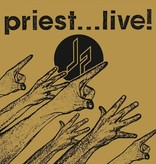 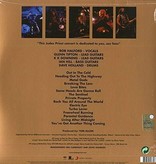 Culled from performances on their mammoth 1986 TURBO tour, Judas Priest's second live album, PRIEST...LIVE! was issued one year later. Including some post-BRITISH STEEL songs, PRIEST...LIVE! doesn't quite measure up to their outstanding earlier live album, 1979's UNLEASHED IN THE EAST, but it has its moments.

Unsurprisingly, plenty of selections from the TURBO album are featured, such as "Out in the Cold," "Turbo Lover," and "Parental Guidance," but "Hot Rockin'," "Don't Go," and several '80s Priest classics are noticeably absent. Still, you can't go wrong with inspired versions of such favorites as "Love Bites," "Some Heads Are Gonna Roll," "Electric Eye," "Living After Midnight," and "You've Got Another Thing Coming."