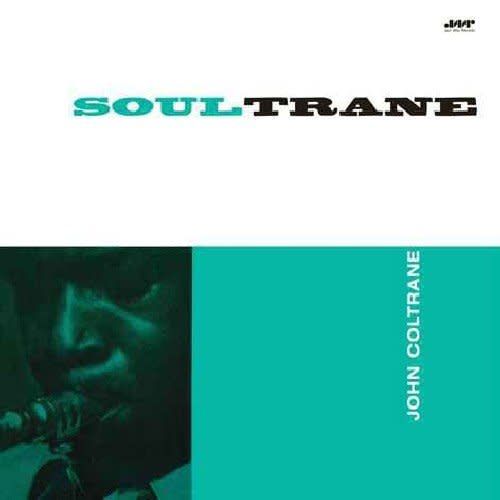 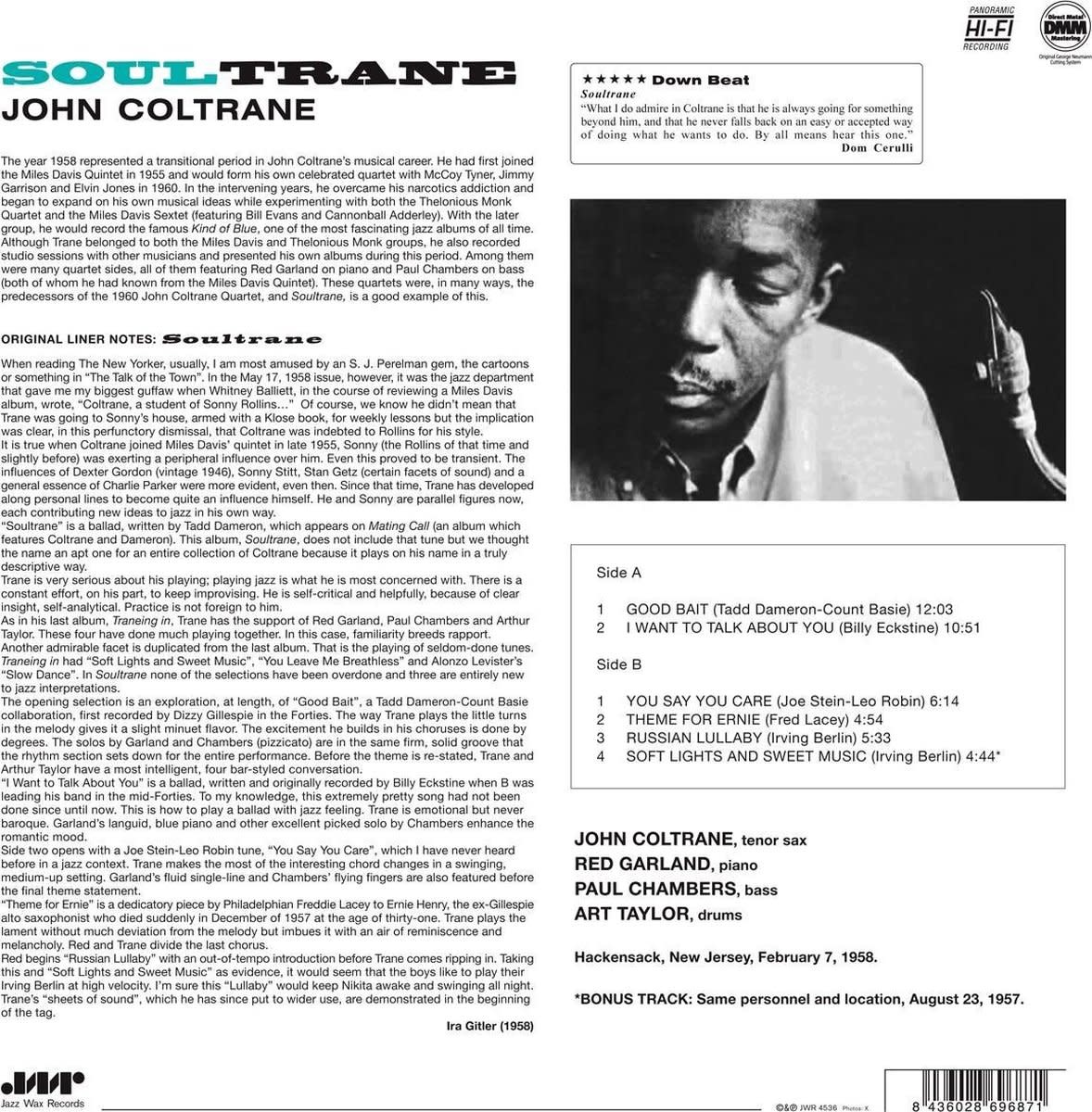 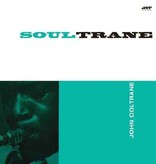 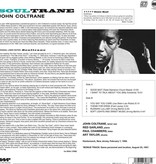 Soultrane comes from a ridiculously prolific period of Coltrane's career, a time when he was making huge leaps as a musician. In 1957 he not only recorded Blue Train, Dakar, Coltrane, and Lush Life, but he spent time with Thelonious Monk, appearing on the classic Monk's Music. While that was a busy year, 1958 was even more productive, with Trane in the studio recording enough material for an eventual eight releases on Prestige, including Soultrane, John Coltrane & Kenny Burrell, Settin' The Pace and Bahia. If all that work wasn't keeping him busy enough, in late-1957 he began playing with Miles Davis again, recording Milestones at the start of 1958, only three days before hitting the studio to record Soultrane.