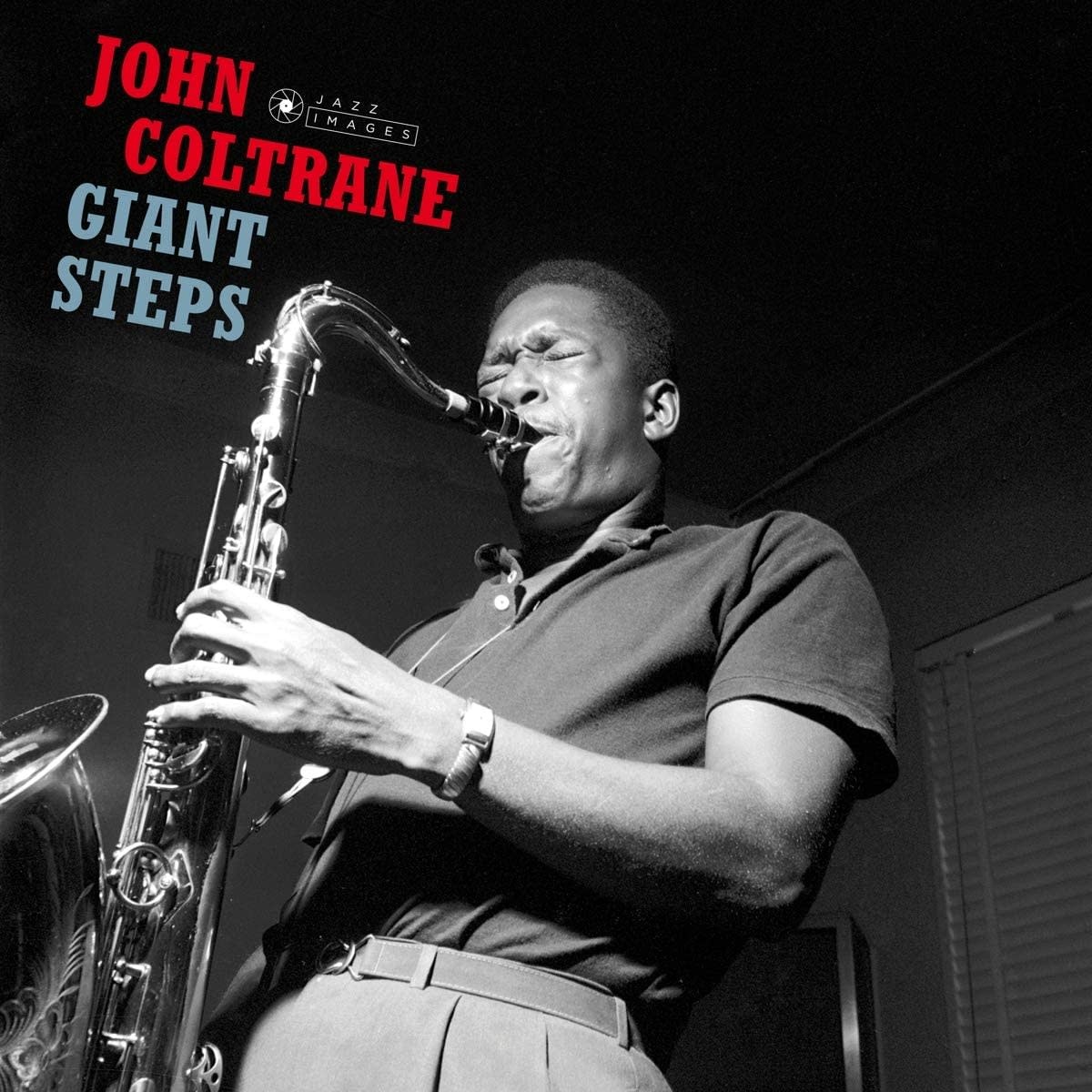 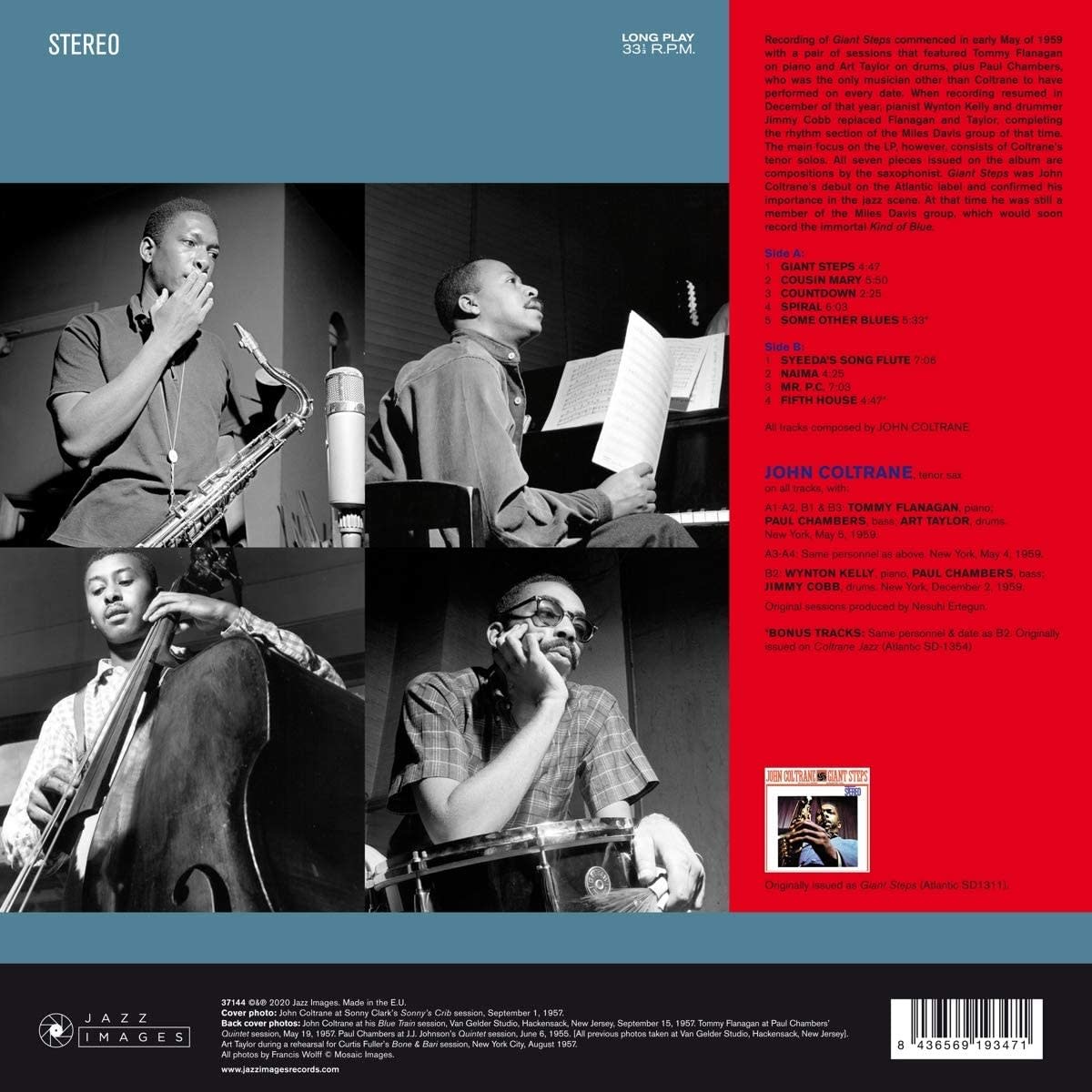 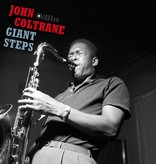 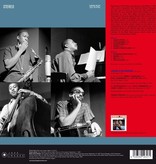 Recording of Giant Steps commenced in early May of 1959 with a pair of sessions that featured Tommy Flanagan on piano and Art Taylor on drums, plus Paul Chambers, who was the only musician other than Coltrane to have performed on every date. When recording resumed in December of that year, pianist Wynton Kelly and drummer Jimmy Cobb replaced Flanagan and Taylor, completing the rhythm section of the Miles Davis group of that time.

The main focus on the LP, however, consists of Coltrane’s tenor solos. All seven pieces issued on the album are compositions by the saxophonist. Giant Steps was John Coltrane’s debut on the Atlantic label and confirmed his importance in the jazz scene. At that time he was still a member of the Miles Davis group, which would soon record the immortal Kind of Blue.