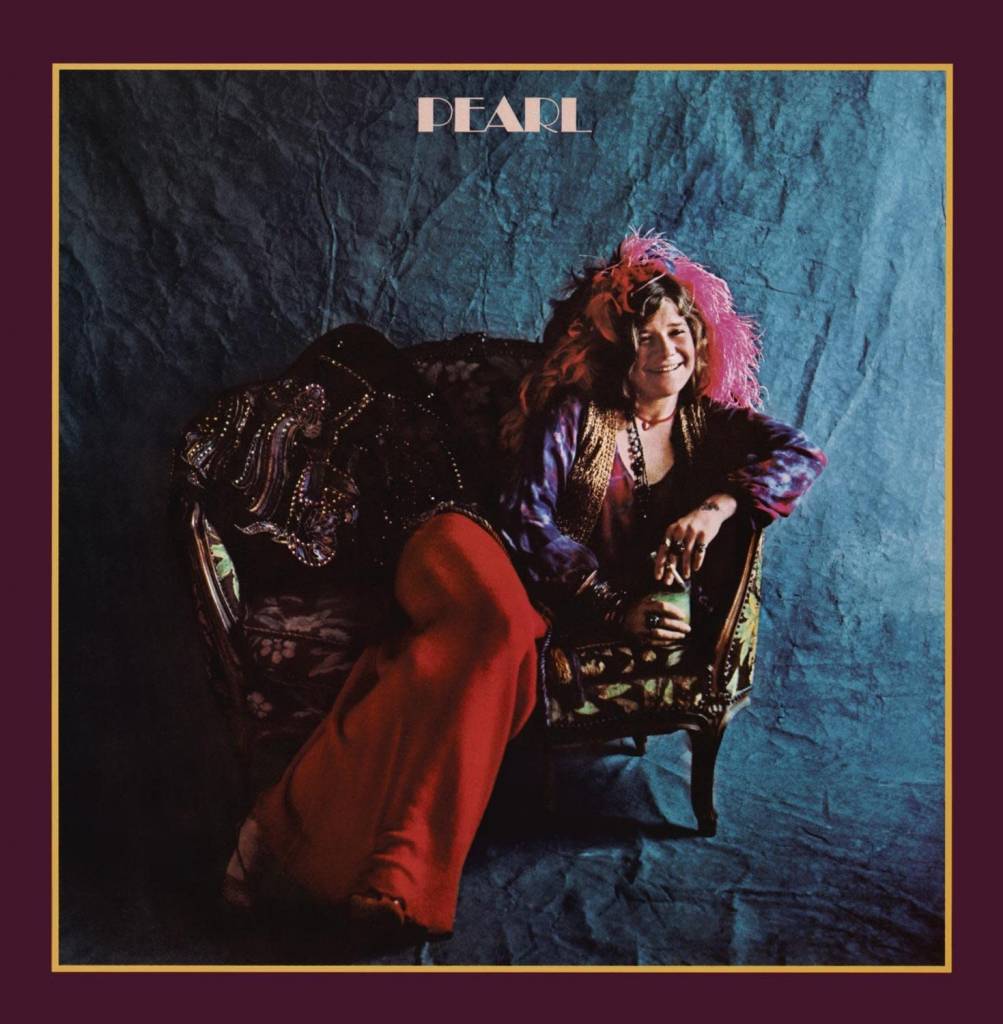 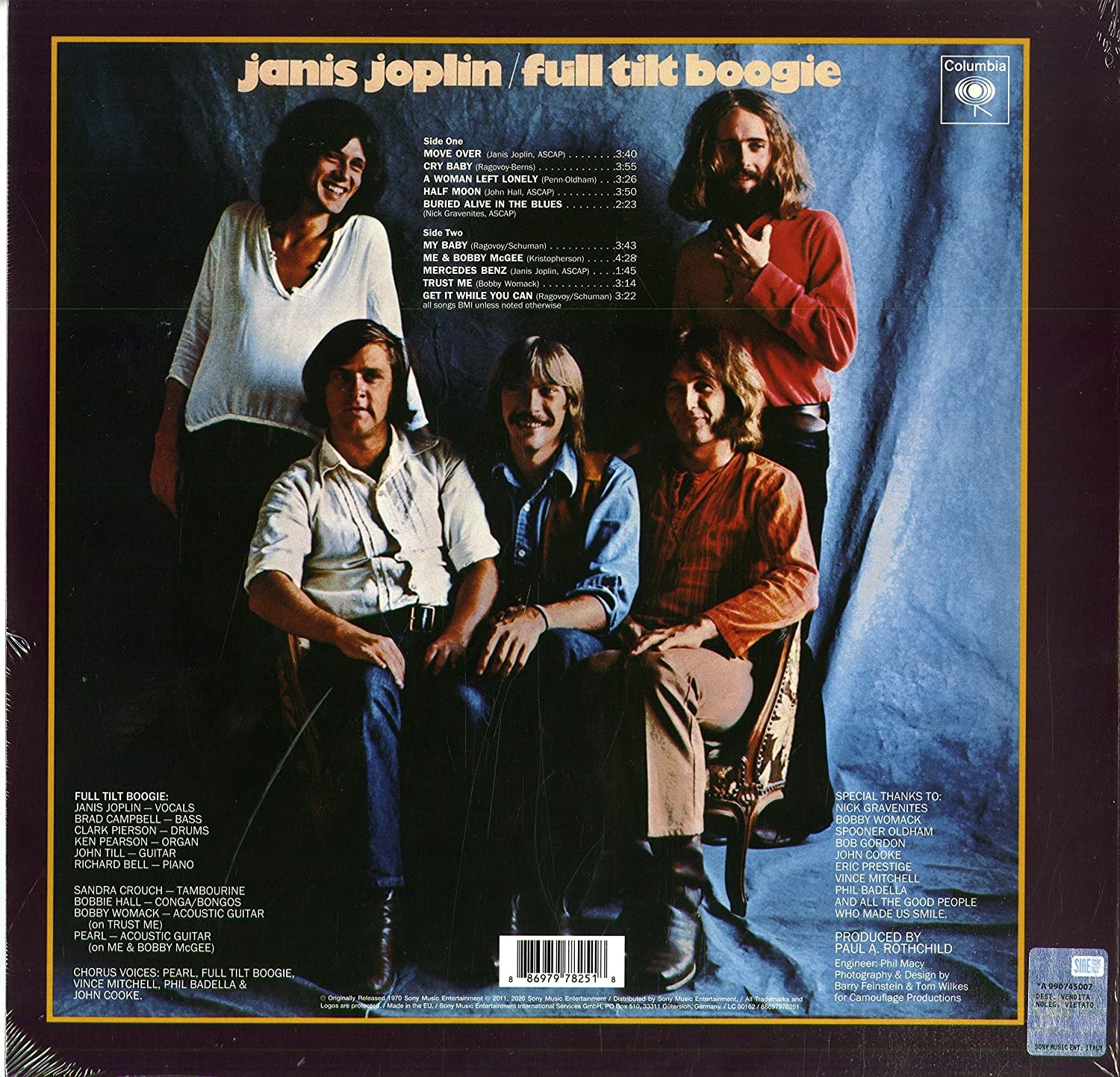 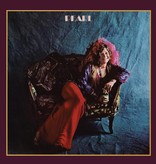 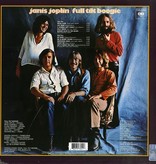 Janis Joplin's farewell masterpiece was originally released January 11, 1971, three months after her passing on October 4, 1970. Pearl debuted her final finished studio recordings. The only album Joplin ever recorded with the Full Tilt Boogie Band, the touring ensemble that had backed her on the Festival Express (a 1970 concert tour by railroad across Canada with the Grateful Dead, the Band and others), Pearl includes studio recordings of songs that had been introduced to audiences on tour.