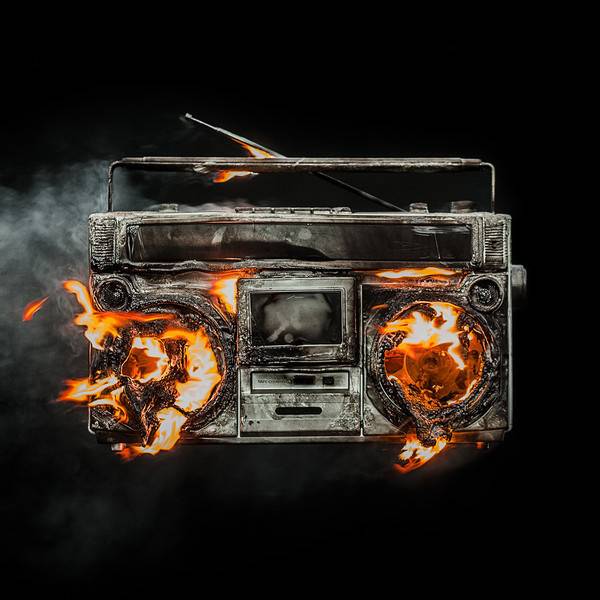 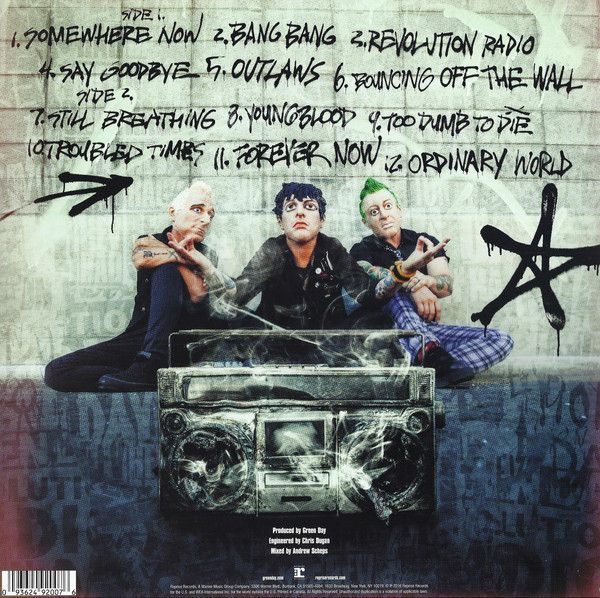 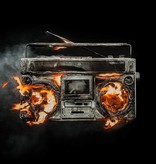 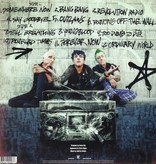 Revolution Radio is the twelfth studio album by American rock band Green Day, released on October 7, 2016 through Reprise Records. A self produced effort. Jason White, who became a full-time member of Green Day in 2012, returned to his role as a touring member earlier in 2016, and did not participate in the recording sessions. It is also their first since 1991’s Kerplunk not to be produced by longtime producer Rob Cavallo.

Three singles were released from the album; "Bang Bang", "Still Breathing", and "Revolution Radio". The album received generally positive reviews from music critics,[10] appeared on multiple year-end lists, and sold 95,000 first-week album-equivalent units in the US to debut at number one on the Billboard 200.   Revolution Radio also debuted at number one in the United Kingdom, Ireland, Italy, Canada, and New Zealand.