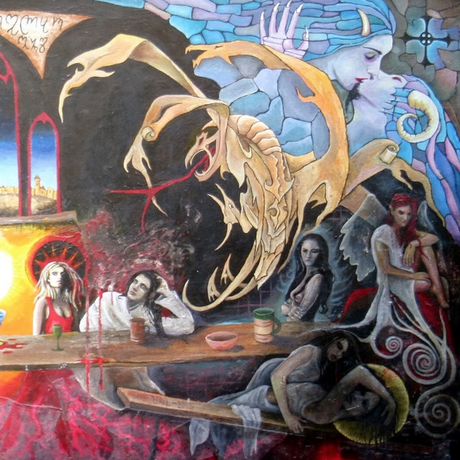 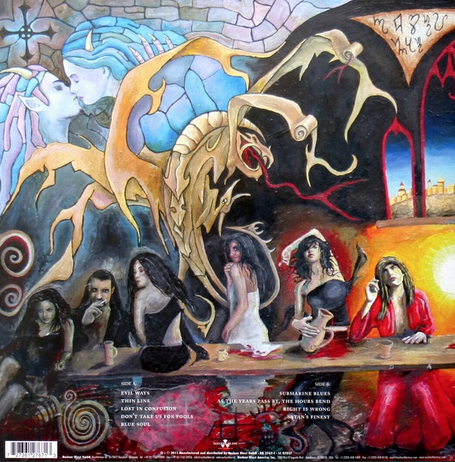 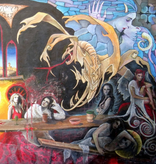 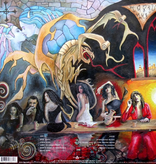 Under normal circumstances, some of the modern heavy rock bands owing their entire musical blueprint to early-'70s dinosaurs like Black Sabbath and Pentagram could very well be forgiven for recycling someone else's ideas because the statute of limitations for prosecuting them, so to speak, expired long ago. But in the specific case of Gothenburg, Sweden's Graveyard, similar accusations may prove a little more difficult to avoid, since they obviously follow in the footsteps not only of those aforementioned '70s groups but also those of their much more recent and similarly retro-obsessed countrymen, Witchcraft.

Of course good music will always cure what ails you (well, unless what ails you are lawsuits), and, to that point, although they're as derivative as the day is long in the middle of a Scandinavian summer, Graveyard display a natural instinct and élan for dissecting and rebuilding their heroes' works -- arguably with greater consistency than Witchcraft's debut, at least. And Graveyard's music does differ from that of their compatriots in small but discernible ways, especially by not being as leaden and doomy in general, but rather infused with a certain bluesy, post-psych swing. These traits, when topped with a nice, sticky frosting of distortion, breed instantly memorable riffs into hard-driving proto-metal nuggets like "Evil Ways," "Don't Take Us for Fools," and "Submarine Blues" (all of them very indebted to the aforementioned Pentagram); and when scaled back for a more blissful, psychedelic vibe, they yield memorable, stoned out contemplation's like "Right Is Wrong" and "Blue Soul."

Both of these personas converge on the near perfect "Blue Soul," which has pretty much everything going for it: staccato riffs, undulating grooves, and a fluidly bluesy guitar solo coda ("Thin Line," meanwhile, is another valiant try for balance that isn't quite as successful). But Graveyard's focus also falters every now and then, and most obviously during the Captain Beyond-esque "As the Years Pass By, The Hours Bend," where their acid trip goes awry midway through, and the closing "Satan's Finest," which may be fundamentally sound of music, but feels forced and gratuitous of lyric (who knew too much Satan could be a bad thing?). Nevertheless and all things considered, Graveyard's debut is as solid as it is entertaining -- even after one detracts a few points from the band for their borrowing ways.