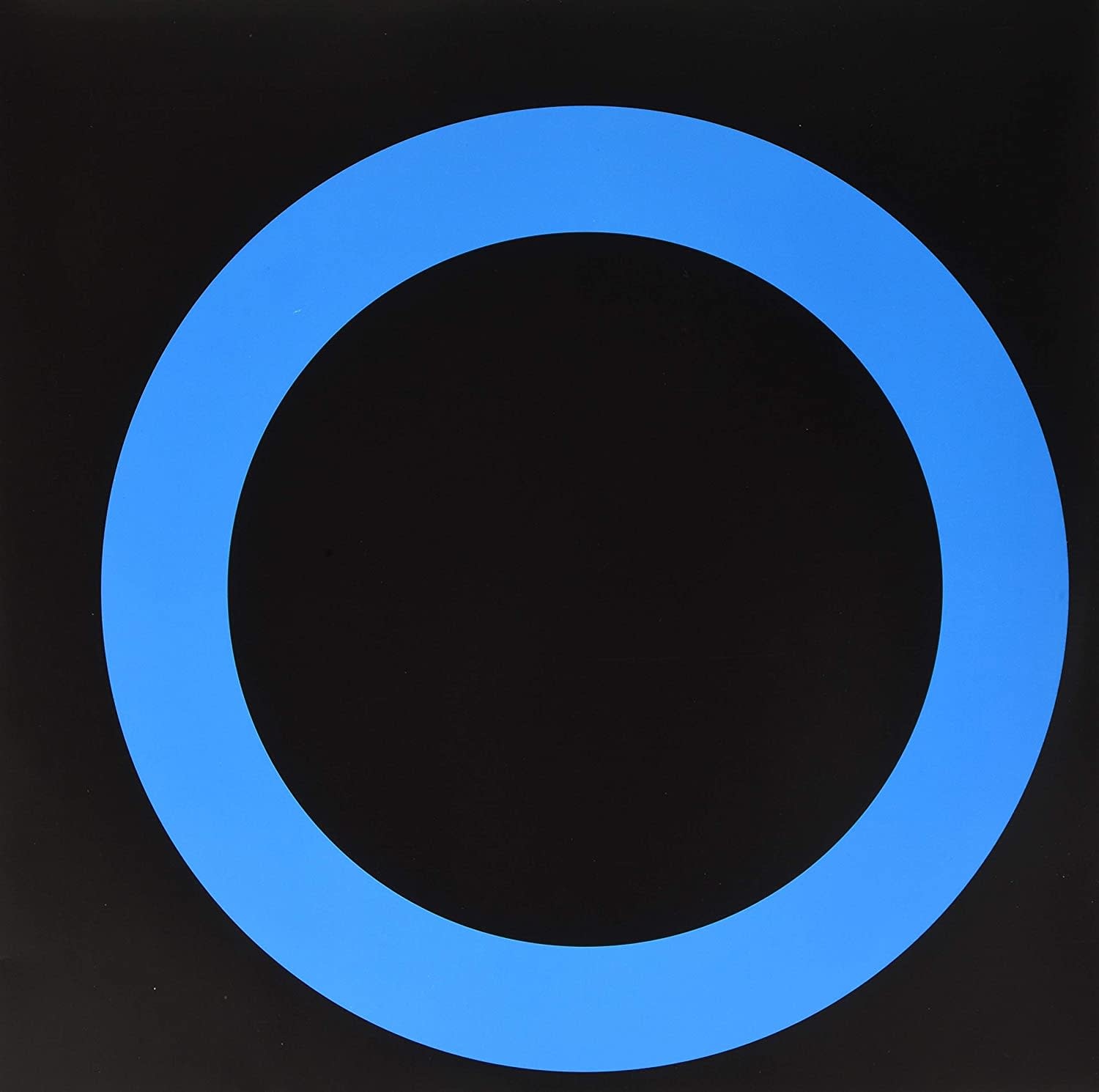 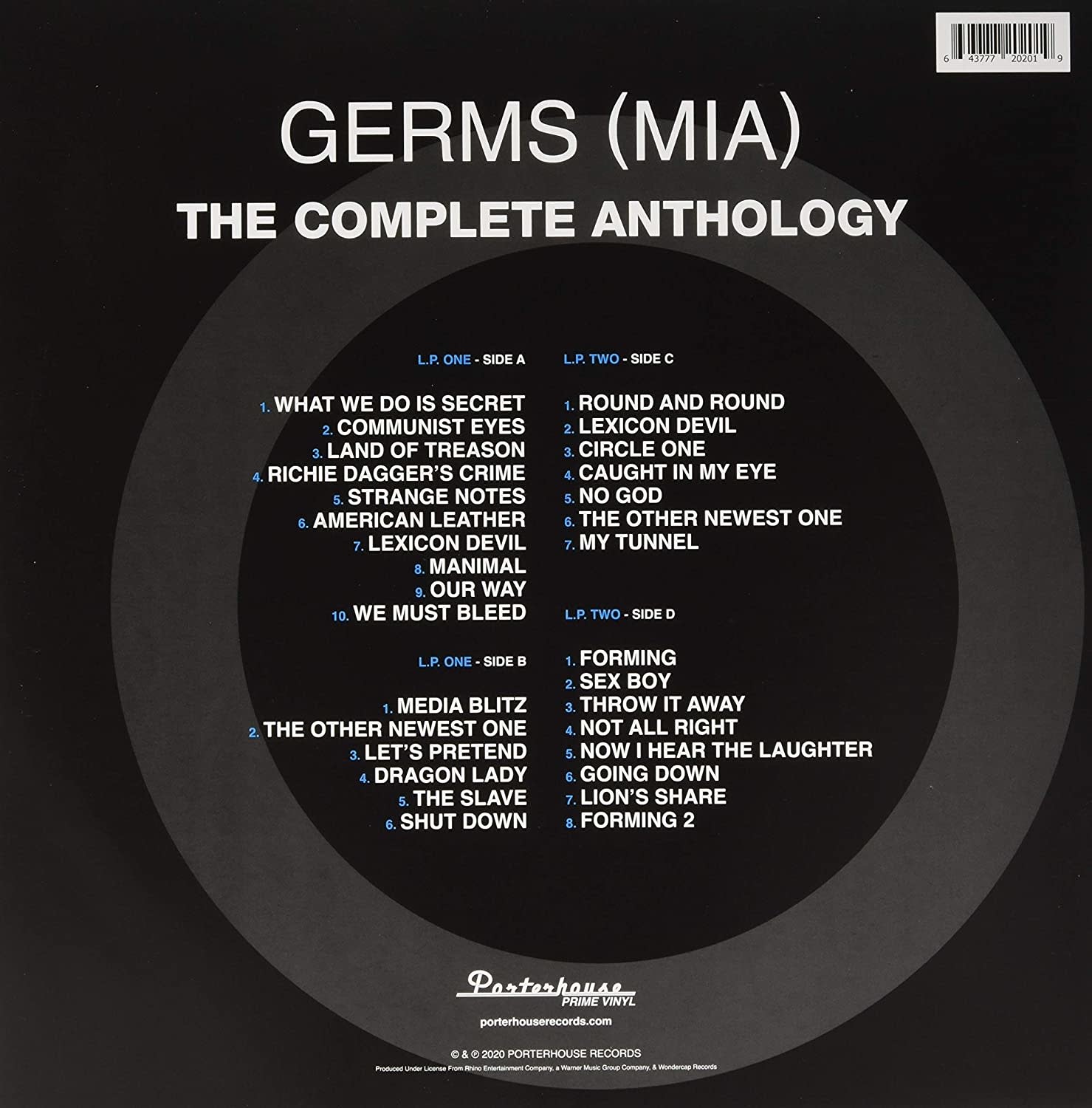 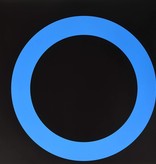 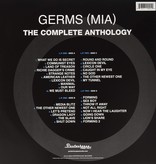 Porterhouse Curates the Worldwide Vinyl Debut of The Germs (MIA) The Complete Anthology. Porterhouse deliver a rejuvenated MIA that's completely re-mastered and re-sequenced for vinyl. The album GI appears as one 12" LP and the other LP sees the complete original sequence of the What We Do Is Secret EP, including the Live version of The Other Newest One and previously deleted live dialogue from lead singer Darby Crash. You'll now be able to experience the EP as it was actually intended to be heard.

Additionally, songs recovered from the Cruising Motion Picture Soundtrack and the band's early 7"s will complete the flip-side of the second LP in the anthology. The initial pressing of The Complete Anthology consists of a two LP set featuring black and blue vinyl with reverse labels. The package also includes the original liner notes.