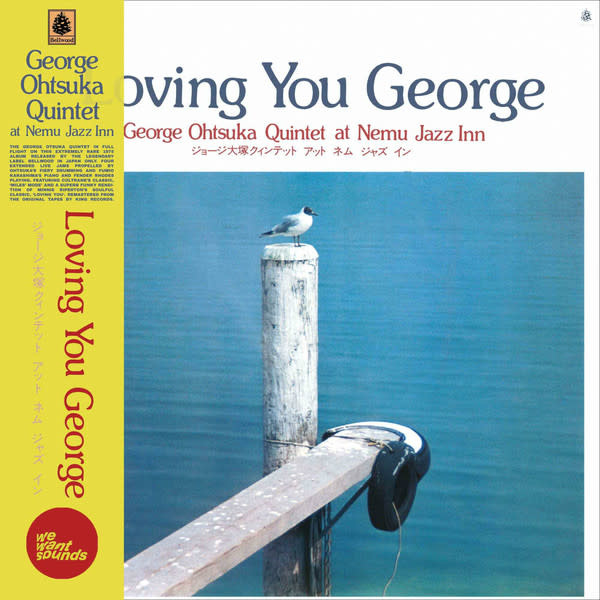 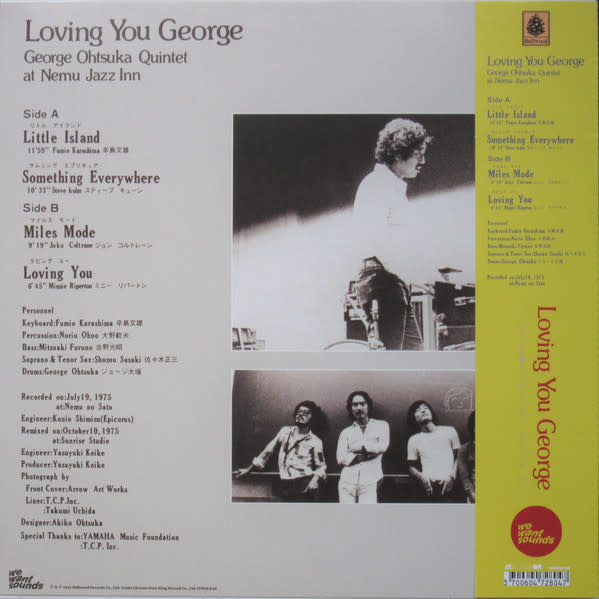 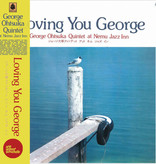 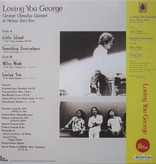 Wewantsounds is delighted to announce the reissue of cult LP by master Japanese drummer George Otsuka and his quintet, recorded live on 19th July 1975 at the Nemu Jazz Inn and released by cutting-edge Japanese label Bellwood, which had recently made waves with Haruomi Hosono's landmark "Hosono House." "Loving You George" is comprised of four superb performances led by Otsuka powerful drumming and Fumio Karashima's fender Rhodes including a wonderfully funky take on Minnie Riperton's 'Loving You'. Reissued on vinyl for the first time  since the 70s, it comes with original artwork, OBI strip and audio remastered from the master tapes by King Records in Japan.