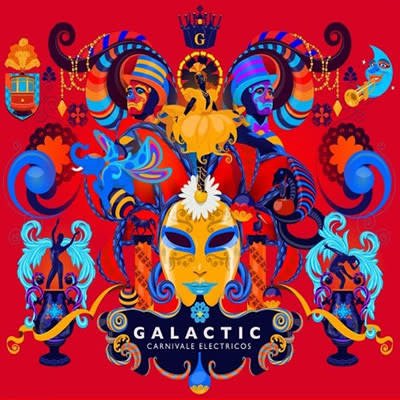 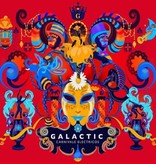 Galactic was form eighteen years ago in New Orleans; the band cut their teeth playing the biggest party in America, Mardi Gras. Carnivale Electronicos is the sound of that party, it’s a carnival record that evoked the primal, electric atmosphere of a whole city vibrating together to one beat, in a seismic wave that runs from New Orleans down through the Carribbean to the southern hemisphere and the mighty megacarnivals of Brazil. That’s the kind of connection Galactic wanted to make with Carnivale Electronicos: to draw together the carnival spirit of worldwide celebration into one ecstatic, funky union.