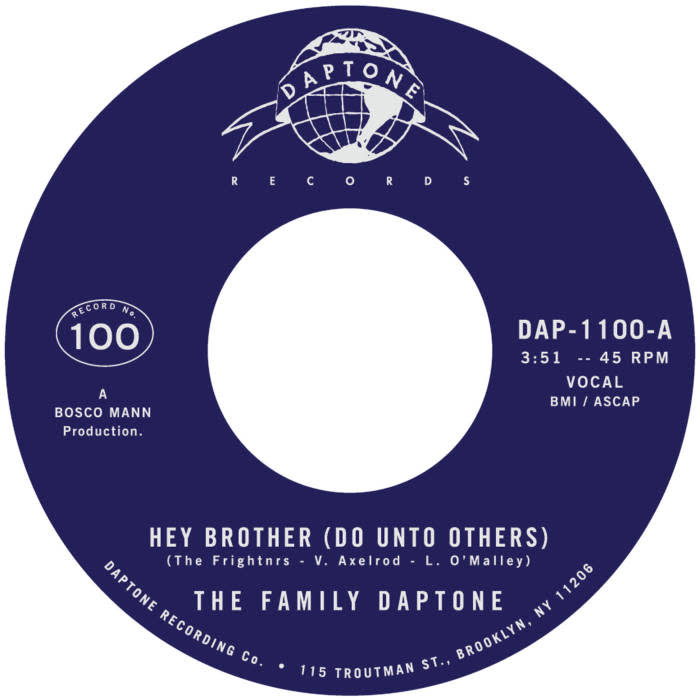 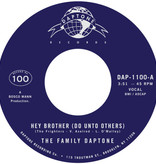 This, Daptone's 100th 45rpm release, features an unprecedented collaboration of talent from their legendary roster of artists.

The A side, 'Hey Brother' is a song written by The FRIGHTNRS and originally performed on their acclaimed rock-steady LP, Nothing More to Say.On the flip, "áSoul Fugue,' is an epic battle between two massive orchestral armies composed and arranged obsessively by BOSCO MANN based on the Fibonacci series and the number 100.