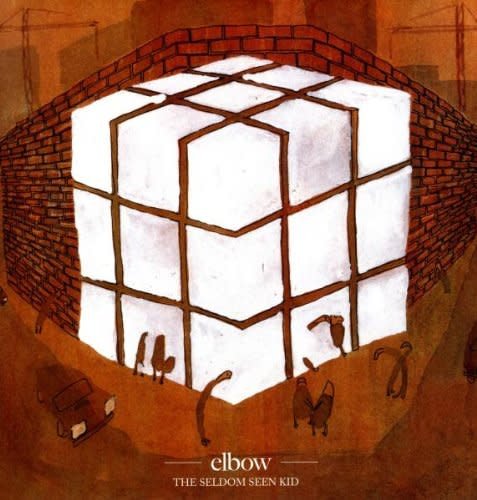 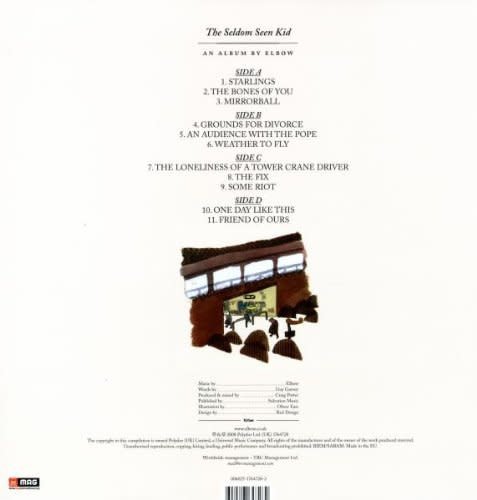 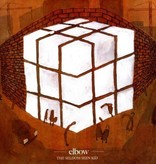 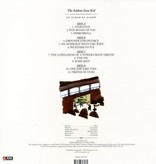 LP pressing of this 2008 release, their fourth album, includes one bonus track, 'We're Away'. The Seldom Seen Kid is a welcome return from the band, driven by a thunderous riff that reminds listeners of Elbow's love of the heavy as well as the delicate. Produced by keyboard player, Craig Potter, the album is the follow up to 2005's universally acclaimed Leaders Of The Free World. The lyrical core of The Seldom Seen Kid sees Guy Garvey address the key questions of life. The big themes of love and loss become the central focus of an album that sees Elbow, a band universally recognized for their musical ability and innovation, stretch their sonic template further than ever before. We move from the sparse Electronic of `Starlings' through the flamenco influenced `The Bones Of You' to the Zepellinesque Rock of the first single `Grounds For Divorce'.