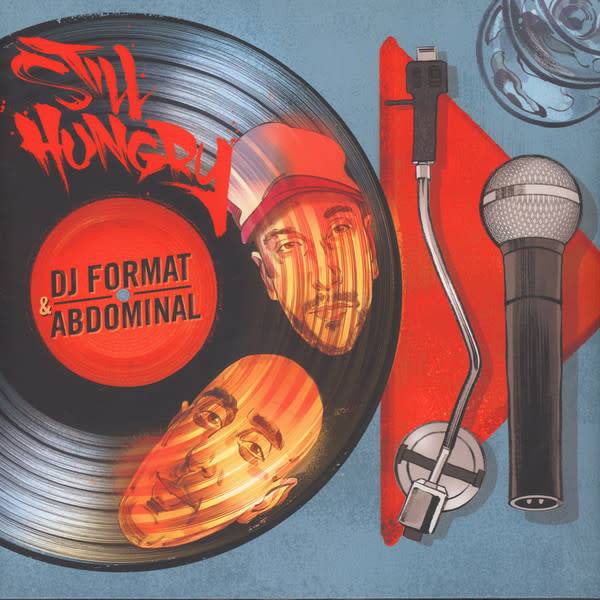 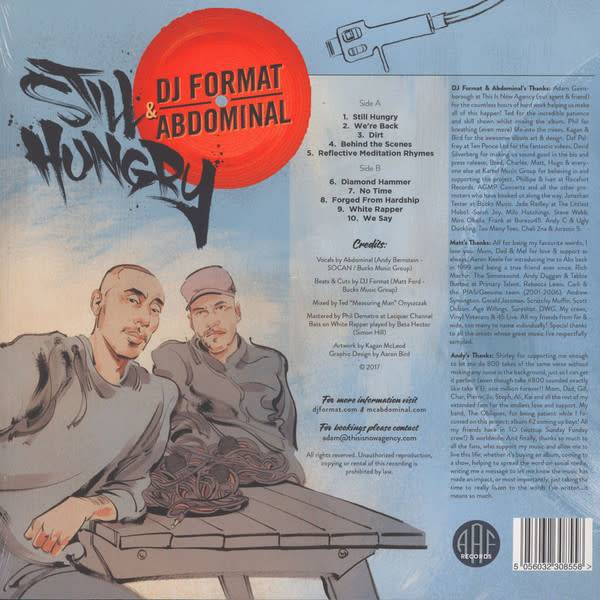 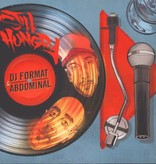 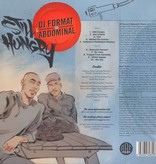 Brighton’s DJ Format and the Toronto MC Abdominal first teamed up back in 2001, for the single “Ill Culinary Behaviour.” That song, with its acrobatic lyricism and boom-bap classicism, put them squarely in the “bringing-real-shit-back” mode that was running rampant in edge-of-the-century indie rap. DJ Format winkingly acknowledged this revivalist spirit in the title of his 2003 album, Music for the Mature B-Boy, which included “Culinary” alongside two other songs with Abdominal that celebrated the hip-hop sound of ’88.

That fire remains intact on Still Hungry and, when you’re a rapper in your 40s, that’s no small feat. Abdominal’s Kane-meets-Serch flow and lacerating agility are on full display. He still nails traditional underground rap targets: sanitized, overprocessed culture (“Dirt”), his need to be respectful of hip-hop as an outsider (“White Rapper”), and the day-to-day schlep of working as a touring musician (“Behind the Scenes”). He delivers all of these with a knowing, aw-hell charisma and a flow that clicks masterfully with Format’s distinctly Golden Age production. Put ’em in front of a crowd starving for ’90s vibes—whether or not they were around for them the first time or not—and let Format & Abdominal do the rest.