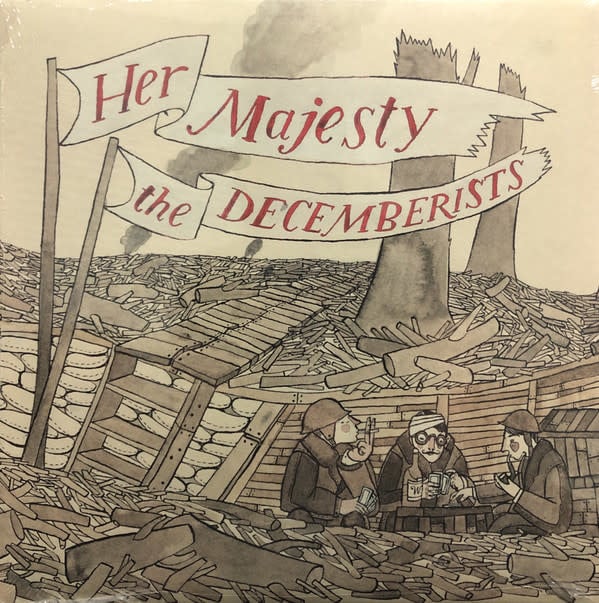 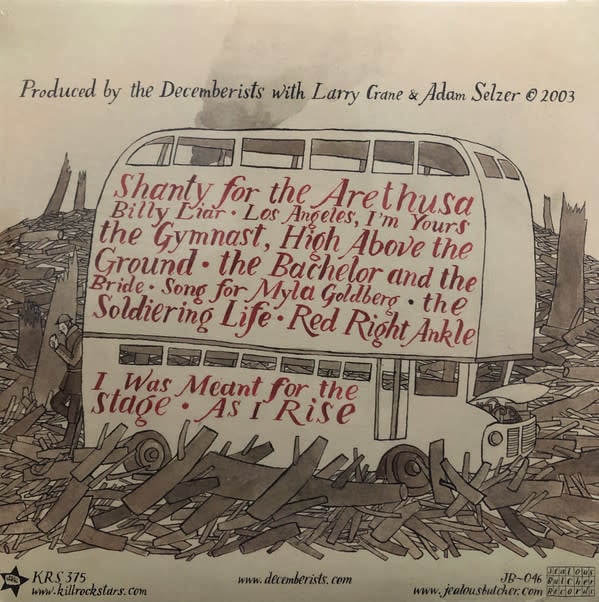 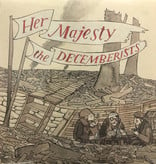 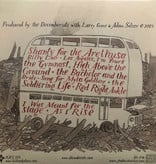 For all intents and purposes, "Her Majesty. . ." could best be described as the charming older brother to the band's previous outing. And, while being recognizably related to its sibling predecessor, it is an altogether different beast. Present and accounted for are the Victorian literary tropes, the rakish mariners, and the Dickensian downtrodden that slouched their way across the lazer imprinted surface of "Castaways and Cutouts"; in "Her Majesty the Decemberists," a new cast of characters is introduced as well, giving further depth to the richly bizarre songcraft of the band's bespectacled leading player, Colin Meloy: an aristocratic Jewess, slumming it blindfolded among the exotic avenues of a Chinese bazaar, the coifed and coked-up bon vivants of greater Los Angeles, the writer Myla Goldberg, and a pair of affectionate soldiers, celebrating their comradery among the mortar blasts and trench mud of World War I Belgium. Musically, the band travels