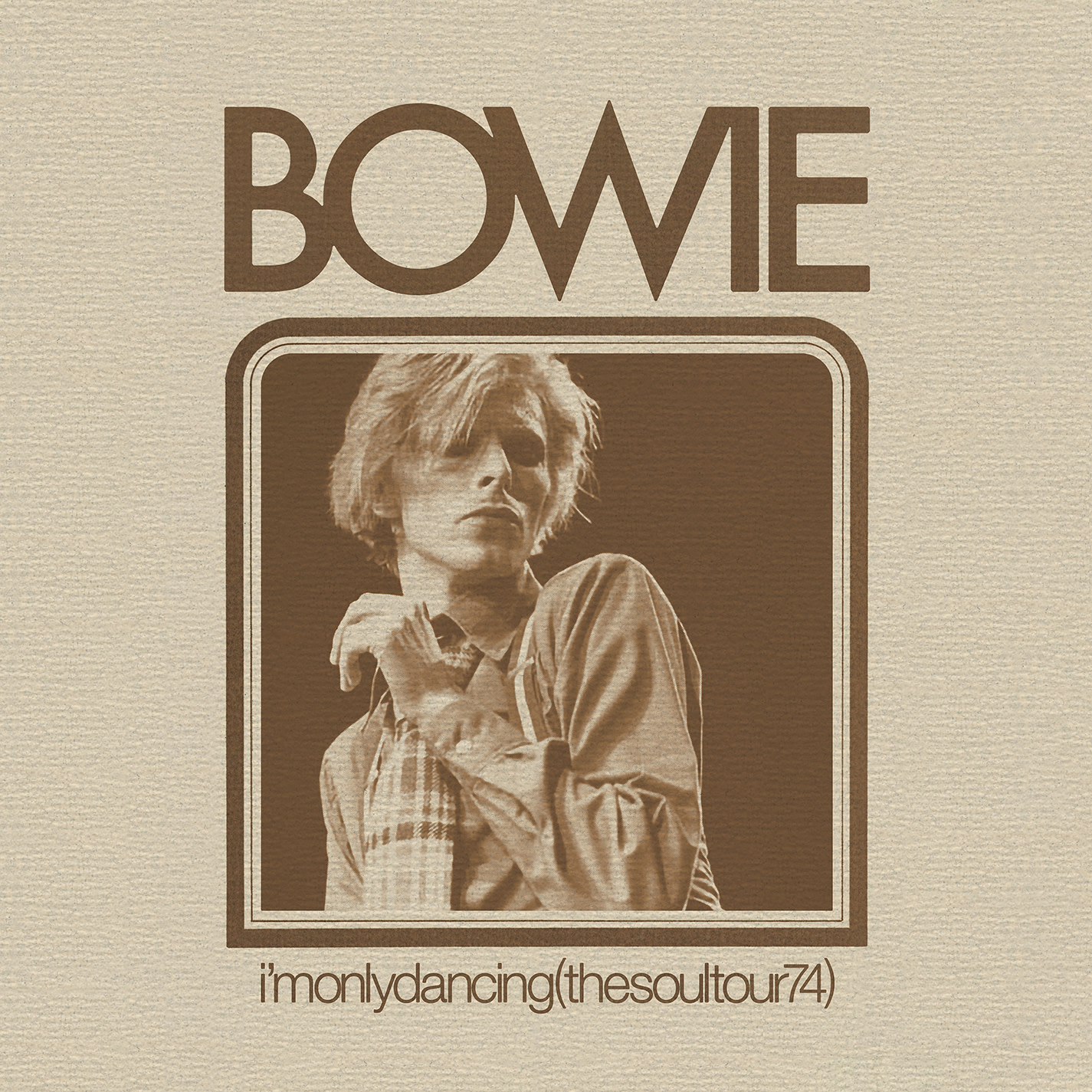 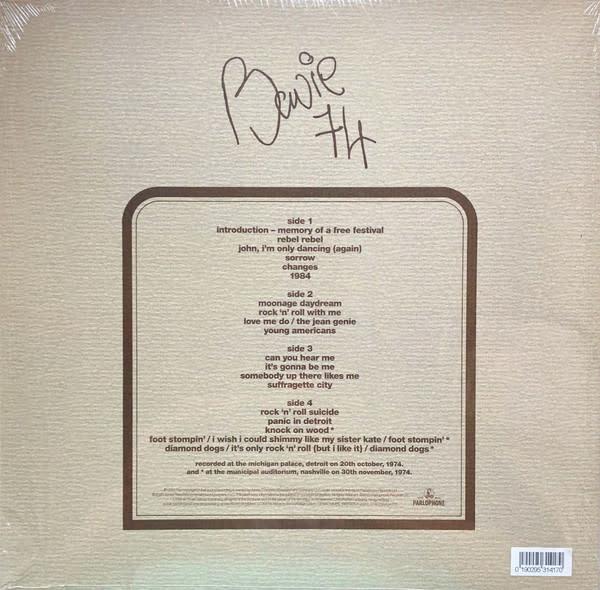 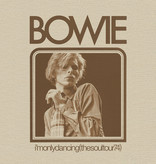 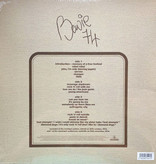 I’m Only Dancing - Taken from recently discovered sources in The David Bowie Archive®, I’m Only Dancing (The Soul Tour 74) was recorded mostly during David’s performance at the Michigan Palace, Detroit on 20th October, 1974, with the encores taken from the Municipal Auditorium, Nashville on 30th November, 1974.

The Soul Tour was a radical mid-tour departure from Bowie’s 1974 Diamond Dogs theatrical extravaganza. During a three week break in late 1974, the Diamond Dogs Tour’s elaborate six-ton Hunger City stage set was drastically stripped back, and the tour’s set list overhauled to include as-yet-unreleased tracks from the Young Americans sessions at Sigma Sound in Philadelphia. The Soul Tour also featured a revamped band, augmented to include musicians and vocalists from those sessions, and rechristened The Mike Garson Band.

I’m Only Dancing (The Soul Tour 74) follows on from the previous Record Store Day 2 LP release Cracked Actor (Live Los Angeles ’74) and is an incredible historical document of a performer and band at the height of their live powers. The artwork for both the 2 LP and 2 CD releases is based on the original design for the programmes available at venues for dates on The Soul Tour.  The Soul Tour has taken a on mythical status among Bowie fans, as the tour only visited 17 cities in the East and South of US. This is the first time that any audio from this incarnation of the tour has ever been officially released.