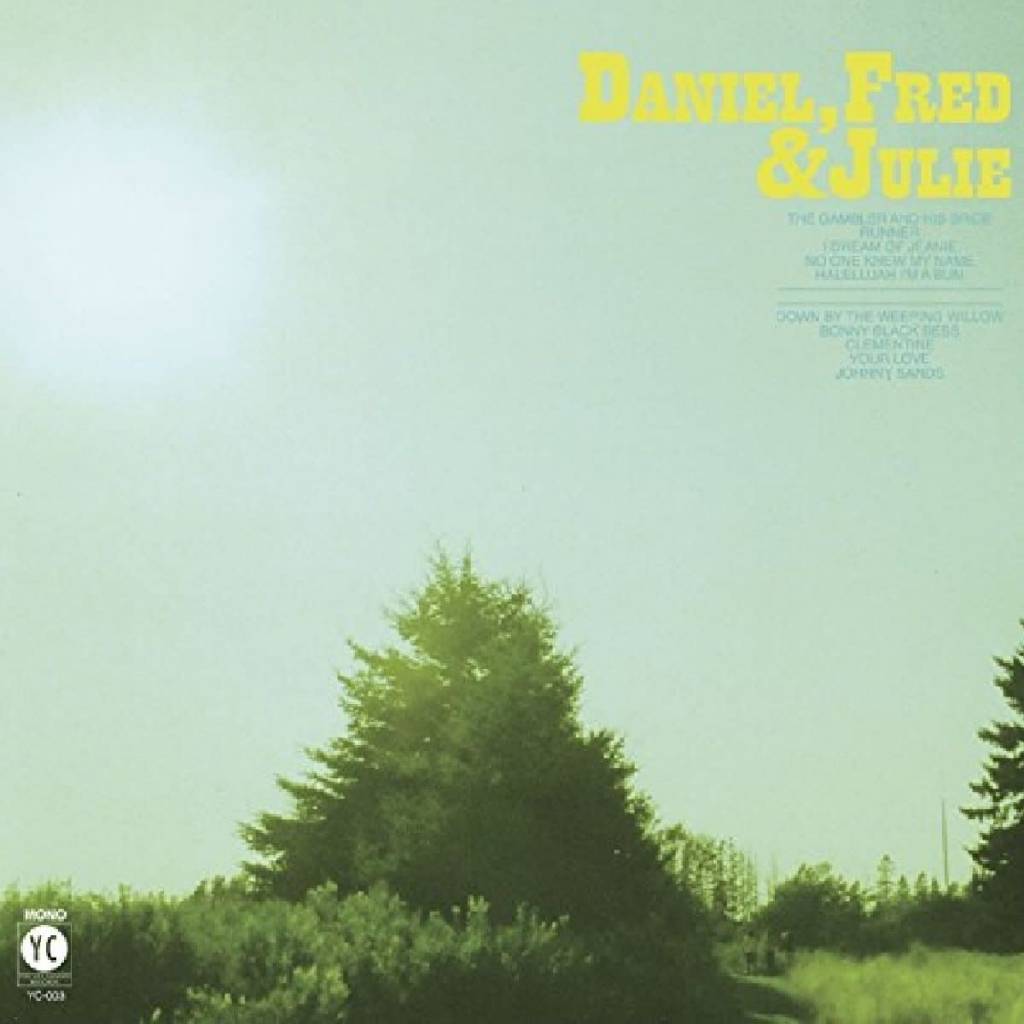 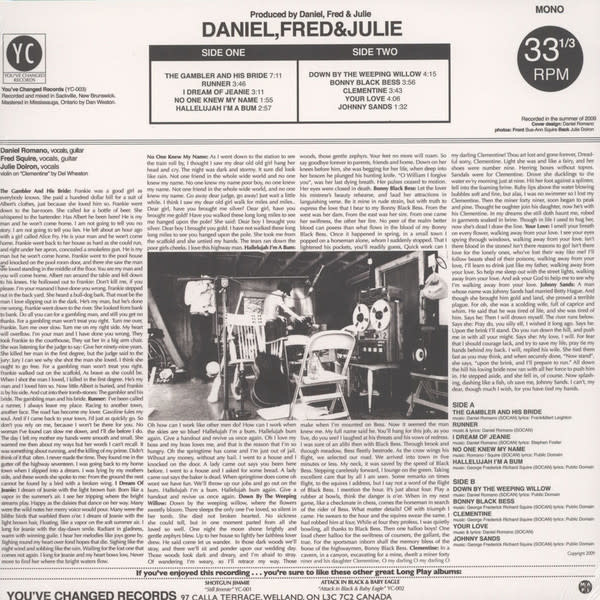 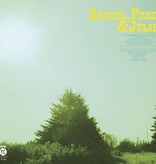 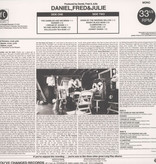 Daniel, Fred & Julie is a very special collaboration between three beloved musicians: Daniel Romano, Frederick Squire, and Julie Doiron. But this is a record unlike any previously heard from these fine and versatile performers. Daniel took the train to Sackville, NB in the summer of 2009, with a couple of acoustic guitars and a couple tattered books of folk songs. The tape machine was set up in Fred's garage. A microphone was placed on the floor in front of a semi circle of folding chairs. The weather was good that week, the garage door was open, cars would pass, and kids on bicycles.

Arrangements were made up on the spot, harmonies worked out, verses picked and chosen, lyrics copied onto long scraps of paper. The songs were put down quickly, with no overdubs or edits, and the record was finished in a couple of days. Daniel, Fred, and Julie is a record of Folk Music: three part harmonies, guitar picking and strumming, songs of romance, justice, murder, loafing, and complaint, horses and gambling, old songs, in the public domain, public songs for singing together. Daniel, Fred, And Julie also features two compositions by Daniel that have become classics in their own right: Runner, about the eternal doomed ramblings of a man, sung here spookily and powerfully by Fred; and the lamenting and beautiful Your Love.