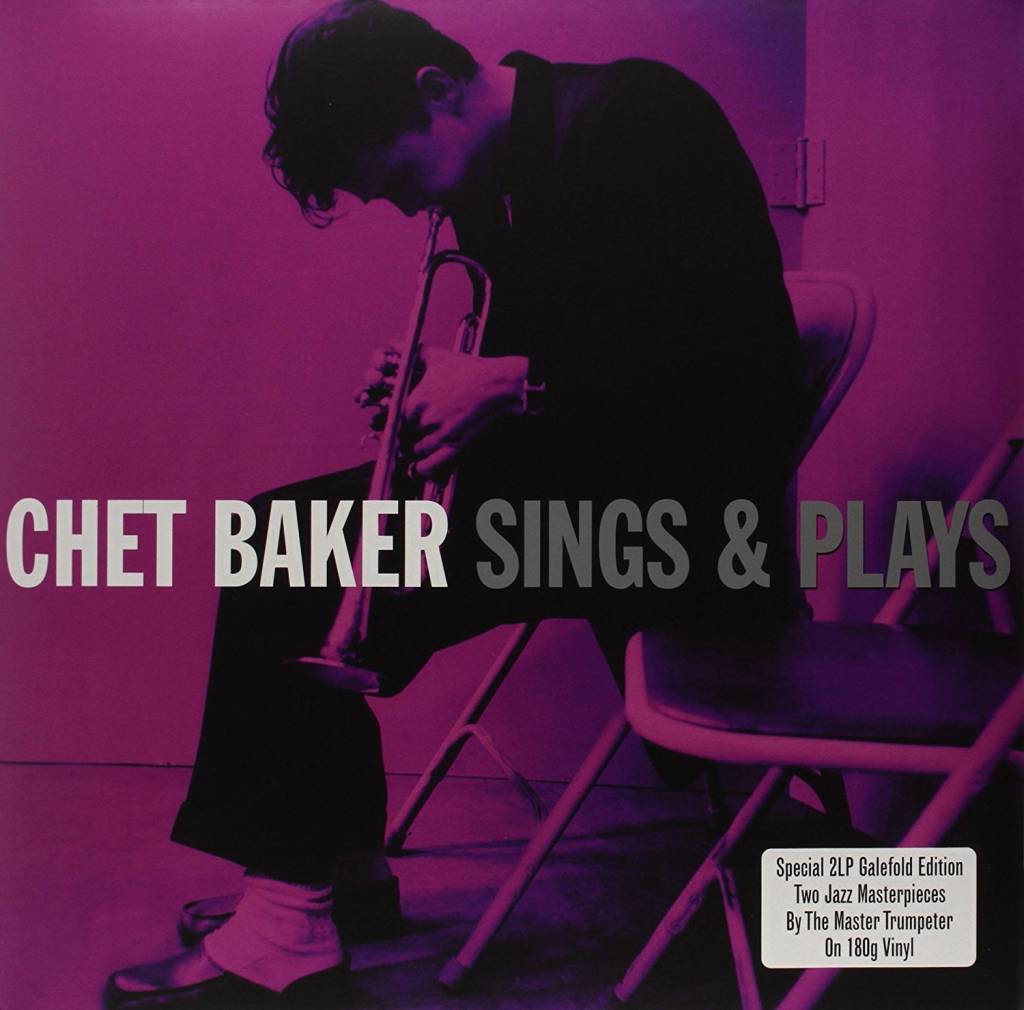 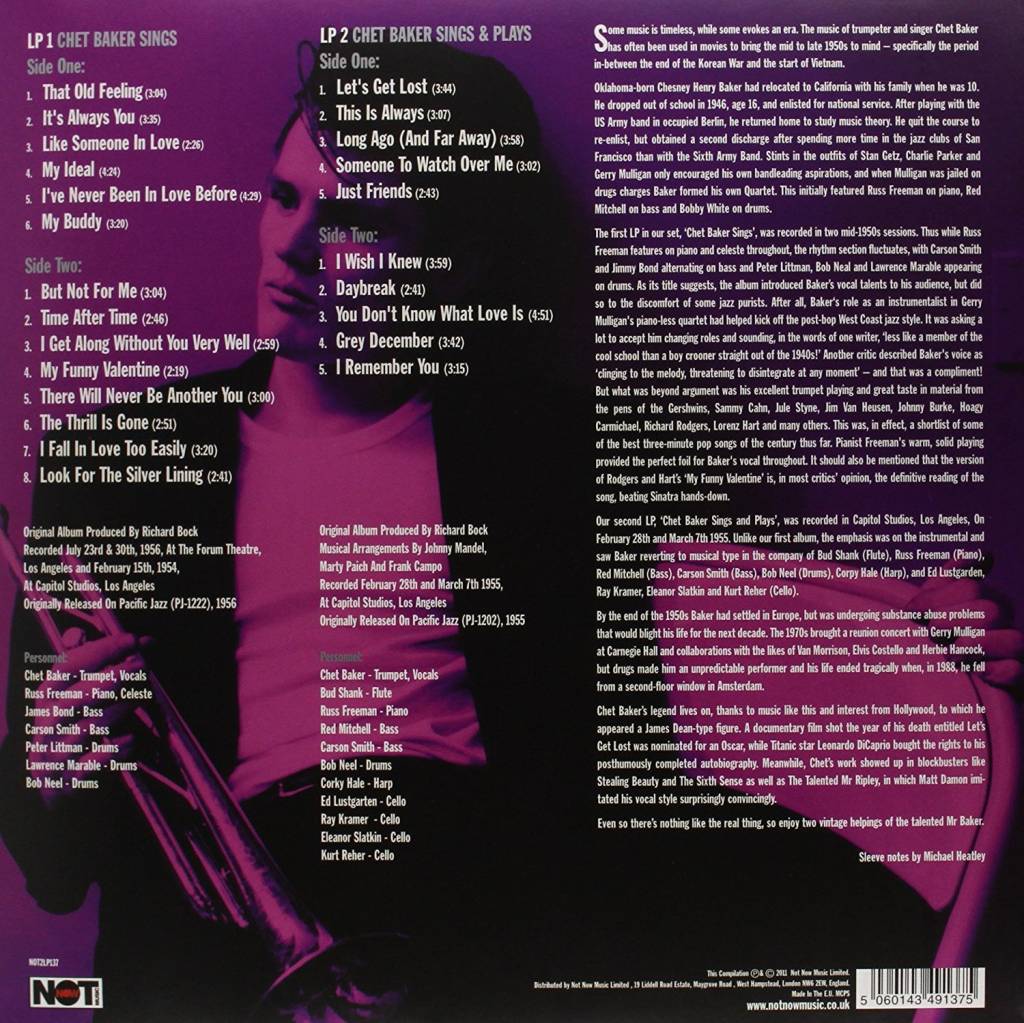 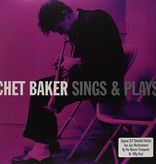 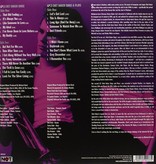 This 2LP set includes two albums from the mid 50’s; ‘Chet Baker Sings’ & ‘Chet Baker Sings And Plays’. His legend lives on, thanks to his music and interest from Hollywood, to which he appeared a James Dean-type figure. A documentary film shot the year of his death entitled Let’s Get Lost was nominated for an Oscar, while Leonardo DiCaprio bought the rights to his posthumously completed autobiography.

Chet’s work showed up in blockbusters like Stealing Beauty, The Sixth Sense as well as The Talented Mr Ripley, in which Matt Damon convincingly imitated his vocal style. There’s nothing like the real thing, so enjoy two vintage helpings of the talented Mr Baker.