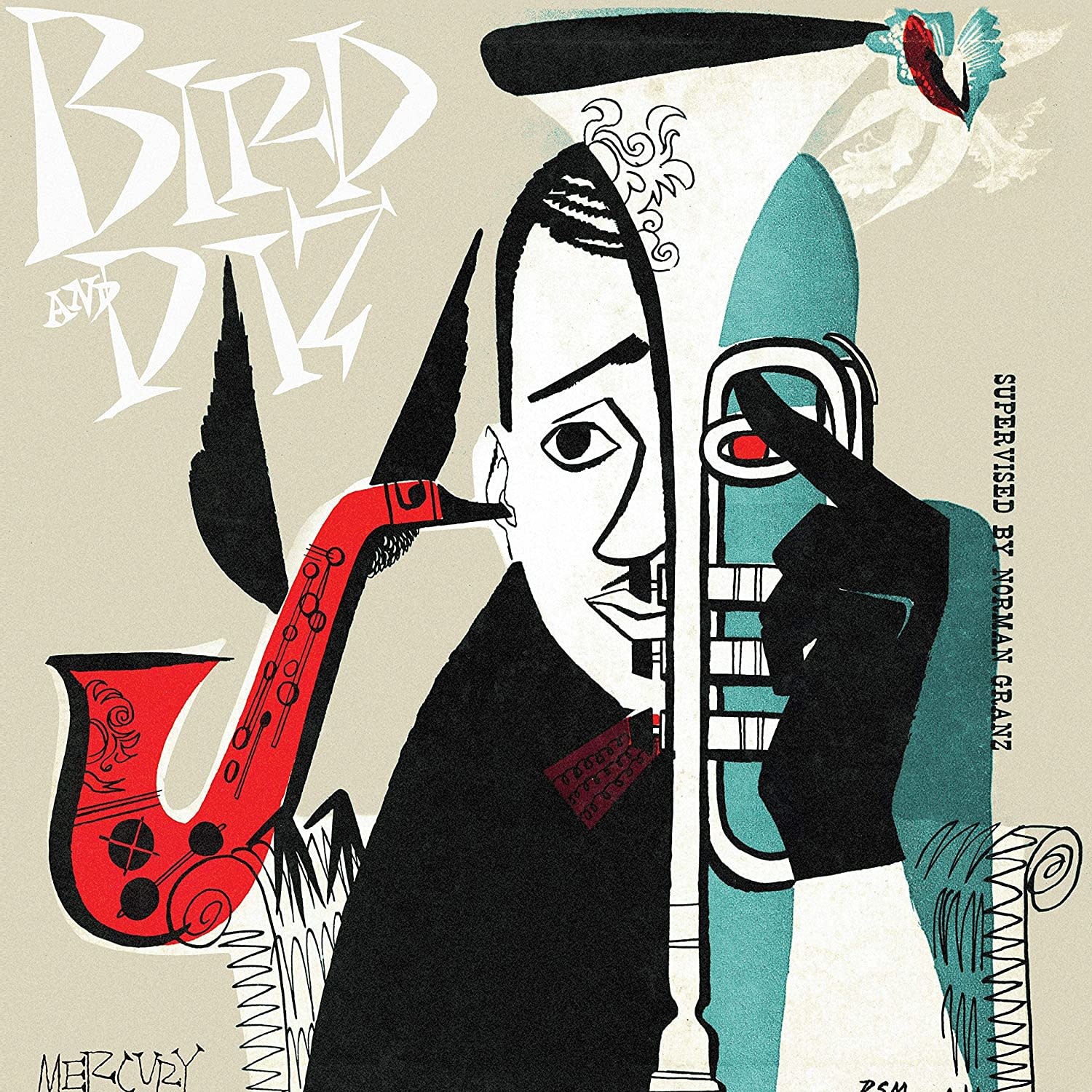 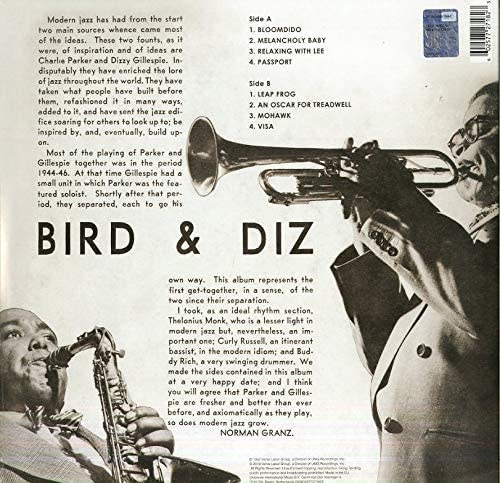 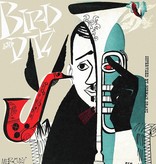 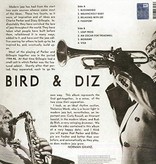 The final collaborative recording by Charlie Parker and Dizzy Gillespie was the aptly named "Bird and Diz" recorded over various dates in 1949 and 1950. It was originally released as a 10" album by Clef Records in 1952. In 1957, following Parker's death, it was reissued by Verve Records in the "Genius Of Charlie Parker series" as "No. 4".