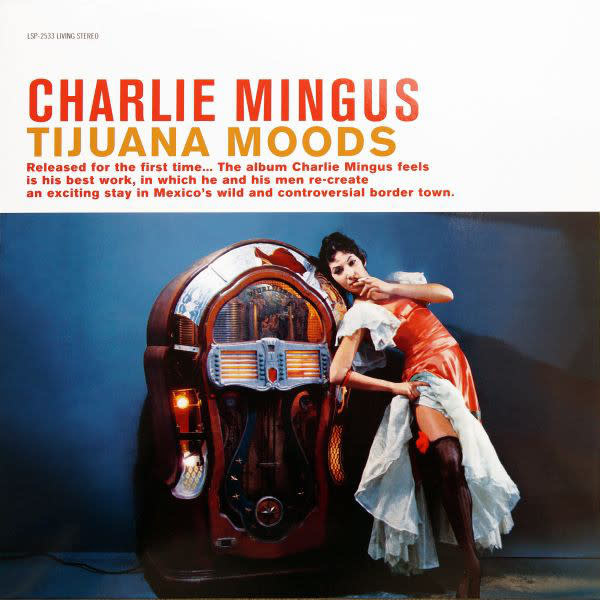 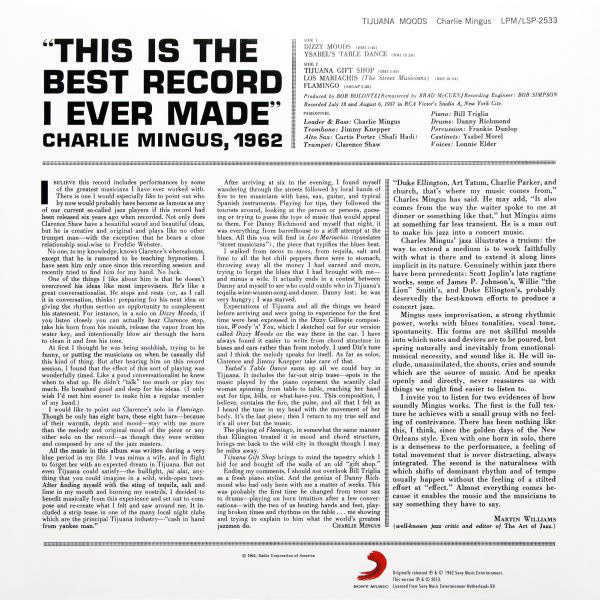 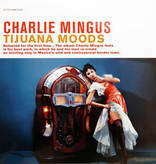 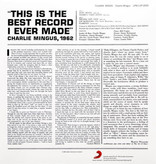 When this LP was released in 1962, it was honored with the maximum number of stars that Downbeat, the most famous of all jazz magazines, could award. Is there any better proof that the composer and arranger Charlie Mingus was ahead of his time? As a double bassist he was rather less virtuosic than his fellow musicians – and not just on these recordings. However, these five numbers earned every single star of the five they were awarded.

They illustrate his masterly handling of Mexican folk music and his skill in integrating it into his jazz. The small ensemble of Clarence Shaw, whom Mingus described as a super-improviser on the trumpet, Jimmy Knepper, a technical ace on the trombone, the legendary tenor saxophone player Shafi Hadi, and his longstanding friend Dannie Richmond on the drums all earn the very highest recognition, even though the sextet of 1963/64 once more enhanced their creativity in later years. No record collection is complete without the present highlight. Grab this opportunity to close the gap on your shelf, especially since these recorded jewels have an unusually good sound.