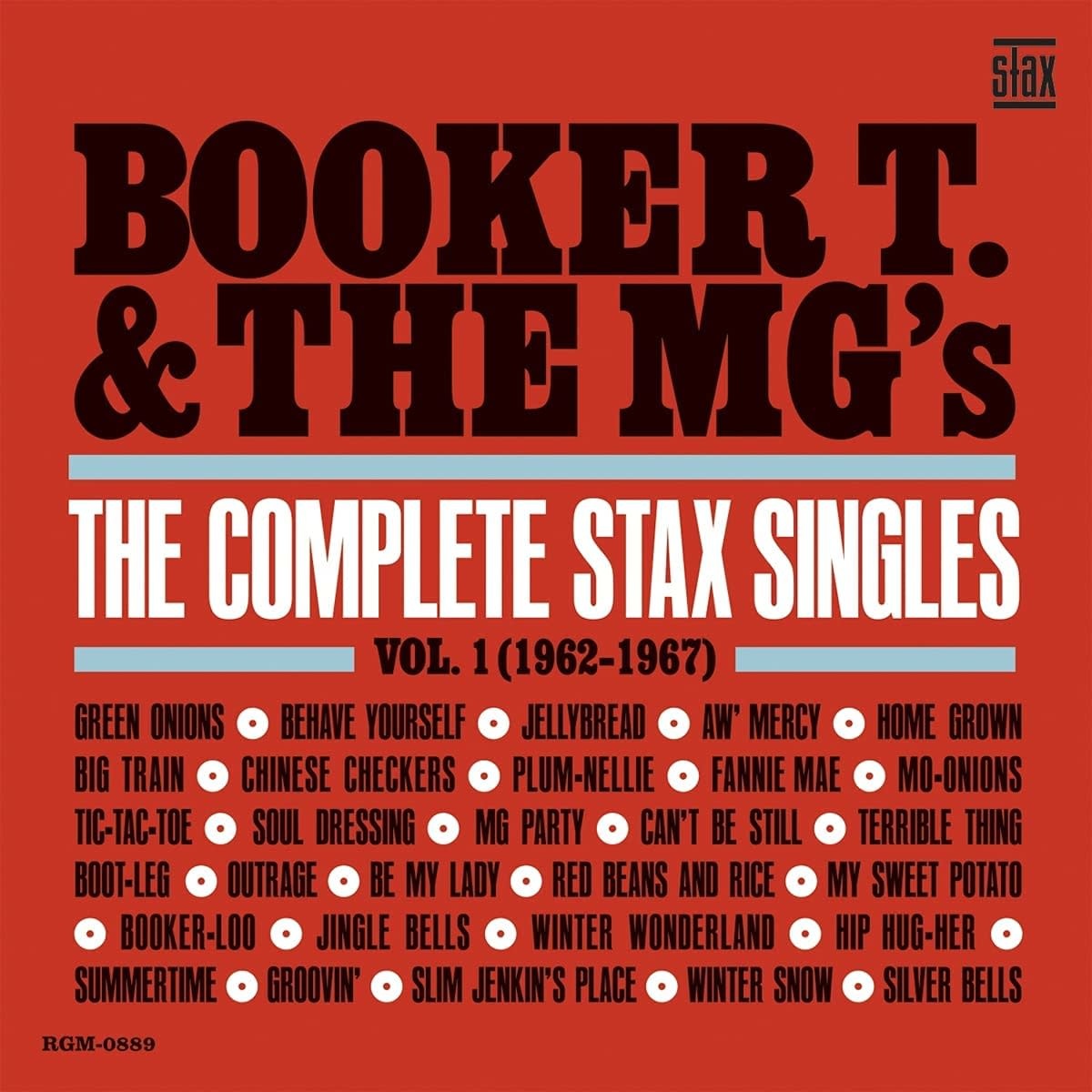 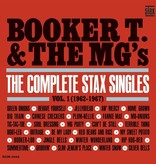 With apologies to groups like The Meters, Bar-Kays, and Average White Band, when it comes to all-time great instrumental R&B bands, for most folks Booker T. & the MG’s represent the gold standard. And with good reason…or, actually reasons! First of all, as the house band of the hallowed Stax label, The MG’s pretty much invented the sound of Southern soul, playing on records by everybody from Otis Redding to Wilson Pickett to Carla Thomas.

Second, on their own as Booker T & the MG’s, they came up with some of the most indelible instrumental jams of all time, including—but by no means limited to!—“Green Onions.” And, third, each member of the band was an absolute monster on their instrument, to this day revered and copied by untold numbers of musicians. Indeed, by the time the mid ‘60s rolled around, bands on both sides of the Atlantic wanted to sound like Booker T. Jones, Steve Cropper, Al Jackson, Jr, and Lewie Steinberg (replaced about halfway through this collection by the great Donald “Duck” Dunn). And what was that sound? Well, a typical MG’s tune started from the bottom-up, resting on the rock-solid drumbeat of Jackson and the in-the-pocket bass work of Steinberg and, later, Dunn, over which keyboardist Jones and guitarist Cropper traded slinky and/or stinging licks. But these cats weren’t just riff-happy groove masters; Jones basically codified the classic Hammond organ sound and Cropper’s guitar tone remains the Holy Grail of anyone who’s ever picked up a Fender Telecaster. Together, they recorded 49 single sides for Stax under the name of Booker T. & the MG’s, and you’ll find the first 29 (yes, 29!) of ‘em right here, released on a single CD or double-LP pressed in red vinyl.

As with all of our singles collections, we have very carefully vetted these songs to make sure they are the correct mono single versions, with mastering by Dan Hersch at d2 Mastering, and tape research and sourcing by Mike Johnson and Aaron Kannowski with help from Bill Inglot. Ed Osborne has contributed detailed notes and discographical information, too, and the set’s produced by Real Gone’s own Gordon Anderson. As for the music, it pretty much speaks for itself: 29 songs, 15 of which reached the charts, including, along with “Green Onions,” such classics as “Boot-Leg,” “Hip Hug-Her,” and “My Sweet Potato.” Get ready to get into the groove and stay there for a nice, long while!