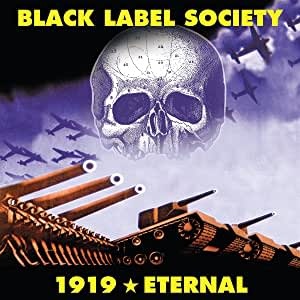 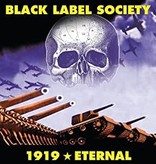 1919 Eternal is something of a turning point in the band’s career. The two albums which preceded it were fairly raw, straightforward and a bit doomier. 1919 Eternal sees the band writing a much more varied set of songs, with more ballads, a slightly less Stoner Rock influenced sound and a different approach to the production. Its still heavy, biker and alcohol themed Metal with lots of personality filled lead guitar playing, but taken in a slightly different direction than the band’s earliest work.

There are a real mixture of styles present on tracks here; ‘Speedball’ is an acoustic guitar solo, ‘Battering Ram’ is a furious, fast paced thrasher, ‘Lost Heaven’ is a slower, more atmospheric track, and the album ends with an acoustic cover of ‘America The Beautiful.’