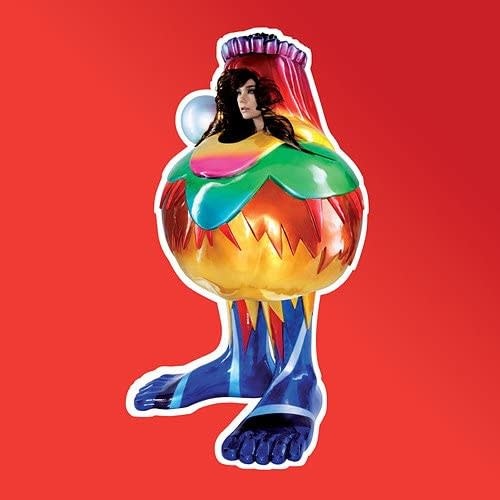 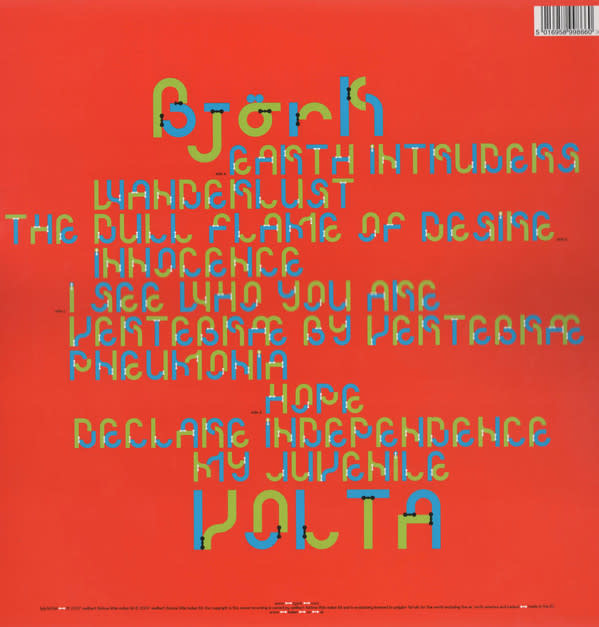 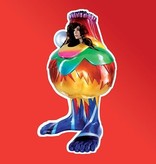 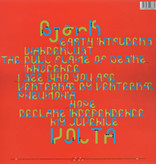 Volta is the stunning album from musical innovator and icon Bjork. Volta was written and produced by Bjork, with three tracks co-produced with Timbaland and Mark Bell. In the role of producer Bjork has brought in various other musicians to work on her songs and Volta features some of her most interesting collaborations so far with Antony (Antony and the Johnsons) singing on two tracks, and Timbaland (Jay-Z, Missy Elliot etc) working with Bjork on beats that she created for three further songs.

Other artists that feature on Volta include electronic pioneer Mark Bell of LFO and two unique drummers - Chris Corsano (the improvisational drummer who has worked with Sonic Youth among others) and Brian Chippendale from Lightning Bolt. Bjork also brought in two acclaimed African artists for Volta - Toumani Diabate, the Malian Kora player and Konono no1 the experimental band from the Congo who won a BBC world music award in 2006. She has also put together her own 10 piece female brass section of Icelandic musicians who play on three further tracks. meanwhile Chinese pipa expert min Xiao-fen plays on one song.