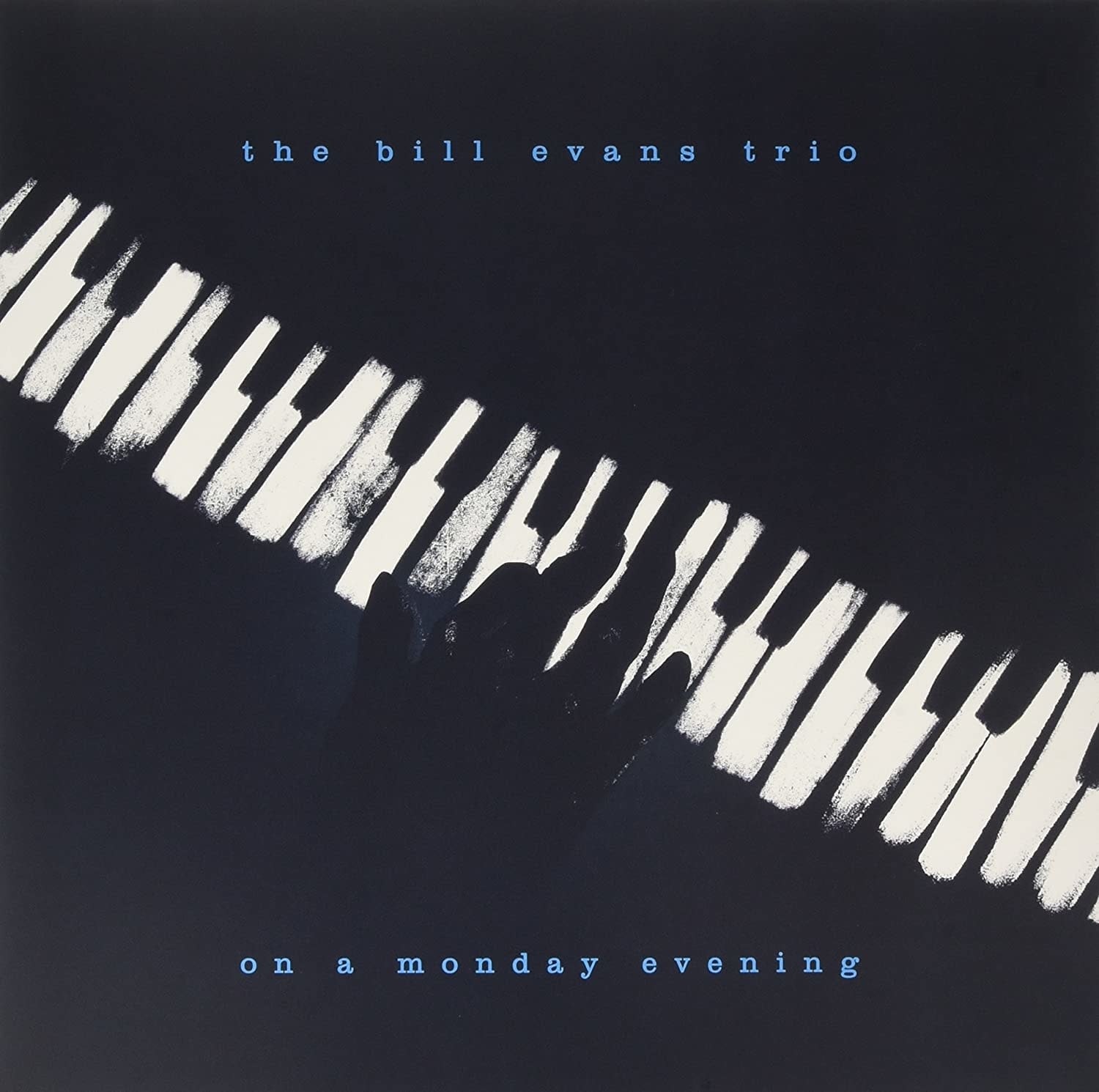 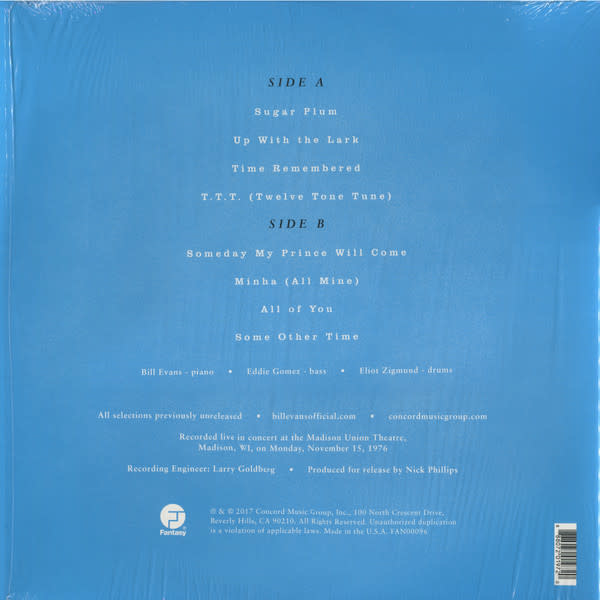 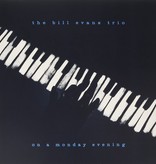 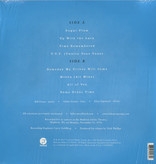 On A Monday Evening, recorded live in 1976, is one of Bill Evans' best late career trio configurations: Eddie Gomez, Evan's longest term bassist, and drummer Eliot Zigmund, who had just joined a year before this was recorded. The trio's approach this night in Madison, WI was crisp and lively, their harmonic complexity was full of jazz zing. This entire performance has never been heard until now.

The set list consisted of tunes that were mostly familiar Evans' vehicles: "Time Remembered", "T.T.T. (Twelve Tone Tune)", "All Of You", "Some Other Time" and "Someday My Prince Will Come". The dreamy version of "Minha (All Mine)" lightens up the generally more propulsive atmosphere.

This period this period showcase Bill Evans as a strong player, able to whip out lyrical phrases almost on a whim, and having an exceptionally strong connection with Gomez. The rhythm section doesn’t make an appearance until nearly halfway through, when Zigmond comes in with a crash and Gomez starts soloing. As a trio, they’d been together for only a short time, but the interplay between them is nearly telepathic. They’re almost able to anticipate where everyone else is going.