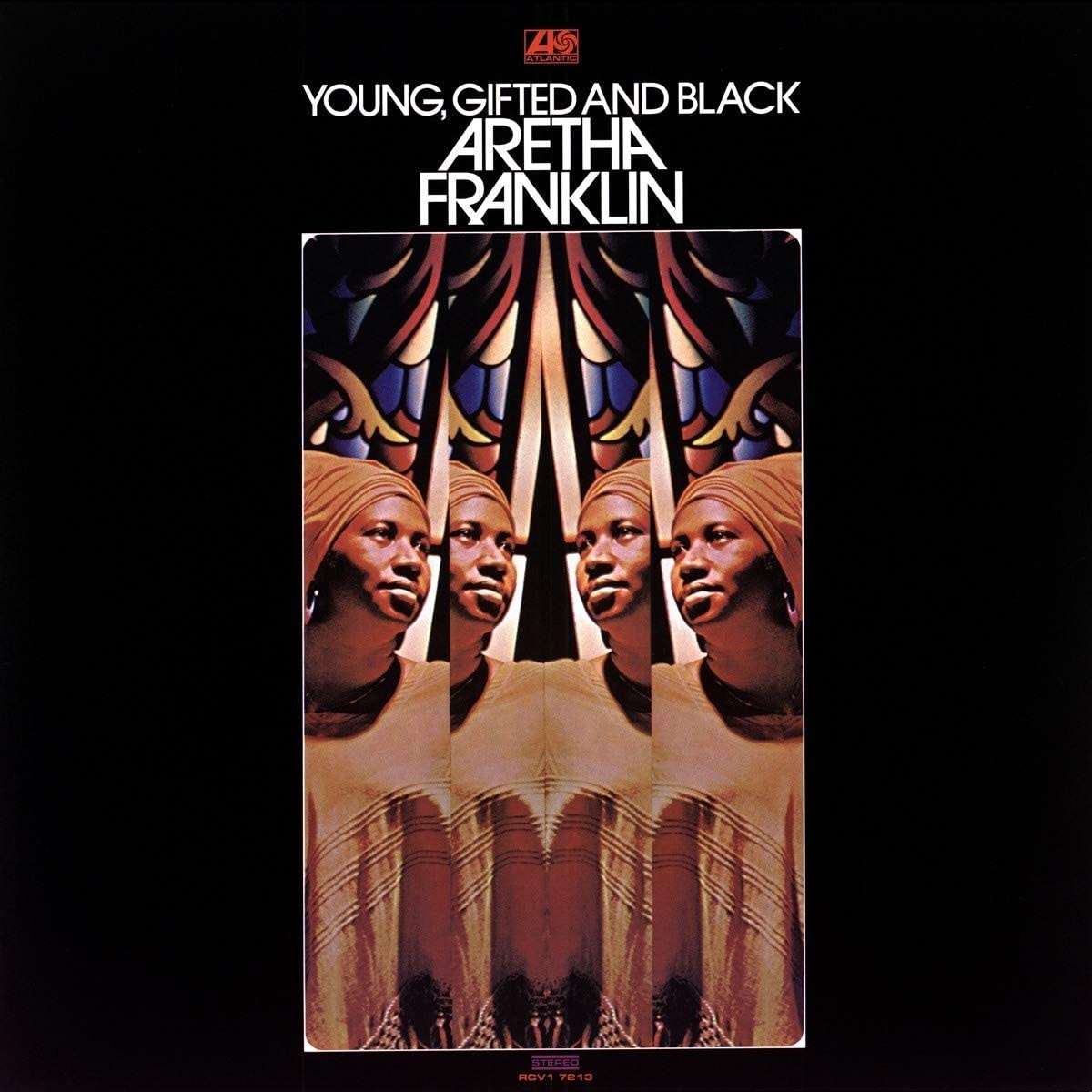 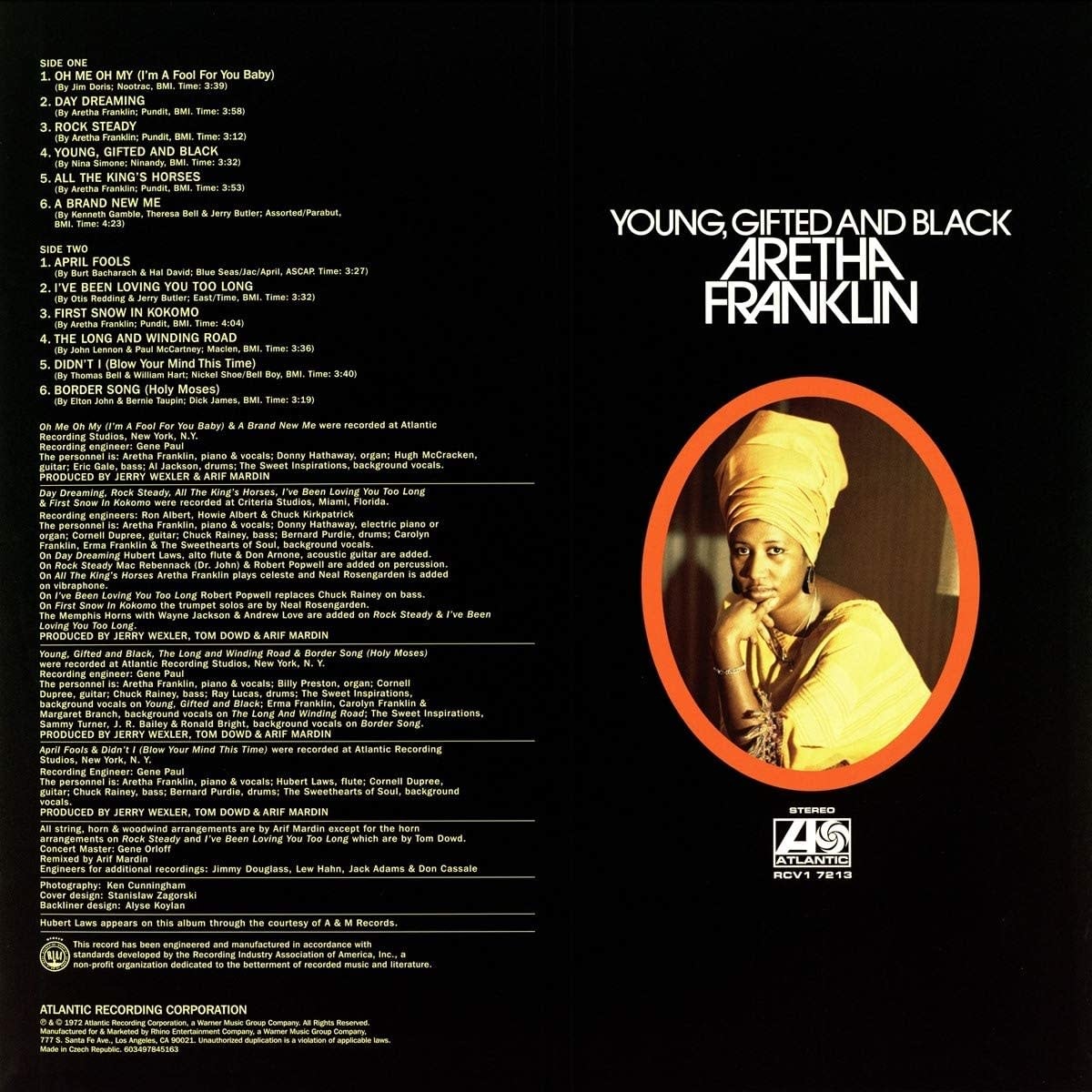 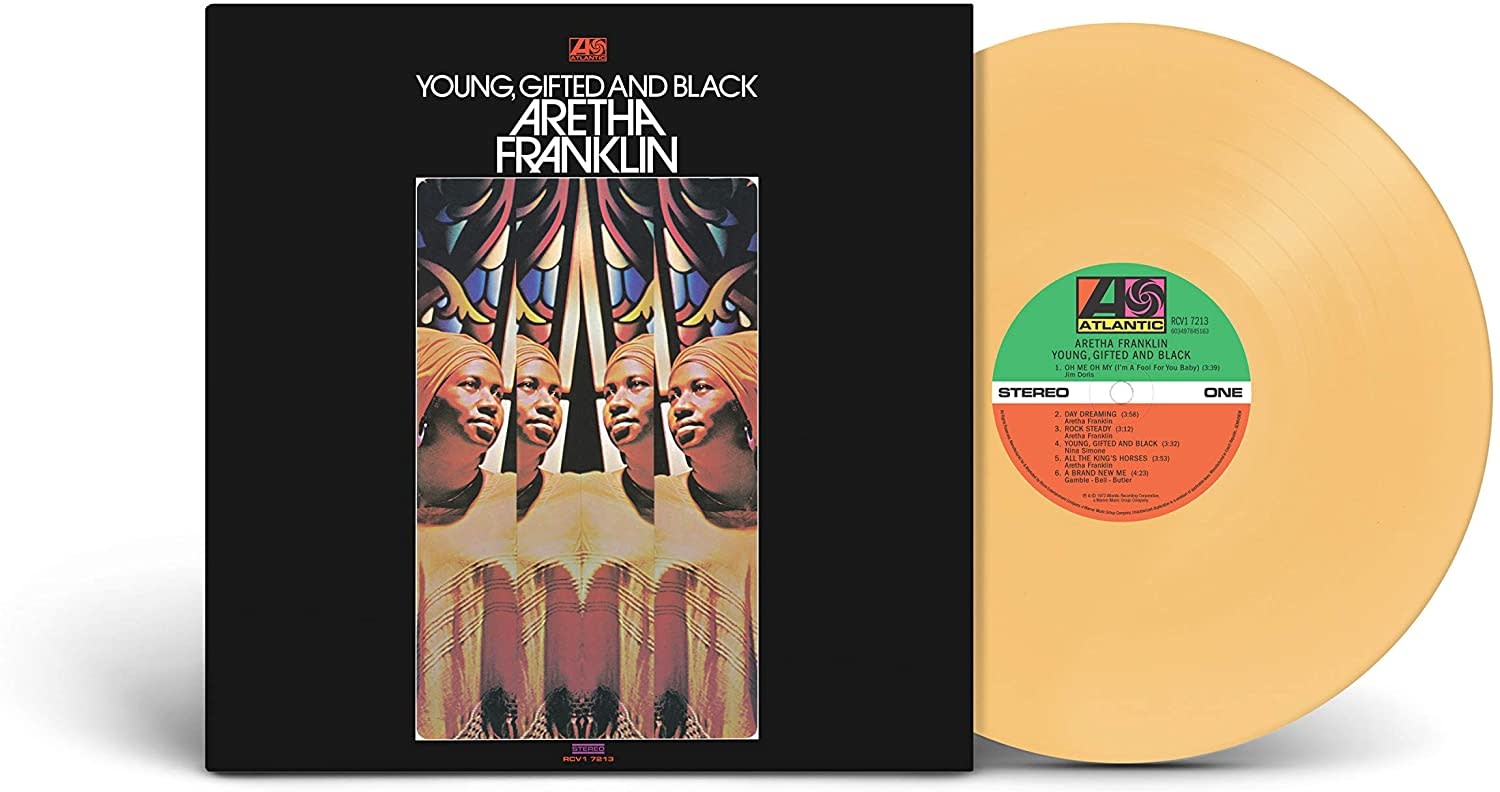 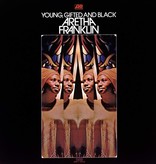 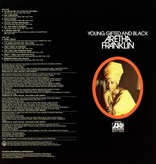 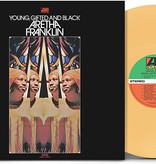 Young, Gifted and Black is a remarkable album, finding Aretha Franklin at the peak of her powers. It appeared chronologically between her two groundbreaking live records Live at Fillmore West, which celebrated her acceptance by the rock audience, and Amazing Grace, which placed her at the heart of her gospel roots. On Young, Gifted and Black she acts as a conduit for all her influences, and produces a mesmeric, frequently rapturous work. Unlike some of her previous albums, Young, Gifted and Black stands as a complete work and her own compositions rank among her best.

When she went to record the album, Aretha Franklin was in the midst of cultural and personal shifts that defined her newfound pride, confidence, and vigor. America was in a fury of rage and tension, with countless citizens struggling to come to terms with Vietnam, the election of Richard Nixon, and the assassinations of Dr. Martin Luther King, Malcolm X, and John and Robert Kennedy.

Franklin, along with producers Jerry Wexler, Tom Dowd, and Arif Mardin, wrapped righteous tapestries of gospel-infused soul, streetwise funk, gusty blues, and sophisticated jazz around Franklin’s commanding vocal dexterity. There is an undeniable polish and immediacy in the twelve compositions that underscored Franklin’s commercial revitalization by that time.